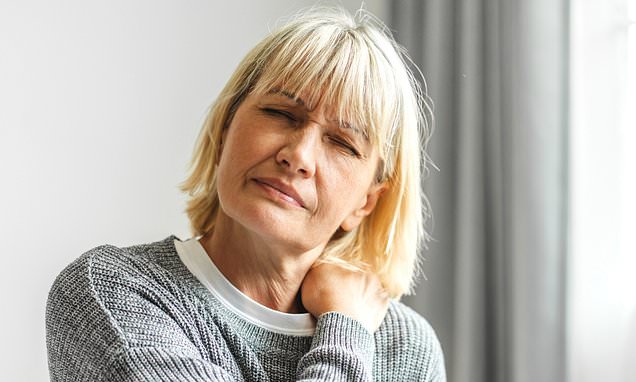 Polyester patch that ‘draws in’ water could be new treatment for shoulder pain, study finds

A patch made of polyester that ‘draws in’ water, could be an effective treatment for shoulder pain, a new study suggests.

The UK-developed patch is used to augment the surgical repair of a damaged rotator cuff, and is designed to help prevent recurrence of the problem.

The shoulder is a complex ball and socket joint. It is formed by three main bones: the collarbone, shoulder blade and upper arm bone — the latter forms a ball, called the humeral head, which rests against a socket in the shoulder blade.

Although it is a ball and socket joint like the hip, the shoulder socket is shallower as it has to allow a wider range of movement. In contrast, the main purpose of the hip is to provide stability. 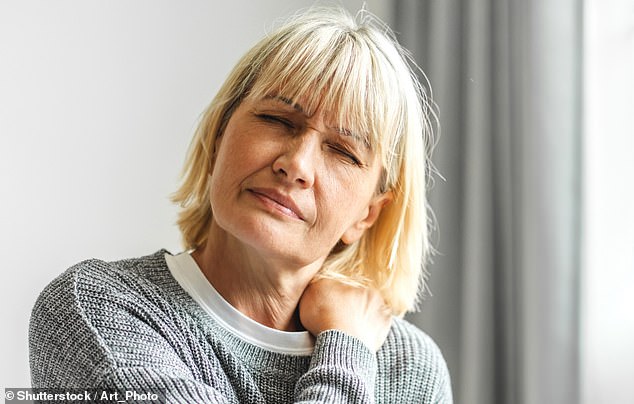 The UK-developed patch is used to augment the surgical repair of a damaged rotator cuff, and is designed to help prevent recurrence of the problem [File photo]

A group of muscles and tendons, known as the rotator cuff, keeps the ball in the socket. As the joint moves, the tendons hold the ball in place.

But these tendons often tear, particularly as we age. This restricts movement and causes pain. A tear can happen suddenly, for example when falling on an outstretched hand.

Exercises to restore strength and range of motion, and steroid injections are among first-line treatments for a partial tear — where one of the rotator cuff muscles becomes frayed or damaged.

In a complete tear, the tendon is pulled off the bone and has to be stitched back.

More than 10,000 rotator cuff repairs are done each year in the UK, but up to 50 per cent fail in the first 12 months, which can end in long-term disability. The bigger the tear, the lower the chances of the repaired tendon (which is about as thick as a little finger) healing.

Although patches have been used before, the new one — that is stitched over the surgical repair — provides a ‘scaffold’ for the repair to improve the fixing of the tendon to the bone.

It has thousands of tiny holes or perforations, into which new tissue can grow. The polyester itself is treated to make it hydrophilic, which means it attracts water. This encourages tissue cells which contain water, to attach. The kind of polyester used in drip-dry shirts normally repels water.

The patch is designed both to strengthen a repair, and reduce the tension across the repair, a risk factor for the tear to recur.

A peer-reviewed study, yet to be published, involving 29 patients in Leeds, showed all improved after having the patch surgery. One patient went from near paralysis of the joint, to fully functioning. On average, there was a threefold improvement in movement and in pain.

Two other trials have found similar results. Further, larger studies are needed to see if the patch reduces tear recurrence.

Professor Chris Peach, a consultant elbow and shoulder surgeon at the OrthTeam Centre in Manchester, is leading a worldwide clinical trial to see if patches help the tendon heal better.

He said: ‘I think that biological augments such as this one are the future of rotator cuff tendon repair surgery. But it is incumbent upon us as responsible surgeons and scientists to prove this technology works through larger clinical trials before it is adopted more widely in the NHS.’

A brace is just as effective as a cast for healing ankle fractures, say scientists at the University of Warwick. In their study, 669 patients were given either a cast or a removable brace. There was no significant difference in their ability to use their ankle when walking, running or jumping four months later, reports the BMJ. The scientists suggest that although the outcomes were the same, the removable brace might be better than a traditional cast, as it allows muscle-strengthening movement.

People with type 1 diabetes will be given an artificial pancreas in a groundbreaking NHS trial.

Their blood sugar levels will be constantly monitored via a sensor under the skin that sends the data to a smart device.

This calculates and adjusts the amount of insulin needed, which is delivered by a pump attached to the body. It is hoped the technology will prevent life-threatening hypoglycaemic attacks (where blood sugar levels drop too low) and replace painful fingerprick tests to check blood sugar levels.

The device will be offered to 1,000 participants in a study at 25 centres around England to see if it should be adopted by the NHS.

Children who snore might be at greater risk of high blood pressure as teenagers, with boys at greater peril, reports the journal JAMA Cardiology. However, children whose snoring has improved by their adolescent years showed no greater risk. The findings, from Penn State University in the U.S., were based on 421 youngsters.

It’s a common problem with age, usually owing to declining levels of hormones such as oestrogen. Now scientists have developed a device — effectively a headband with LED lights attached — to treat it.

The lights are ‘non-heat’ producing, or cold, which is thought to increase the flow of blood and therefore nutrients to the hair cells, so stimulating growth.

The scientists from Bodian Dermatology Clinic in the U.S. will compare the effects in 40 women — some of whom have been treated and others who haven’t — over a 12-week period.

How to boost happiness hormones. This week: Call a loved one

It’s known that close contact between a parent and their child releases the calming hormone oxytocin, but just hearing your mother’s voice on the phone could trigger it, too.

In a study in the journal Proceedings Of The Royal Society B in 2010, girls aged seven to 12 were asked to speak to or hug their mothers after a stressful situation (either giving a speech or answering maths questions in front of others).

The scientists tested their levels of the hormones cortisol (a measure of stress) and oxytocin, and found that simply speaking to their mother led to the same rise in oxytocin as the physical contact.

While the study was conducted on children, the researchers say it’s likely that we don’t grow out of this.

So, next time you’re feeling down, you know who to call. 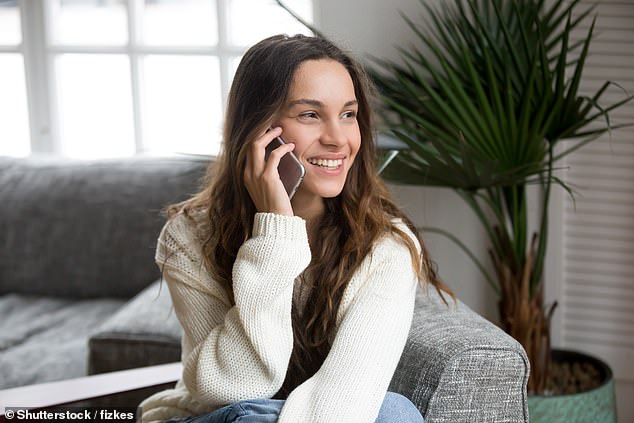 It’s known that close contact between a parent and their child releases the calming hormone oxytocin, but just hearing your mother’s voice on the phone could trigger it, too

Deet: Or N,N-diethyl-m-toluamide is the main ingredient. The yellowish oil repels insects such as mosquitos, ticks and fleas. It was once thought DEET stopped insects from smelling the chemical 1-octen-3-ol, found in human sweat and breath.

Recently, studies have shown mosquitoes just dislike DEET’s smell. Developed in 1944 for the U.S. Army, it was first used by civilians in 1957.

Ethyl-alcohol: Also known as ethanol, this liquid is used to dissolve the DEET. It also has antiseptic properties.