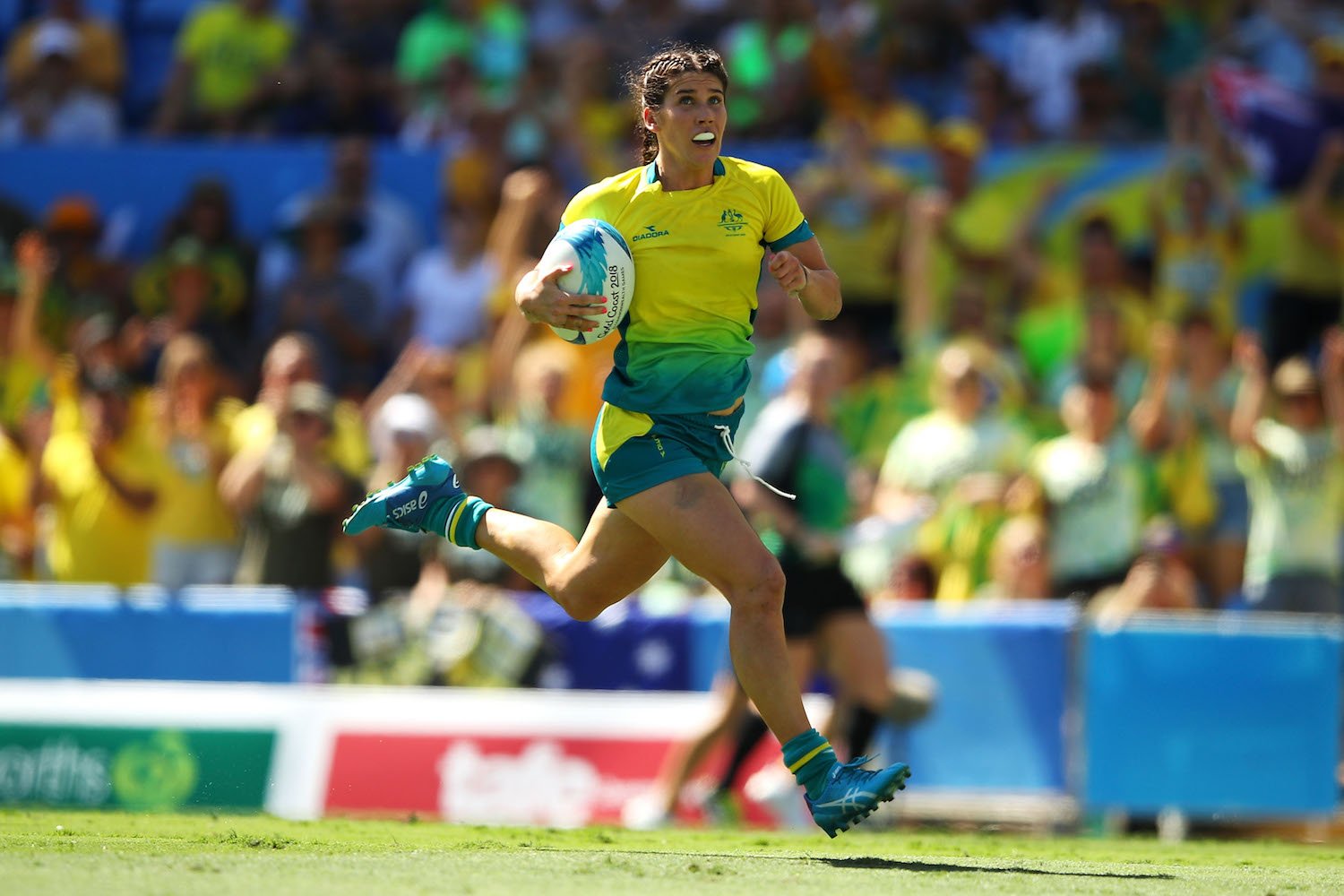 She’s been heralded as one of the best women’s Rugby Sevens players on the planet and there’s no doubting Charlotte Caslick’s incredible skills on the field. One of the standout players in Australia’s 2016 Rio Olympic team that brought home gold (she scored seven tries, including one in the final), the 23-year-old recently re-signed with Rugby Australia and is committed to Sevens for the next two years (with an eye to competing at the 2020 Olympic Games in Tokyo).

Although she doesn’t have the traditional rugby player build – Charlotte is small and speedy – she knows how to train her body for the game.

“I have a big focus on upper body strength as it’s really important for the contact aspect of my sport,” Charlotte says.

Charlotte has a long history in competitive sport, representing Australia in touch football at the age of 16, which she says has helped fuel her fitness.

“I’ve always had strong legs from doing athletics when I was younger so that’s been a huge help with rugby. I’m also very appreciative of the cardio base I developed at a younger age, as it allows me to focus on speed now.”

Stoked to be staying with my favourite girls and @aussie7s for another 2 years! We all know that we have a lot of work to do both individually and as a team but we’re working hard to get there! Let the fun begin ???

Strength is a key word in many aspects of Charlotte’s life, including her hair.

“We are in the sun every day and often in chlorine recovery baths, so my hair gets damaged. It’s also always tied back very tight, usually in braids which can take its toll.”

To build her mental strength and calm nerves during competition time, Charlotte believes that being as prepared as possible is key.

“Control the controllable. In a team sport like Sevens, which is unpredictable, you can only control what you do yourself. If I can get my part right, that’s all I can do.”