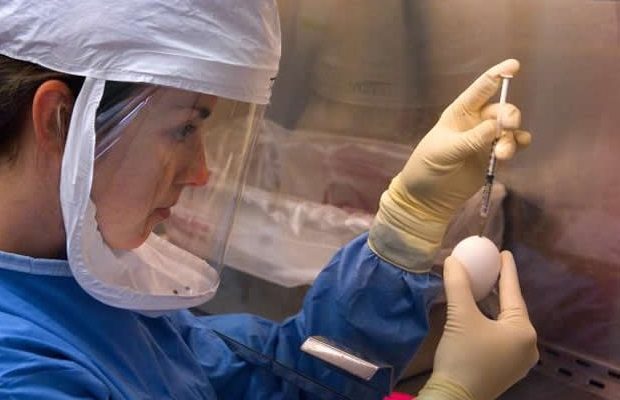 Covid-19 has pushed states to adopt unique approaches to protect their residents, but few have garnered as much scrutiny as South Dakota. Its governor, Kristi Noem, refused to enact a mask mandate or close any businesses. She argued these precautions were a matter of personal choice, even at large gatherings, such as a July 3 political event at Mount Rushmore and the annual motorcycle rally in Sturgis that was connected to covid cases in Minnesota and other nearby states.

This story was produced in partnership with PolitiFact. It can be republished for free.

She sees success in the approach.

In a recent television interview, Fox News personality Laura Ingraham asked Noem, a Republican, why she believes news outlets criticize her handling of the pandemic. Her response: While her state sought to protect high-risk populations and keep hospitals from overflowing with patients, she said, it was done in a way that still allowed residents to earn a living.

“That was a unique approach that, for our people, really worked well,” she said in the segment. “We did have tragedies and we did have losses. But we also got through it better than virtually every other state.”

That got us wondering. Are we really “through” the pandemic? And on what measures is this statement based?

We first reached out to Noem’s office to ask these questions.

In an email, communications director Ian Fury didn’t address the first question. On the second, Fury cited South Dakota’s standing in these categories: vaccine distribution, unemployment, the number of people moving to the state and the state’s budget surplus.

Fury dismissed using an “apples-to-apples” comparison between South Dakota and other states on measures such as deaths and case counts, saying such assessments are flawed because the timing of surges and the metrics used can vary by state.

Expanding the lens on how South Dakota’s doing

Several measures can offer clues as to how a state is managing the pandemic, experts said.

In the health category, the number of deaths per capita is one way to track the most severe covid cases, said Kumi Smith, assistant professor of epidemiology at the University of Minnesota.

This metric is not a real-time snapshot of how quickly the virus is spreading in a community, given the lag in reporting deaths. But, Smith said, it can provide “a much fuller picture of what’s going on with the pandemic” than case counts alone. That’s because case counts can wax and wane depending on other factors, such as the availability of coronavirus tests and which populations a state prioritizes for testing, she said.

In South Dakota, 1,815 lives have been lost to the pandemic, making its per capita death rate 205 deaths for every 100,000 residents as of Wednesday, according to data from the Centers for Disease Control and Prevention. The state’s death rate ranks among the top 10 in the nation.

Another key metric is positivity rates — or the percentage of people tested who have the virus. It can indicate whether a state is regularly testing enough residents, said Dr. Amesh Adalja, an infectious diseases physician and senior scholar at the Center for Health Security at Johns Hopkins University.

Positivity rates vary by how they are calculated. Data from the South Dakota Department of Health and the CDC shows the average weekly positivity rate peaked in the spring. Few tests were being done at the time, which means every positive result would have had a greater impact on the rate. Johns Hopkins’ covid tracker, which uses a different method, shows the state’s rate peaked in November.

High positivity rates can indicate a lack of adequate testing that allowed the virus to spread unchecked, said Adalja. “Their death count may be even higher,” he added, because some of those cases may not have been properly tested and identified as caused by covid.

Last week, the positivity rate hovered slightly under 7%, as reported by the state. Johns Hopkins researchers placed the figure closer to 20% as of Feb. 3. Both are above the 5% maximum rate recommended by the World Health Organization to reopen a community.

Hospitalization data — specifically, the number of intensive care unit beds occupied — can also help gauge how a state is handling the pandemic, public health experts said. By comparing the number of beds occupied in intensive care units during the pandemic with the year before, said Smith, the metric can show whether hospitals could keep up with the demand caused by the virus.

News reports indicate some South Dakota hospitals struggled to keep up with demand in the fall when the state’s outbreak peaked. As of Wednesday, state data shows, about half of adult and pediatric ICU beds in the state were available.

Public health experts noted South Dakota has emerged as a national leader in distributing covid vaccines, ranking among the 10 states with the most residents vaccinated per capita. While the vaccines do offer a way out of the pandemic, “I do think that we are still at the very, very beginning of a very long end,” said Smith.

Most of the metrics Noem’s office highlighted related to South Dakota’s economy. And, indeed, the state has the lowest unemployment rate in the country and ended the budget year with a $19 million surplus.

How did the state manage to pull that off during a pandemic?

Evert Van der Sluis, a professor of economics at South Dakota State University, said several factors helped. The state experienced less of an economic decline than initially projected at the start of the pandemic because of federal aid, conservative revenue projections and a multibillion-dollar investment in wind energy, he said.

South Dakota — where agriculture is the top industry — also benefited from billions of dollars in direct federal government payments to farmers, said Van der Sluis. While some of these payments were connected to the pandemic, others helped offset the financial losses caused by fallout from a U.S. trade dispute with China.

However, Van der Sluis said, these indicators don’t capture the depth of the damage caused by the pandemic.

They also don’t necessarily highlight how a state has done better than others because they don’t take into account that variations in population density, tax revenue and industries all influence how a state manages an outbreak.

“We can talk about economic well-being,” he said, “but some of the enormous harm done by covid is not reflected, at least in the short run, by economic measures.” It may become apparent in long-term measures like health care spending and lost productivity, he added.

While the lack of lockdowns also may have played a role in keeping South Dakota’s economy afloat, said Lucy Dadayan, a senior research associate at the Urban Institute, there are other states that raked in cash while implementing strong public health measures. Case in point: California.

As reported by Politico, California defied expectations of an economic downturn because of tax revenue from its wealthiest residents and their stock market gains. Ultimately, Dadayan said, a state’s ability to stay financially afloat is dependent on a variety of factors — which makes it more difficult to draw comparisons between states and their economic performance during the pandemic.

“It all matters,” she said.

Both public health measures and fiscal stability represent important pieces to forming a full picture of how the state is handling the pandemic, experts said.

As Van der Sluis noted, these metrics are blunt instruments when measuring the damage done by the death of a loved one.

In addition, comparing states wholesale is difficult, given their differences and the dynamic nature of the pandemic, as various sources noted. And, though South Dakota is experiencing a decline in case counts, with 109,580 cases to date and growing concern nationwide about the virus’s emerging variants, it’s hard to say the state has “come through” the pandemic.

Noem’s statement on South Dakota’s performance cherry-picked the data, emphasizing the state’s economy while giving less weight to the lives lost and the burden of disease its residents suffered. We rate it Mostly False.