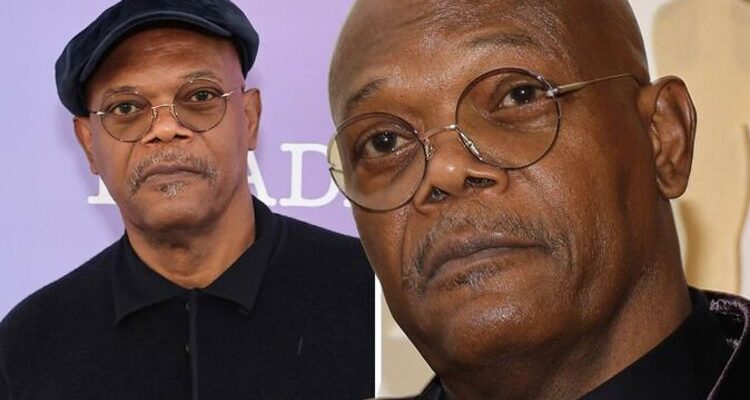 In a new interview, Jackson was joined by his wife of 41 years, LaTanya Richardson Jackson, who also co-produced the limited series The Last Days of Ptolemy Grey. Playing a character with Alzheimer’s meant that the Oscar nominated actor reflected on his own personal experience with the illness, which approximately affects around 900,000 people in the UK. Not only did the actor lose his mother to Alzheimer’s but also his aunt, uncle and grandfather.

“It’s such an insidious disease. It’s a horror to watch. And we watched his mother go through it,” LaTanya explained back in March.

Despite the heartbreak, Jackson used his family’s experience with the condition as motivation to tell the story of Ptolemy Grey. He added: “I was creatively interested in telling the story of someone with Alzheimer’s that was able to make the choice to take a ‘fantasy’ drug that would give them their memories back, no matter the cost.

“It is a chance that people don’t have in real life and I thought it was a powerful vehicle to share Ptolemy’s story.

“It shows that in spite of their disease, these people still have value and meaning, and they are people that still deserve to be cared for. As they [his family] passed on, I just became more determined to tell this story and get it out there. And make sure people understand that the people they loved are still there, inside that person, so you can’t throw them away.

“You have to care for them and love them as if they’re still contributing to your life.

“It also shows that even though they can’t communicate well with the outside world, their minds are still active and they are in a different mental space. Hopefully, people will see how important it is to still actively love and care for people with Alzheimer’s.”

As the Alzheimer’s Society explains, that the majority of dementia types cannot be inherited or passed down through family members. However it is possible that in rarer types of the condition there may be a genetic link.

One of the types of dementia that may be inherited is known as frontotemporal dementia (FTD). The Alzheimer’s Society explains that the condition is rare, but it can be directly passed on from parent to child.

Most FTD is not directly inherited, but about 40 percent of people who develop the condition will have at least one close relative diagnosed with some kind of dementia. This can include FTD, Alzheimer’s disease or amyotrophic lateral sclerosis (ALS) (sometimes known as motor neurone disease).

In general, “the greater the number of relatives who have had dementia – particularly FTD or ALS – the greater the chances of developing ‘familial’ FTD”.

Due to the possibility of inheritance, Jackson spoke about his own health fears. He said: “Of course. I have times when I can’t remember a name that I know I know.

“Or walk in a room to get something and go, ‘Why am I in here?’ But I also still remember pages of dialogue a day.

If you or someone you know is worried about Alzheimer’s, it is useful to understand the first symptoms that can indicate you have the disease. These symptoms include:

The NHS explains that getting an accurate and timely diagnosis of Alzheimer’s disease can give you the best chance to prepare and plan for the future, as well as receive any treatment or support that may help.

Unfortunately, there is no single test that can be used to diagnose Alzheimer’s disease. And it’s important to remember that memory problems do not necessarily mean you have Alzheimer’s disease. When seeking help from a GP, they will ask questions about any problems you’re experiencing and may do some tests to rule out other conditions.

If Alzheimer’s disease is suspected, you may be referred to a specialist service to:

If diagnosed with the condition, medication is available to help relieve some symptoms of the disease. Psychological treatments such as cognitive stimulation therapy may also be offered to help support your memory, problem solving skills and language ability.