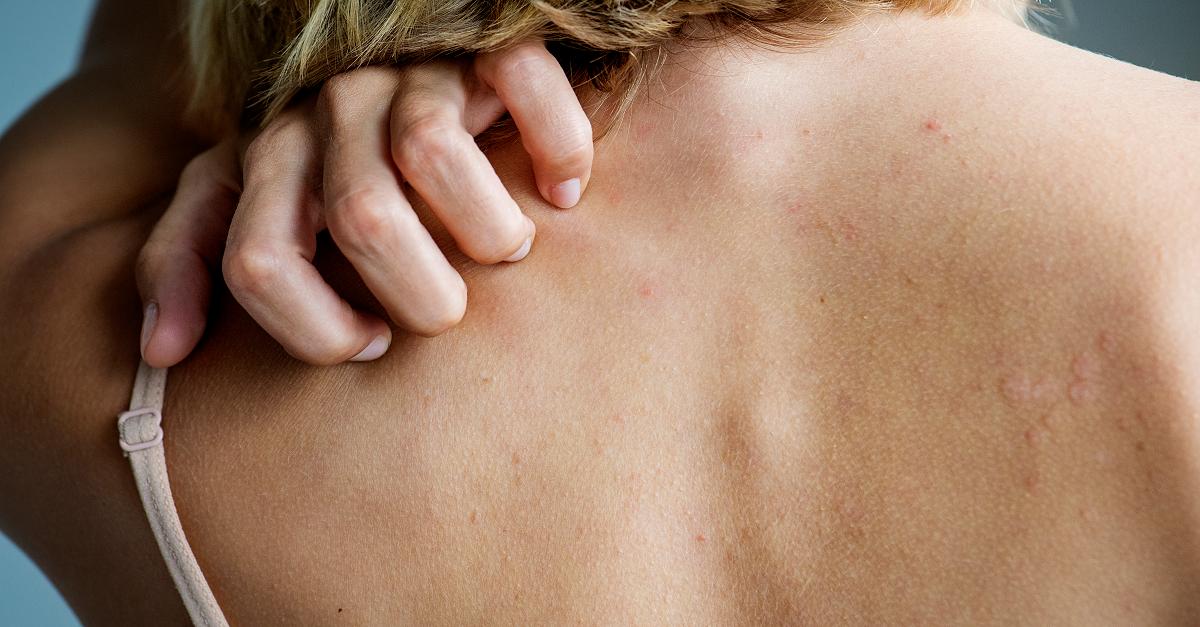 In Schmalkalden in Thuringia, the scabies has broken out. In the meantime, all municipal kindergartens and schools of the city are affected. The district office speaks of 120 Patients, which could be dark number is much higher. Now, the first cases have been in the Hessian town of Burghaun reported.

In and around Schmalkalden (Thuringia), has broken out in kindergartens and schools, the scabies. Within a week the number of cases increased to 120 cases. Also in Burghaun in the Kreis of Fulda (Hesse), there are now Diseased, infected by itch mites. Affected facilities, the knights-of-Haune-primary school and crèche day care. This was confirmed on request of osthessen news, the heads of the respective institution.

Parents must submit a clearance certificate

Therefore, to be infested in the children, a child crib, which is apparently for an older sibling. After this case was known, was closed in the beginning of the week, the health Department and the parents are informed and all necessary steps to counter it. In the crib ten small regular children, currently half of it was missing but because of colds. As the daycare Director reported, to be immediately have been all the items made of fabric such as clothing, Blankets, stuffed animals, and Slippers of the children and the premises disinfected, treated.

The parents must now submit a clearance certificate from the doctor before their children are allowed back in the crib. The Director sees no reason for panic. Itch mites infestation is not a sign of poor Hygiene or neglect. You could be attacked in the garden or by staying under trees.

The head of the knight-of-Haune elementary school, Birgit Ludwig-Triesch, reported by a total of four cases, at their school in Burghaun. Here, too, the health was informed and parents informed about the need for a medical certificate. She, too, sees no reason for concern. Risk of infection does not exist in the case of itch mites by mere skin contact. Since the children have to cuddle for ten minutes under a blanket, quoted osthessen news, the elementary school Director.

“Not all people who seek treatment, are also ill,” stresses Waldemar Olk, hygiene the responsible physician in the health office. “Some can also be prophylactically treated.” The health Department distributed therefore, hygiene precautions, the spread of scabies to curb. “But we can reassure all parents to the extent that it is not a dangerous or infectious disease,” says Olk. Scabies is uncomfortable, but to treat them well and leaves no permanent leave damage.

In the past week, the scabies has been reported for the first time, in the case of a child in a daycare center in Schmalkalden. Now all six of the municipal day-care centres are concerned, the elementary school, the BBZ, and the Gymnasium and other facilities in the Region, such as the Kindergarten in the fast stream or the primary school in Flea. In some facilities, there are only individual cases of disease, particularly strong in the Kindergarten Hedwig meadow and the elementary school in Schmalkalden, however, are affected.

The medical term for scabies is Scabies. The disease is caused by mites. However, not by house dust mites, but by a specific Mite called “Sarcoptes scabiei variatio Hominis”.

These mites are transmitted only from human to human by contact, Pets can be infested with the mites also do not pass. A short contact is not enough, however. It must be a prolonged contact, for example by co-Sleeping in a bed.

Have mites on the skin, they multiply. The males die after mating. The females are drilling in the outer layer of the skin and remain there for a few weeks. In this time they lay their eggs, from divorce but also feces. From the eggs larvae, which reproduce once they are sexually Mature, also develop.

Scabies is generally not subject to the reporting requirement. The infection protection act, however, is requirements: So Affected, or people suspected of having scabies is not allowed to work in care facilities, if there are infants, children or adolescents are housed. Residents of such facilities are suffering from scabies, you may not attend events in the community, the community rooms.

Scabies is not nearly as contagious, as is commonly believed or feared. A handshake or a hug are not enough, definitely, to scabies to infect. Itch mites cannot jump or fly. On the skin, you can move about two and a half centimeters per Minute. There is a need for a longer – a minimum of five minutes and very close contact with an infected Person, in order to be itself of the itch mites to infest.

Transmission through clothing or linens is not impossible, but almost excluded. Without the humans, the mites can survive in our latitudes, a maximum of 24 to 36 hours.

By the way, scabies has to do, contrary to widespread opinion nothing to do with a lack of Hygiene.

The indicators and symptoms of scabies

It takes a while until the body reacts with its immune system to the mites. Therefore, the first symptoms occur two to five weeks after the infection with scabies mites.

So scabies is treated

If an infestation is present, it is not enough Washing of the affected pieces at 60 degrees to the parasite to kill the mites survive 50 degrees it is also Advisable to wash all clothes that come into contact can be.

For quick help: you have a exhaust or a condenser dryer, you can plug the affected pieces for an hour in the dryer, as this works with a temperature of 85 to 125 degrees.

To treat scabies, need to be killed off the mites. This is usually achieved by Applying a special ointment with the active ingredient Permethrin, a man – made insecticide. There are other ointments with other drugs that also help. In addition to the topical treatment with ointments, the scabies can also be treated by a drug to Swallow.

After a few days of treatment, the mites are dead. Because the symptoms are not caused by the mites themselves, but by the immune system, it can torment of the itching and several weeks beyond.

Difficult the therapy only if the disease occurs for example in care facilities. There is the danger of the spread and thus the re-Transmission is particularly large.