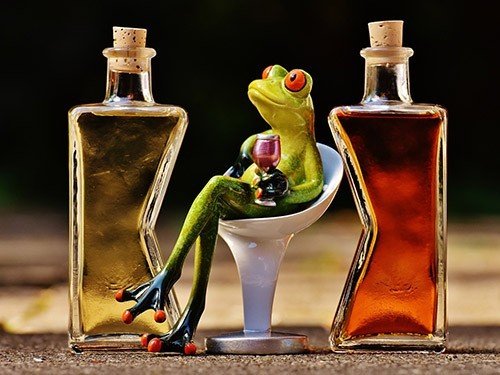 Alcohol abuse does not only mean eating too large quantities. According to the researchers of Pennsylvania state University (Penn State University), there are five types (or profiles) of alcoholics. The person can match each of these types at different stages of his life. The results of the study were published in the journal Alcohol and Alcoholism.

Each of the types according to the researchers, is defined by a set of symptoms. Although each type was observed among people of all ages, some were more common in certain periods of life.

For example, young people are more likely to match a type characterized by the excessive consumption of alcohol followed by hangovers and other withdrawal symptoms. However, older people, aged 50-60 years, most will try to reduce the use of alcohol.

According to the researchers, these types and specific symptoms should be considered when choosing a method of treatment of alcoholism.

Alcoholism can cause many symptoms, starting with the fact that a person begins to drink more and drink longer than intended, before the appearance of withdrawal symptoms. It is believed that a person has a certain degree of alcoholism, if he found two or more symptoms.

To explore how alcoholism varies in people of different ages, the researchers used data from an American nationally representative group of 5402 participants of the National epidemiological survey on alcohol and related diseases. Study participants were 18 to 64 years old, a year earlier they had been diagnosed with alcoholism.