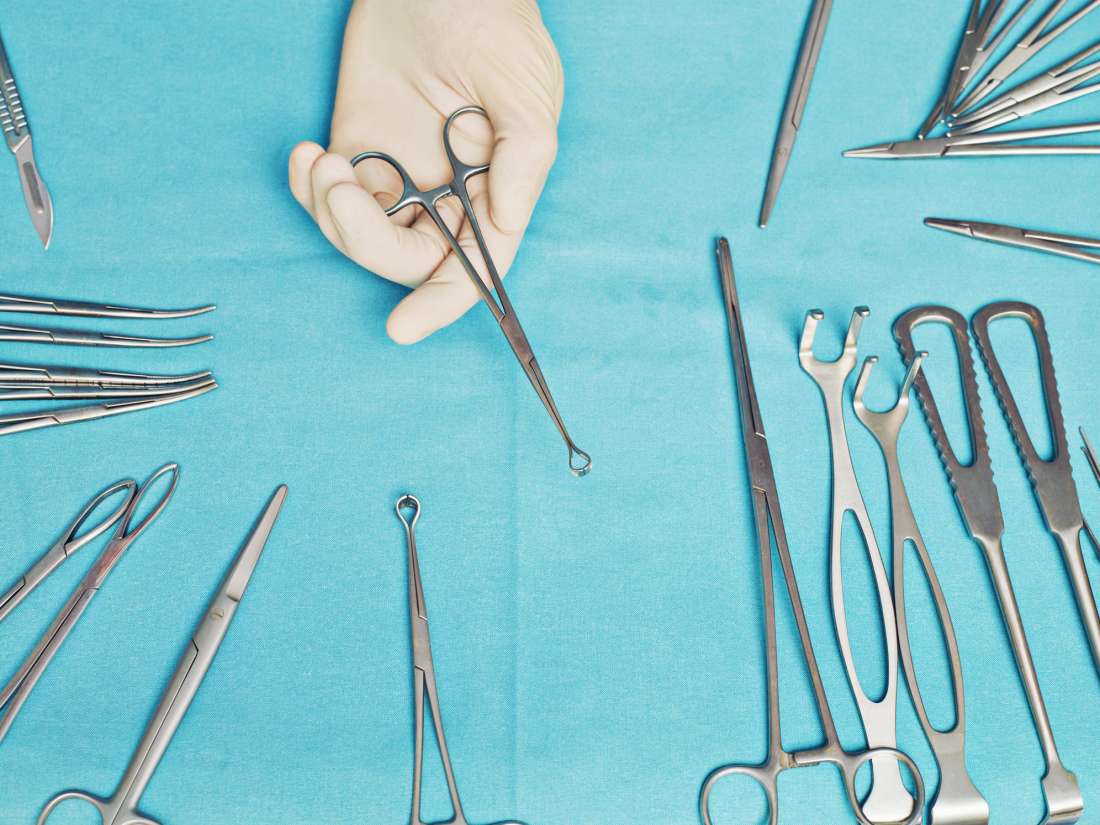 Surgery is normally a skillful, delicate procedure that involves a surgeon and a patient.

However, over the years, for many reasons, one of the players in this classic duet has been absent.

In some cases, a surgeon’s dedication to understanding the human body goes far beyond the walls of the library, inspiring them to cut themselves open.

In other cases, extreme situations have made extreme actions the only viable option.

Self-surgery, or autosurgery, is certainly not a frequent occurrence — especially in modern times. However, it does happen, and below are six extreme examples.

Werner Theodor Otto Forssman was studying medicine in Germany in the 1920s when a professor of his planted a question in his mind. That question was: Is it possible to reach the heart through the veins or arteries without the need for traumatic surgery?

Back then, the only way to access the heart was by conducting a fairly risky surgical procedure.

Forssman came across an article describing how a veterinarian had reached a horse’s heart with a catheter via the internal jugular vein. This transports blood from the brain, face, and neck to the heart.

He came to the conclusion that in humans, he could use a ureteric catheter to reach the heart via the cubital vein, which lies close to the surface of the arm and travels to the heart.

Excited, Forssman told the chief of surgery that he planned to attempt the procedure on a patient.

The chief was rightly concerned for the patient’s safety and blocked his plans. So, Forssman asked if he could carry out the procedure on himself. Once again, the chief responded in the negative.

Undeterred, the young surgeon spoke with the operating room nurse; as the keeper of the equipment, he would need to have her permission.

She was impressed with the idea and offered herself as a test subject. Despite her courage, Forssman was still determined to carry out the procedure on himself.

He strapped the nurse down and pretended to make an incision on her, but he anesthetized his own cubital vein. He managed to advance the catheter 30 centimeters up his arm before the nurse realized that she had been duped.

Forssman asked her to call in an X-ray nurse so that he could chart the catheter’s internal voyage from his arm to his heart.

While they were taking pictures of the catheter, a colleague saw what Forssman had done and attempted to pull the catheter out of his arm. However, Forssman won the ensuing tussle and continued his procedure.

The first images from the X-ray showed that the catheter had reached the level of his shoulder, so he continued feeding it through. Eventually, he achieved his goal: he could see the tip of his right ventricle cavity.

The procedure was a success, but Forssman had gone against the grain and was dismissed from his residency. Unable to find any surgical position, he turned to urology.

Then, 17 years later, alongside two others, he won the Nobel Prize for Physiology or Medicine for his part in the invention of cardiac catheterization.

Forssman’s self-surgery was all in the name of medical advancement, but the next was a fight for survival.

As winter deepened and the sea froze, Rogozov had no hope of returning to civilization for treatment. His only option was to carry out an appendectomy on himself.

This was an operation that he had completed many times, but certainly not under these circumstances.

“Still no obvious symptoms that perforation is imminent,” he wrote, “but an oppressive feeling of foreboding hangs over me…This is it…I have to think through the only possible way out: to operate on myself…It’s almost impossible…but I can’t just fold my arms and give up.”

He recruited three of his colleagues to assist him: one held the mirror and adjusted the lamp, one handed him the surgical implements as he requested them, and one acted as a reserve in case either of the others should faint or become nauseous.

Rogozov also explained how to revive him with epinephrine in case he lost consciousness.

At 2 a.m. on May 1, 1961 — after medicating himself with local anesthetic — he made the first 10–12-centimeter long incision in his abdomen. After around 30 minutes, Rogozov became weak and needed to take regular breaks, but he persevered.

His self-surgery was successful, and after 2 weeks, he was back to full health.

Most of these examples involve medically trained men, but this one bucks that trend. The woman in question had no medical training.

This example of autosurgery took place in March 2000 in a remote Mexican village, where access to healthcare is virtually nonexistent. A 40-year-old mother of eight was carrying her ninth child.

Around 2 years before this case of autosurgery, the woman had lost a child during labor due to an obstruction.

After hours of unproductive labor, she was concerned that she might lose the baby again. So, in a desperate attempt to prevent this from happening again, she decided to perform a cesarian on herself.

In 30 minutes, Dr. Kane injected adrenalin and cocaine into his abdominal wall, cut himself open, found his appendix, and removed it.

In fact, he claimed he could have completed the surgery quicker had his staff not been so nervous.

During the surgery, Dr. Kane leaned a little too far forward and his intestines slipped through the wound in his abdomen.

Though his colleagues were shocked, he remained calm and simply pushed them back to where they belonged.

Just 2 weeks later, Dr. Kane had fully recovered and was operating again. When someone asked him why he had decided to embark on self-surgery, he told them that he wanted to know what it felt like.

Also, and perhaps more importantly, he wanted to demonstrate that it was possible to undergo minor procedures without the use of relatively dangerous general anesthetics.

This wasn’t Dr. Kane’s only foray into self-surgery; at age 70, he decided to repair his inguinal hernia under local anesthetic, and this time, he invited members of the press to attend.

The operation was successful, but Dr. Kane never recovered his full strength. He died of pneumonia within just 3 months.

M. Clever Maldigny, a military surgeon, was plagued by kidney stones. By age 27, he had endured no less than five operations to remove them.

Some of these procedures had caused long-lasting complications, so, in 1824, Maldigny decided that he would remove the sixth stone himself.

Using a mirror and guided by the scars of previous procedures, he opened himself up. He located the neck of the bladder and found the offending article lodged among the scars formed by previous surgeries.

The self-surgery was successful and, according to Maldigny, 3 weeks later “he was tranquil and cheerful as if he had never been a sufferer.”

When a seventh kidney stone appeared some years later, he opted for a new and minimally invasive surgery wherein a surgeon crushes the stone via a small hole.

He did not carry out the procedure himself.

Our final example of self-surgery comes from Romanian surgeon called M. Alexandre Fzaicou. He had developed an inguinal hernia, in which some of the contents of the abdominal cavity push through a weak spot in the wall of the abdomen and form a painful swelling in the groin area.

According to Fzaicou, his hernia was the size of a hen’s egg.

After many attempts at anesthetizing the region with strychnine-stovain, he finally found the right injection point in the groin and got to work.

The surgery took around 1 hour and was a success. Following the procedure, Fzaicou reported headache, insomnia, and pain in the upper abdomen, which lasted 1 week. He had returned to work in just 12 days.

If nothing else, these stories remind us of the amazing things that humans are capable of.

Although it probably goes without saying, Medical News Today do not suggest or imply that autosurgery is the best course of action for anyone.