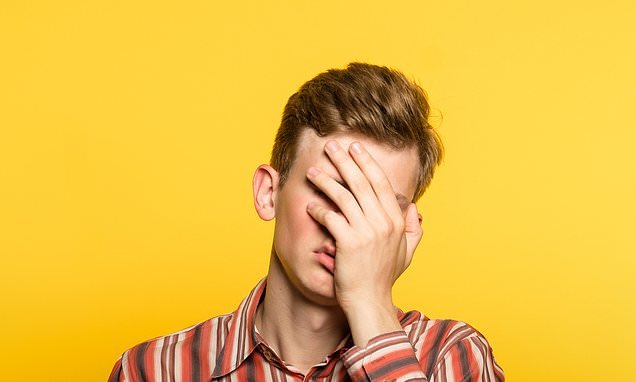 Everyone has secrets – but it’s the ones we’re ashamed of that we are most likely to get hung up on, according to science.

According to the research, people were more inclined to feel shame about secrets relating to their mental health or their physical appearance, but felt guilt when the secrets were about a wrong-doing to another person.

The scientists actually recommended guilt over shame of secrets, but encouraged everyone to take it easier on themselves and their secrets. 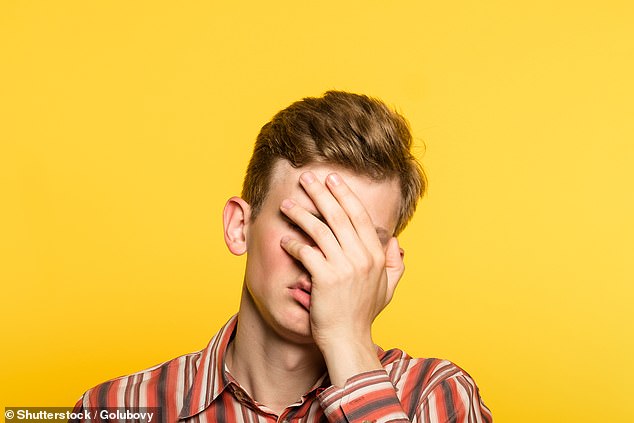 Secrets we are ashamed of haunt our thoughts more often and can drive us to feel worthless and small, new research suggests – and guilty ones are less bothersome

Study lead author Dr Michael Slepian, an assistant professor at Columbia University said: ‘Almost everyone keeps secrets, and they may be harmful to our well-being, our relationships and our health.

‘How secrecy brings such harm, however, is highly understudied.’

The team surveyed 1,000 participants asking a series of questions about secrets they had and how much shame and guilt they associated with those secrets.

Participants were asked questions designed to measure shame, such as ‘I am worthless and small’, and guilt, such as ‘I feel remorse and regret about something I have done.’

Participants also reported the number of times they thought about their secret and concealed it each day during the prior month.

‘Unlike basic emotions, such as anger and fear, which refer to something outside of oneself, shame and guilt center on the self.’

The authors also found that neither guilt nor shame predicted concealment of secrets.

Dr Slepian said: ‘Hiding a secret is largely driven by how often a person is having a conversation related to the secret with the person whom he or she is hiding it from, not how he or she feels about the secret.’

When a person felt shame about the secret, he or she felt small, worthless or powerless, while guilt made an individual feel remorse, tension or regret.

Secrets about one’s mental health, a prior traumatic experience or unhappiness with one’s physical appearance tended to evoke more shame, whereas hurting another person, lying to someone or violating someone’s trust induced more guilt.

Feeling regret did not cause a person to think repeatedly about a secret in the same way that feeling powerless did, according to the authors.

They urged people not be so hard on themselves when thinking about their secrets.

Dr Slepian added: ‘If the secret feels burdensome, try not to take it personally but recognize instead that it reflects on your behavior and you can change that.

‘Guilt focuses people on what to do next and so shifting away from shame toward guilt should help people better cope with their secrets and move forward.’