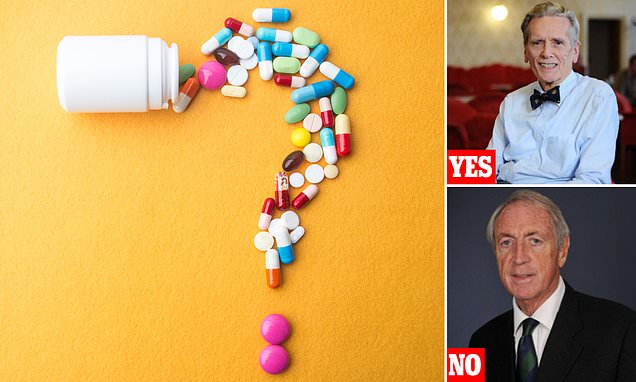 Should everyone over 50 take a daily aspirin pill to cut their risk of certain cancers?

A medicine cabinet staple, aspirin is used by many middle-aged people to keep their hearts healthy. It is estimated that as many as 40 per cent of those over the age of 60 take low-dose aspirin daily, either with or without a prescription, according to a 2017 study by researchers at the University of Oxford.

Aspirin is now only prescribed by NHS doctors to anyone who has had a heart attack or stroke, or to those at high risk because they have heart disease or had previous heart surgery.

But, in recent years there has been a rumbling debate over whether a low dose of this pill should be taken by more people, every day, with research suggesting it not only wards off heart attacks and strokes, but can even cut our risk of certain types of cancer. 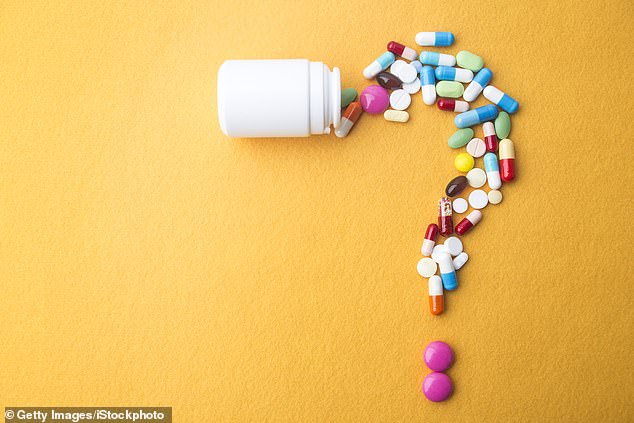 Aspirin is now only prescribed by NHS doctors to anyone who has had a heart attack or stroke, or to those at high risk because they have heart disease or had previous heart surgery (file image)

Already in the U.S., healthy people aged 50 to 59 who have at least a 10 per cent risk of developing heart disease are recommended by the U.S. Preventive Services Task Force to take low-dose aspirin as a preventative measure. So should the same happen here?

Currently in the UK, doctors prescribe a daily 75mg dose of aspirin to high-risk patients. However, the NHS doesn’t recommend that otherwise healthy people take the drug. This is because the perceived benefits are seen to be outweighed by the risks — aspirin can cause serious bleeds.

Yet new research, published last month in the Journal of the American Medical Association, has renewed the debate. This study found that older people who take aspirin three or more times a week over a long period are less likely to develop bowel cancer and breast cancer.

Should healthy people be taking aspirin daily? Here, two of the world’s leading specialists give their views.

I have been taking 75mg aspirin daily as a preventative medication to ward off heart disease, stroke and cancer for almost 50 years — and I’m living proof that it works. 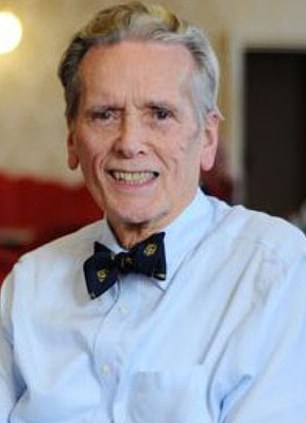 Now 89 years old, my heart is in perfect condition — I’ve had no heart disease or heart attacks —and am convinced that people over the age of 50 should consider taking it daily, particularly if they have a history of heart disease or colon cancer in the family.

The latest study from the U.S. showed that older people who take aspirin three or more times a week are less likely to develop cancers — and this is just the latest in a long line of trials that show a similar effect.

It was one of my earliest studies in the Seventies that uncovered that taking aspirin daily reduced heart attacks and strokes, and started the modern phase of interest in the drug.

As part of my work I have reviewed more than 70 studies into the link and concluded that, as well as the benefit to heart health, there is an overall increase in survival for all cancers by taking aspirin.

As well as thinning the blood and having an anti-inflammatory effect, aspirin enhances the natural mechanism in cells that causes them to self-destruct as they replicate if there is an error in their DNA. If there is an error, the cell can potentially become harmful or cancerous.

This natural defence mechanism ensures that damaged cells do not survive to potentially cause cancer. Every cell also has the ability to repair itself, which is boosted in the presence of aspirin.

We have seen a particular benefit for aspirin in preventing bowel cancer, because the cells of the intestinal tract are more active and divide more frequently than other tissue — for example, bone. This means there is more opportunity for errors to occur — and more use for aspirin.

Another benefit is that aspirin seems to stop cancer spreading, which may be something to do with making the blood less sticky.

Some people point to a risk that aspirin will cause gastric bleeds, because it erodes the stomach wall. But I would argue that this is a relatively small risk.

Ultimately, the question is, does this outweigh the good that aspirin can do? I would say not.

Stomach bleeds occur due to ulcers or infection in about one in 1,000 people a year — and, for the most part, this is not to do with aspirin. Aspirin seems to increase the rate of bleeding, but, crucially, these are not fatal bleeds.

When we assessed studies into this risk, the chance of dying from a gastric bleed was actually higher in people who didn’t take aspirin. In fact, we were able to show that the risk of fatal bleeding was halved in people who used aspirin, compared to those who didn’t, which is very substantial — and even surprised me.

Our theory is that people who take aspirin and experience a stomach ulcer, erosion, or an infection, actually develop gastric bleeds earlier when they are less dangerous and easier to treat.

Without aspirin, it seems that patients develop more serious, potentially catastrophic bleeds at a later stage.

Given what I know from 60-odd years of clinical research, I would start taking a low-dose aspirin from the age of 50, even if I didn’t have any risk factors for heart disease or stroke.

It is an inexpensive, widely available medicine, and we shouldn’t dismiss it because of exaggerated fears about gastric bleeding.

The latest research from the U.S. has given me pause for thought, since it concludes that aspirin may reduce the risk of dying from some cancers.

If I thought I was at high risk of cancer — for example, if I had members of my immediate family who had a history of colon cancer, — I would consider taking low-dose aspirin. But not otherwise.

So why am I so opposed? The fact is that aspirin is not a harmless drug. People tend to underestimate it because it is a drug we all have in our medicine cabinets for everyday complaints such as headaches, coughs and colds.

However, aspirin can cause serious stomach bleeds in some people. If you look at comprehensive analyses, there is clear evidence that the benefits of preventing heart attack and stroke are small and more than outweighed by the risk of bleeding — and this bleeding can be severe, if not life-threatening.

Aspirin is an acid (acetylsalicylic acid), which can damage the stomach lining and cause bleeding. If you take it every day, you are at risk of a bleed.

Aspirin also affects the blood platelets. They are important for helping blood to clot following | a bleed, which makes any bleed potentially fatal if not controlled quickly.

To give you an idea of how serious the effects can be, I recently saw an elderly gentleman in my clinic who was white as a sheet and as weak as a kitten. I took a blood count and he had a quarter of the red blood cells that he should have had.

It turned out he took daily aspirin as a preventative measure and had been slowly bleeding from his stomach for weeks. He was unaware of the constant leak of blood, which he didn’t notice in his stools. It clearly had a major impact on his health.

Studies show that you only need a low dose of aspirin (75mg) to get the beneficial effect — even 30mg may be sufficient. So taking a standard 300mg tablet, prescribed for pain — and many of us are mistakenly doing this — puts people at a greater risk of bleeding with this higher dose, which is unnecessary.

It’s all about comparing the risks and benefits. If you are taking aspirin as a primary preventative — in other words, you are healthy but want to reduce your risk of heart attack or stroke — the risk of bleeding outweighs the benefits.

But if you are taking it for secondary prevention, because you have had a stroke, for example, there is no doubt that taking aspirin can be beneficial. That’s what randomised trials show. 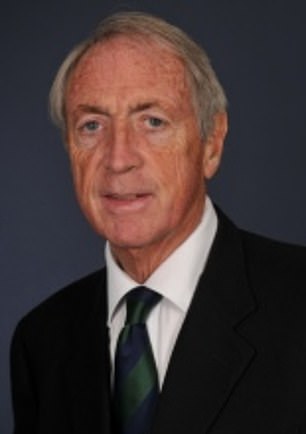 The recent U.S. study that found that older people who took aspirin were less likely to die from cancer, was not a randomised trial, which randomly divides people into groups and looks for differences between those who take a drug and those who don’t.

Instead, it was an observational study, using self-selected people who had signed up for cancer screening. They don’t represent a typical population.

In the study, aspirin use was self-reported, which can be unreliable because aspirin is incorporated into many drugs that are sold under different names, so people may be unaware that they take it.

Other major trials have shown no benefit from taking aspirin in patients who have not suffered from a heart attack or a stroke.

For example, people with diabetes, who have twice the risk of having a heart attack because of their condition, were found to gain no benefit from taking aspirin.

Also, in people with high cholesterol — unless they have had a heart attack or a stroke — the risks of taking aspirin far outweigh the benefits. These high-risk groups should be taking a statin to reduce their risk of death and disability from heart disease and strokes, or change their lifestyles; aspirin is not going to help.

I take aspirin sparingly for a headache or fever and wouldn’t take it for heart health — not at the moment, anyway, as I have no heart disease, so the risks far outweigh any benefit: I’m 75 and haven’t suffered as a result.