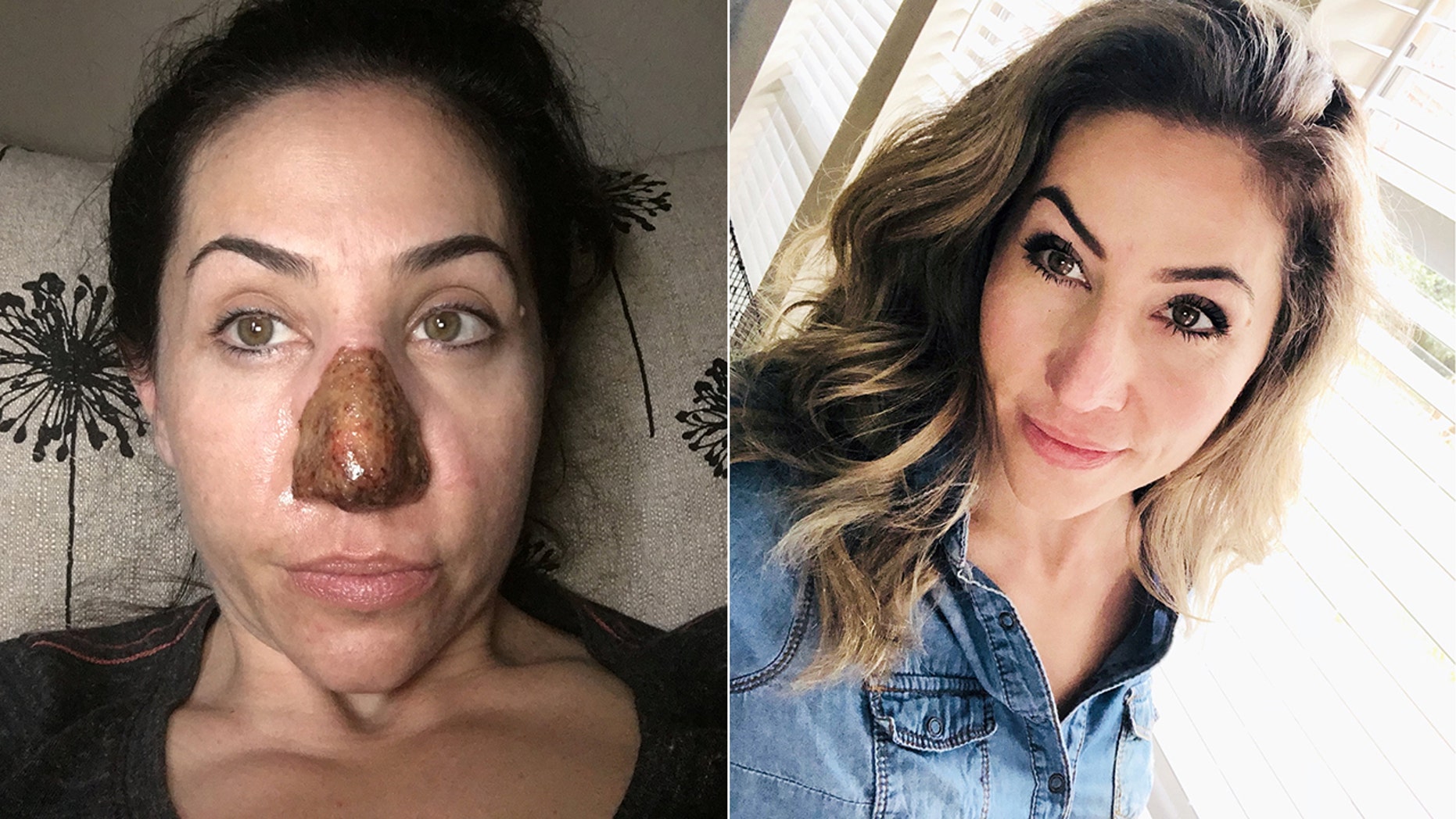 Adrianna Ely had the skin on her nose burned off as part of her treatment plan for a rare condition that caused her nose to morph and double in size.
(SWNS)

A Texas woman who had layers of her skin burned off – which temporarily left a charred, blackened area on her face – said the procedure has helped her regain her confidence and get her life back after a rare condition caused her nose to morph and double in size.

“The procedure took two hours because my doctor said he had to remove double the amount of skin he anticipated,” Adrianna Ely, 39, told SWNS. “It smelled awful, basically he burned my skin off with an aggressive laser. My doctor prepared me for how it would look when it was done but when it took off my mask and I looked in the mirror at home, I was shocked. My skin was charred and oozing. It was black, green and raw.”

Ely had been diagnosed with rhinophyma after noticing the tip of her nose had turned red and bulbous in 2013, SWNS reported. The condition was once thought to be associated with heavy alcohol use, but has since been found to occur equally in people who consume alcohol and those who do not. The cause is unknown, but it may be a severe form of rosacea and leaves patients suffering from a bulb-like shaped nose, many oil glands, reddish color, thickening of the skin and waxy, yellow skin, according to Mount Sinai. 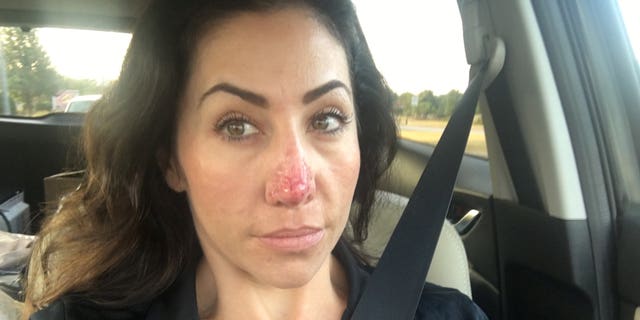 She said her symptoms started with a reddening of the tip of her nose.
(SWNS)

Treatment for the condition includes surgery to reshape the nose and can involve a laser, scalpel or dermabrasion. While it can be corrected with surgery, there is a chance of reoccurrence, according to Mount Sinai. Patients diagnosed with the condition may deal with emotional distress.

“It got to a point where it didn’t even feel like a nose anymore,” Ely told the news outlet. “It felt like a blob without structure. My nose was changing so much that I didn’t even recognize myself.”

Ely said before her diagnosis she was concerned that the changes might be linked to a rhinoplasty she had in 2008, and that at its worst, she had to put her finger “under the tip of my nose just so I could hold my nostril open.”

Ely said she shuttered herself in until she saw a special on the condition in 2017, and approached Dr. Daniel Friedmann, of Westlake Dermatology Clinical Research Center in Austin, who told her about the laser option.

“I had just put my blind faith in someone to burn my skin off. I just prayed and prayed that it would come back,” she told SWNS.

Ely said she returned to work wearing a mask to reduce risk of infection, and to hide her burned flesh. She received weekly laser resurfacing treatments and fillers to reshape her nose, which she said has restored her self-confidence.

“I think this experience opened me up to what others go through and made me more sensitive and compassionate towards other people,” she told SWNS.