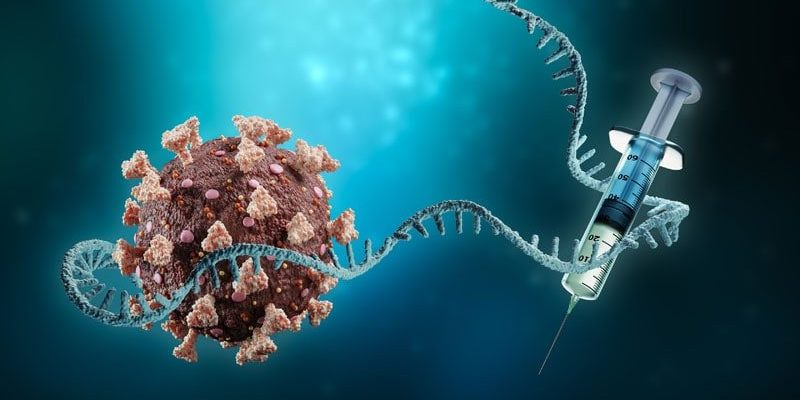 What is believed to be the first case of thrombosis with thrombocytopenia after a messenger RNA COVID-19 vaccine has been reported.

The case report is described in a letter to Annals of Internal Medicine published online today.

A group led by Swathi Sangli, MBBS, Allegheny Health Network, Pittsburgh, Pennsylvania, describe what they say appears to be the development of vaccine-induced thrombosis with thrombocytopenia (VITT) or thrombocytopenia with thrombosis syndrome (TTS) in a 65-year-old man who had received a second dose of the Moderna mRNA-1273 vaccine 10 days before the onset of symptoms.

The patient presented with 1 week of bilateral lower-extremity discomfort, intermittent headaches, and 2 days of dyspnea. He had no known prior heparin exposure.

He was found to have large, bilateral, acute pulmonary emboli with right ventricular strain and acute deep venous thromboses in both lower extremities.

The patient had severe thrombocytopenia, so it was decided not to give systemic anticoagulation and an inferior vena cava filter was placed. The patient received two doses of intravenous immunoglobulin followed by 40 mg of dexamethasone intravenously for 4 days for presumed immune-mediated thrombocytopenia.

Bivalirudin treatment and plasmapheresis was started but the patient continued to deteriorate and died.

After his death, serum collected during admission (but before he received heparin) was strongly positive for anti-platelet factor 4/heparin IgG.

The authors say that, in retrospect, this patient met the criteria for VITT, and the likelihood of this diagnosis is strengthened by the positive platelet factor 4 test of the blood drawn before heparin administration.

“Although we believe the evidence supporting VITT in this case is robust, we cannot rule out atypical HIT or HIT with unrecorded heparin administration,” they state.

“Had we suspected VITT earlier, we would have treated the patient differently,” they note, giving bivalirudin (or another recommended nonheparin anticoagulant) earlier, avoiding platelet transfusions, and conducting more extensive serologic testing of platelet-activating antibodies, as guidelines recommend.

“In summary, we believe it is important to note that many millions of people have received COVID-19 vaccines that use mRNA technology. This is the only report to date of possible VITT or TTS in those recipients, and such a rare event, even if confirmed by additional reports, should not prevent persons from receiving the benefits of these vaccines,” the authors write.

But they add that: “This report complicates hypotheses that implicate adenoviral vectors as the sole cause of VITT or TTS.”

In an accompanying editorial, Allyson M. Pishko, MD, and Adam Cuker, MD, Perelman School of Medicine, University of Pennsylvania, Philadelphia, say that the true incidence of VITT remains unknown, “but it seems to be very rare.”

Until this current case report, there have been no confirmed cases of VITT after either of the mRNA vaccines despite administration in the United States alone of more than 110 million doses of the Moderna vaccine and 135 million doses of the Pfizer–BioNTech vaccine (as of May 7, 2021), they add.

Pishko and Cuker state that this case meets the Brighton Collaboration case definition of VITT, with severe thrombocytopenia and thrombosis without prior heparin exposure. It also fulfils the additional diagnostic criteria outlined in recent guidance by the International Society on Thrombosis and Haemostasis with an elevated D-dimer level and high titer HIT antibodies as measured by enzyme-linked immunosorbent assay (ELISA).

“We are in full agreement with the authors’ decision to treat the described case as VITT and do not advocate delaying treatment in such cases. However, extra caution is needed before attributing the patient’s presentation to the mRNA-1273 vaccine,” they comment.

They point out that the frequency of elevated HIT antibodies in an asymptomatic population is low but not zero, and when they are detected, they are not usually platelet activating. “Thus, weak positivity for HIT antibodies should not be the sole diagnostic criterion for VITT,” they say.

While the antiplatelet factor 4 assay was strongly positive in the current case, which increases the suspicion for VITT, there have been rare cases of “spontaneous HIT” reported, most commonly after orthopedic surgery but also in medical patients in association with infection, the editorialists note.

Although the patient in the current case report had not had recent orthopedic surgery, his blood culture results were positive for methicillin-sensitive Staphylococcus aureus approximately 1 week after presentation, they state. “Had this infection been present on admission, it would be impossible to discern VITT from spontaneous HIT triggered by infection,” they add.

Pishko and Cuker say that the seriousness of VITT, even if rare, should not be downplayed. However, any potential risks of vaccination must be interpreted in the context of the overall morbidity and mortality of COVID-19 itself.

They cite a recent analysis suggesting that even cerebral venous sinus thrombosis, “a characteristic and highly feared manifestation of VITT,” occurred much more frequently in patients hospitalized with COVID-19 (207.1 per million) than after vaccination with an adenovirus-based SARS-CoV-2 vaccine (0.9 to 3.6 per million).

“Overall, it is difficult to establish a link between this fatal thrombotic event and the mRNA1273 vaccine from one case report among the hundreds of millions of vaccine doses administered,” the editorialists say.

But they urge clinicians to be vigilant for VITT, given that prompt recognition and treatment are likely to improve outcomes.

“In the 3 short months since VITT was initially described, several groups have developed guidance on diagnosis and treatment of this entity,” Pishko and Cuker note, adding that management generally involves avoidance of heparin, use of an alternative (non-heparin) anticoagulant, and intravenous immunoglobulin; platelet transfusions should generally be avoided unless necessitated by serious bleeding or the need for emergent surgery.

“The remarkable speed with which clinicians and scientists have recognized this rare entity and developed evidence-based diagnosis and treatment guidelines should bolster public confidence in post-licensure vaccine safety monitoring,” Pishko and Cuker state.

“We remain confident in the safety of the SARS-CoV-2 vaccines and are encouraged by the willingness of the scientific community to report and act on suggestions of any vaccine-associated adverse events,” they conclude.