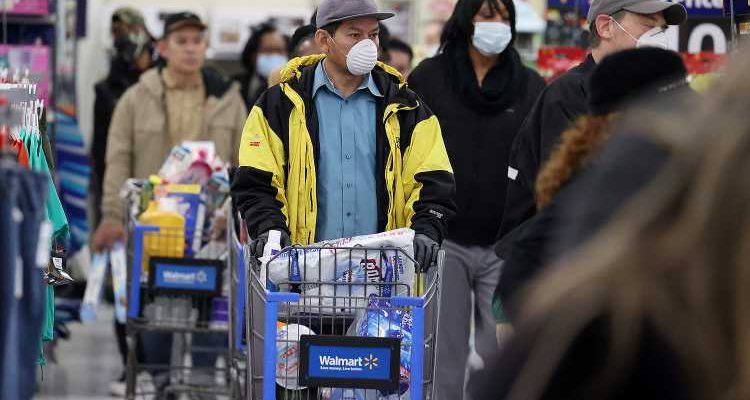 The number of coronavirus cases in the U.S. is likely ten times higher than the 3.9 million cases that have been reported so far, according to new data from the Centers for Disease Control.

Based on antibody testing, which can indicate if a person has had COVID-19, infections are between two and 13 times higher than what has been reported, according to two data sets published by the CDC and the journal JAMA Internal Medicine.

The discrepancy, the researchers said, is likely due to the continued diagnostic testing shortages in the U.S. — which has kept doctors from testing patients that they believe have COVID-19 — and because many people were asymptomatic or only had mild cases of the virus and did not get tested.

The data is based on blood samples from 16,000 Americans who went to the doctor for routine checkups. The samples were then obtained by the CDC and retested at their laboratories for antibodies in a two-step process, making it more accurate than the commercial antibody tests on the market that have come under scrutiny.

The samples were collected over two periods — the first from late March to early May, and the second in May and early June — in 10 regions of the U.S., including New York, Washington, Florida and Utah.

Still, even with the missed cases, only a small portion of Americans have COVID-19 antibodies, far less than the 60 to 70 percent needed for herd immunity.

In New York City, the area hardest-hit by COVID-19 so far, nearly 24 percent of the population had antibodies for the virus in early May — still too little for herd immunity. Other areas had percentages in the single digits, such as Connecticut with 5.2 percent and Missouri with 2.8 percent.

“Even in hard hit areas like New York City, the majority of people have not yet been infected with the virus,” lead study author Dr. Fiona Havers, a member of the CDC seroprevalence task force, said, according to NBC News.

The low levels of antibodies among the U.S. population are proof that reopening all businesses and schools and letting the virus spread to create immunity, as some politicians and pundits have advocated, will not work, researchers wrote in an accompanying editorial.

“The study rebukes the idea that current population-wide levels of acquired immunity (so-called herd immunity) will pose any substantial impediment to the continued propagation” of the virus, at least for now, Tyler S. Brown and Rochelle Walensky, infectious-disease specialists at Massachusetts General Hospital, wrote in the editorial.

“These data should also quickly dispel myths that dangerous practices like ‘COVID parties’ are either a sound or safe way to promote herd immunity.”

Plus, Havers said, it is not yet known how long the antibodies last, or if they protect someone from getting the virus again.

As information about the coronavirus pandemic rapidly changes, PEOPLE is committed to providing the most recent data in our coverage. Some of the information in this story may have changed after publication. For the latest on COVID-19, readers are encouraged to use online resources from CDC, WHO, and local public health departments. PEOPLE has partnered with GoFundMe to raise money for the COVID-19 Relief Fund, a GoFundMe.org fundraiser to support everything from frontline responders to families in need, as well as organizations helping communities. For more information or to donate, click here.