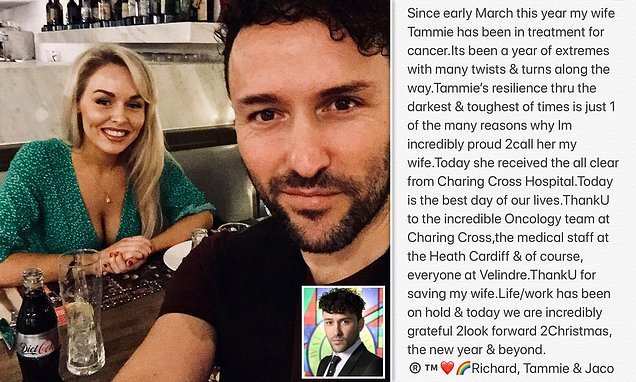 Waterloo Road actor Richard Mylan, 45, thanks the NHS for ‘saving his wife’s life’ as he announces she has been given the all-clear from cancer in a moving Twitter post

TV actor Richard Mylan has thanked doctors for saving his wife’s life after she battled cancer.

Mr Mylan, who plays deputy head teacher Simon Lowsley in Waterloo Road, has announced his wife Tammie, 31, has been given the all-clear after enduring surgery and eight months of chemo.

The 45-year-old Welsh actor stayed off social media for seven months while he supported Tammie as she received specialist treatment in London and Cardiff.

But, in a Twitter post put out yesterday, Mr Mylan said that after ‘a year of extremes with many twists and turns’, his wife is finally disease-free. 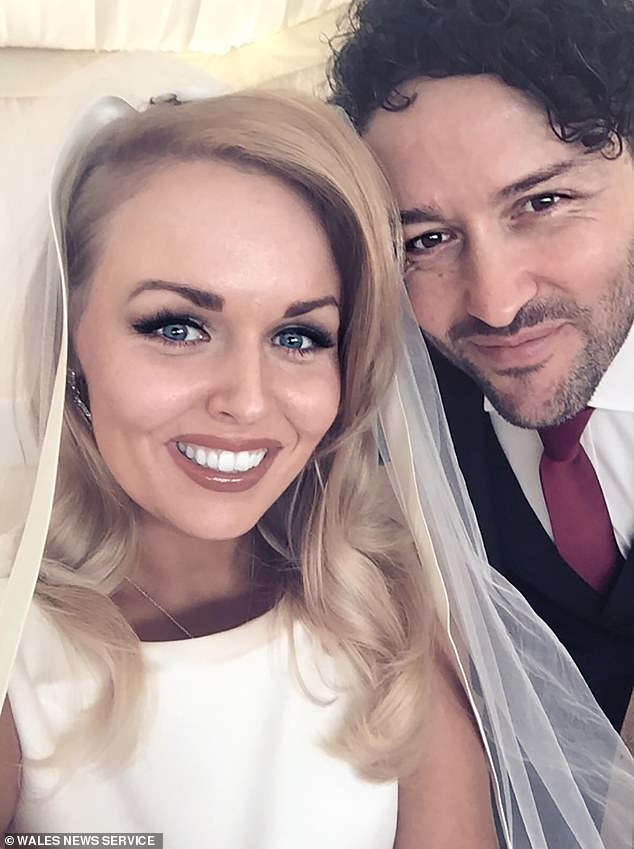 TV actor Richard Mylan has thanked doctors for saving his wife Tammie’s life after she battled cancer. The pair are pictured on their wedding day in 2016, before the make-up artist fell ill 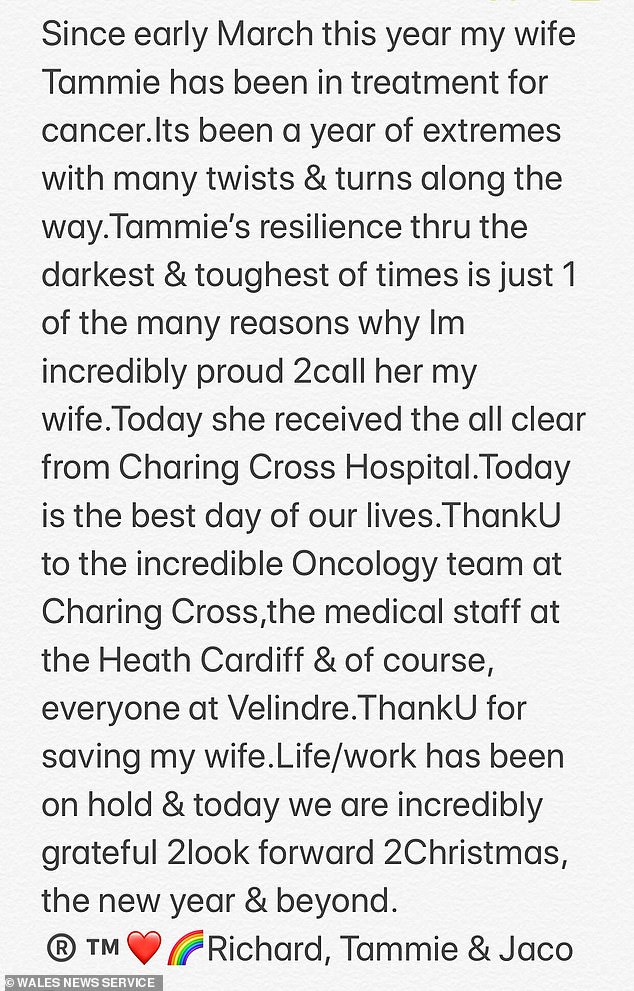 Mr Mylan took a hiatus from Twitter for seven months while she battled the disease but announced the happy news yesterday. He signed the post (pictured) off as being from himself, Tammie and his son Jaco. The actor has won two Welsh Baftas for a show about his son’s autism

The post read: ‘Since early March this year my wife Tammie has been in treatment for cancer. Its been a year of extremes with many twists and turns along the way.

‘Tammie’s resilience thru the darkest and toughest of times is just 1 of the many reasons why I’m incredibly proud 2 call her my wife.

‘Today she received the all clear from Charing Cross Hospital.

‘ThankU to the incredible oncology team at Charing Cross, the medical staff at the Heath Cardiff and of course, everyone at Velindre. ThankU for saving my wife.

‘Life/work has been on hold and today we are incredibly grateful 2look forward 2Christmas, the new year and beyond. Richard, Tammie & Jaco.’

Mr Mylan met Tammie, who is a make-up artist, on the set of Waterloo Road and the pair married in 2016. It is unclear what type of cancer she had.

Speaking of her health battle, Tammie said: ‘After surgery, eight months of chemotherapy and many hurdles along the way, I finally received the all-clear of cancer.

‘So grateful to the wonderful NHS for saving my life. Dr Sarwar and his oncology team in Charing Cross Hospital were superb from start to finis. So grateful.’ 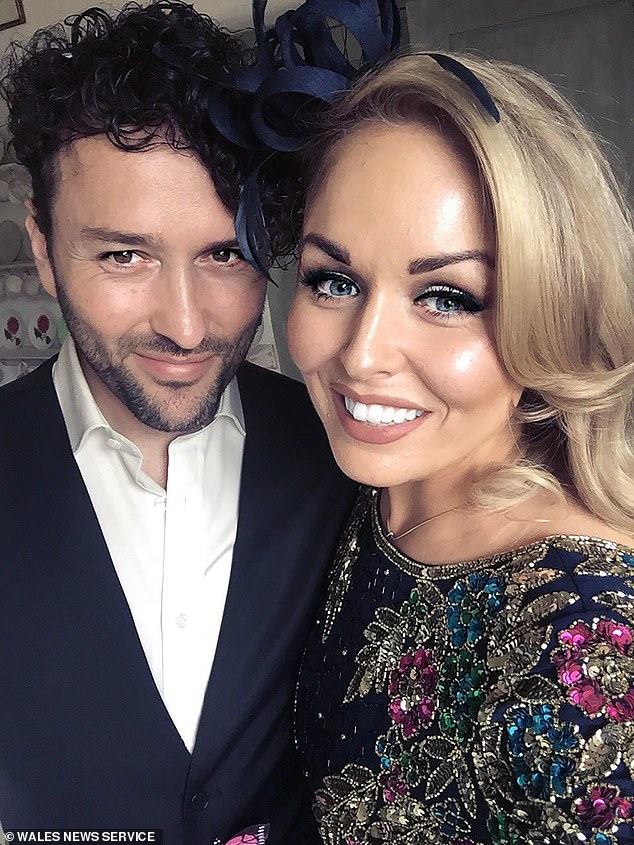 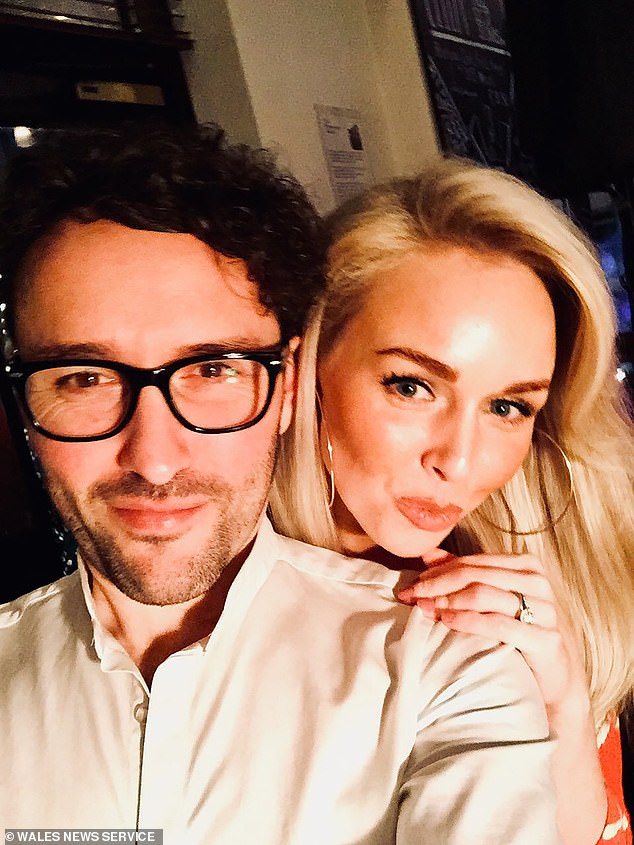 After ‘a year of extremes with many twists and turns’, she is finally disease free, he said 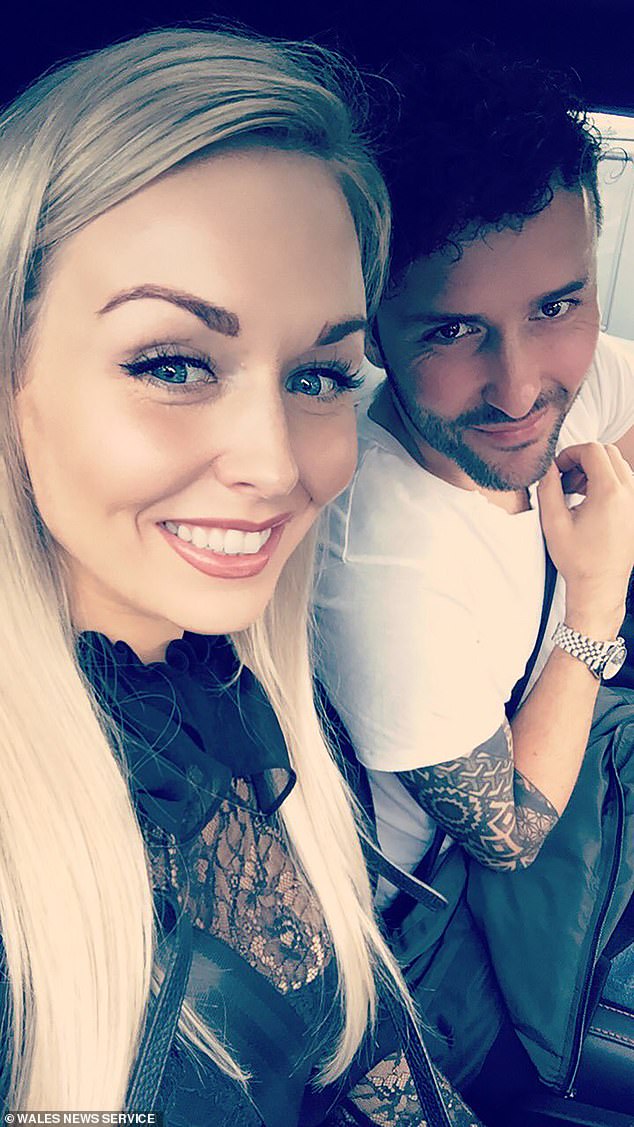 Speaking at the time of their wedding, Mr Mylan said: ‘We met on the set of Waterloo Road, we were both single and we often found ourselves at stupid o’clock in the morning together and we got together really quickly.

‘We really just hit it off straight away. In fact, I pretty much knew as soon as I met her I wanted to marry her.

‘I proposed to her on a bench that we used to sit on a lot overlooking the River Clyde.

‘Waterloo Road had finished filming and I was returning to Cardiff and she was going home to Dundee and I set up my camera and said we should take some photos of our special place.

‘I think she wondered what on earth I was doing because I kept setting it up for different poses and then I went down on one knee!’

Richard won two Welsh Baftas for a documentary he made with his son Jaco documenting his life with autism. 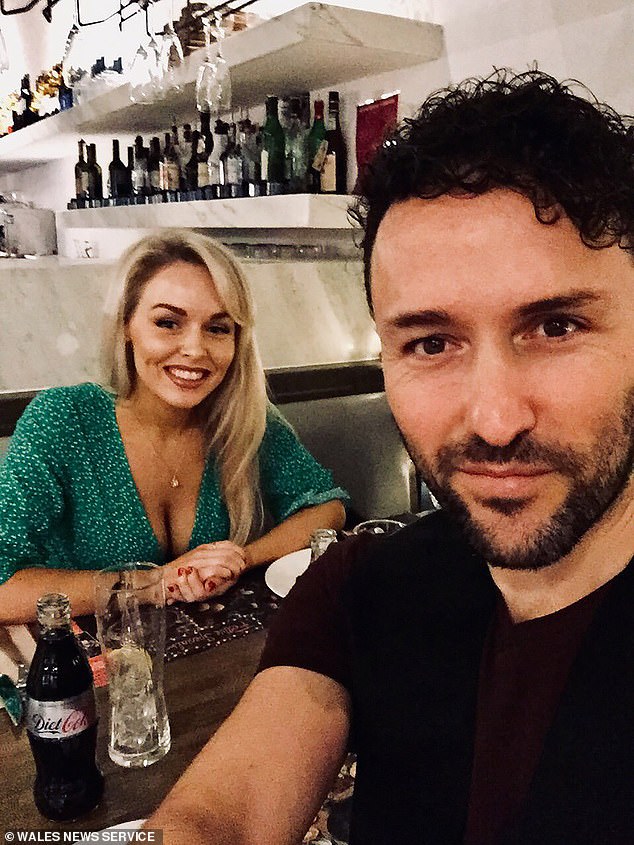 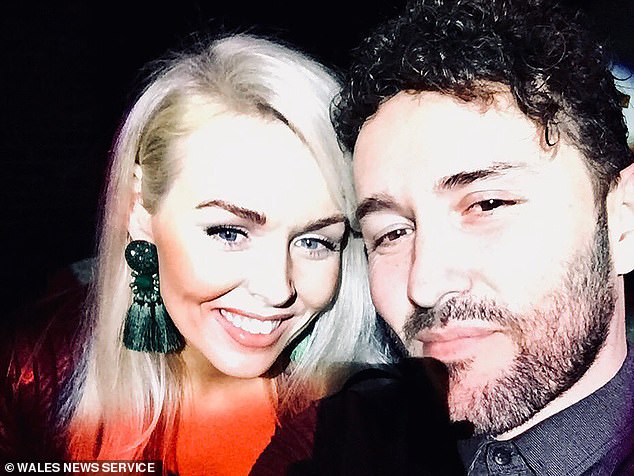 After both finding themselves single, Mr Mylan said they ‘got together pretty quickly’