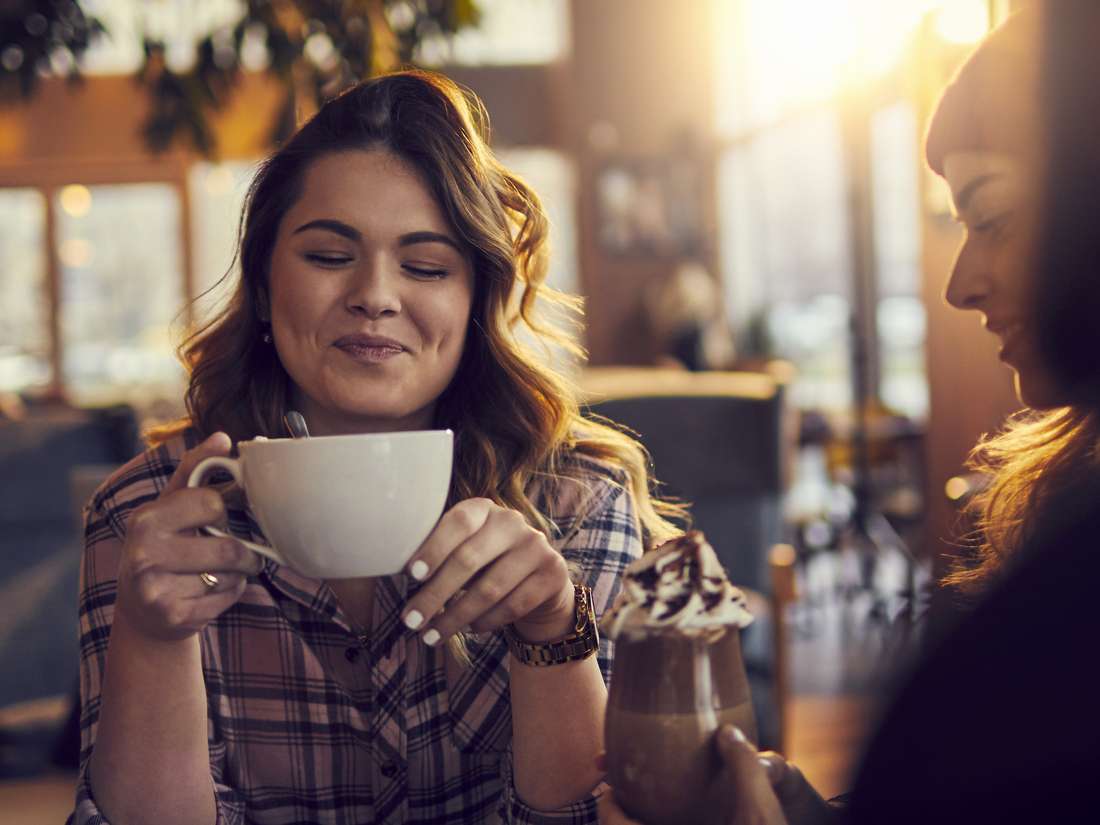 Evolution is thought to have favored people who were able to sense bitterness.

After all, sharp and unpleasant tastes can often come from toxic substances such as alkaloids that are present in poisonous plants.

But scientists have been confounded by the popularity of coffee for some time.

Coffee’s bitter taste should theoretically elicit a negative response from people, and yet the drink is one of the most widely consumed beverages in the world.

The researchers behind a new study believe they may have found why humans enjoy drinking coffee, despite its bitterness.

Scientists from Northwestern University Feinberg School of Medicine in Chicago, IL, and QIMR Berghofer Medical Research Institute in Australia teamed up to examine the relationship between a person’s genetic sensitivity to bitter substances, and the level of bitter beverages they consume.

How our taste works

“Taste has been studied for a long time, but we don’t know the full mechanics of it,” says Marilyn Cornelis, assistant professor of preventive medicine at Northwestern University. “Taste is one of the senses. We want to understand it from a biological standpoint.”

The study by Cornelis and colleagues uses two sets of data, and they have published it in the journal Scientific Reports. The first dataset came from a large-scale study of Australian twins that showed a link between genetic variants and how people perceived different tastes.

Researchers highlighted specific variants they believed to be responsible for a higher perception of bitterness in three substances: caffeine, quinine, which is an ingredient in tonic water, and PROP, which is another bitter compound present in some vegetables.

The second dataset came from the UK Biobank, a research facility that stores blood, urine, and saliva samples from hundreds of thousands of people. The research team used more than 400,000 male and female samples along with self-reported answers from a questionnaire about beverage consumption.

The power of caffeine

Scientists determined that a person who was more sensitive to the bitter taste of caffeine drank more coffee. However, those who had a higher sensitivity to PROP and quinine reported drinking less coffee.

Tea had the opposite results while PROP was the only substance that clearly affected alcohol consumption. Those who could easily detect the chemical drank less alcohol.

It may sound confusing that people who are more sensitive to the bitter taste of caffeine are more likely to be heavy coffee drinkers, but the study’s researchers may know why.

Scientists have well documented the stimulating effects of caffeine on the brain, leading them to believe that this response acts as a kind of positive reinforcement. So, it is possible that regular coffee drinkers develop the ability to detect caffeine or just acquire a taste for it.

“This study provides some answers about why certain people are at higher risk of heavy consumption of these bitter drinks,” says first author Jue Sheng Ong, noting that the study also provides some interesting findings beyond coffee.

“If you were genetically predisposed to taste the bitterness in brussels sprouts, then you were more likely to prefer a cup of tea over coffee. The same was true for red wine, with people who didn’t like PROP-rich foods also less likely to pour themselves a glass of red.”

These findings do have their limitations. More research is needed to validate whether there is indeed a causal link between genes and specific taste perceptions.

Further studies will also need to see if they find the same results in non-European populations.

However, this study could explain why some people cannot resist certain drinks, despite any negative health consequences that may accompany them. Hence, the scientists that led the study are planning to delve further into the relationship between taste perception and health.

“We are now looking to expand the study to evaluate if bitter taste genes have implications on disease risks, and we’ll try to also explore the genetic basis of other taste profiles such as sweet and salty.”