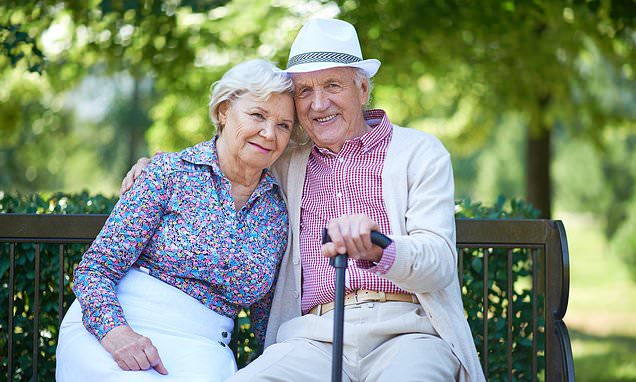 Why older men are healthier than older women: Lack of menopause leaves men feeling better (despite threat of dying younger)

Genes which come into play late in life could be the answer to why women suffer poorer health than men in old age – even though they live longer.

A study has revealed going through the menopause causes women to accumulate genes evolved to benefit males, which are bad for female health.

But because men can remain fertile long into old age, their bodies do not suffer the same decline when they pass middle age and they feel better for longer.

Women are still likely to live longer – in the UK their life expectancy is 82.9 years while men’s is 79.2 – but they can expect to be in worse health.

Scientists put the effect down to a genetic ‘sexual conflict’, where different genes benefit or harm the sexes in different ways and are in a constant ‘tug of war’. 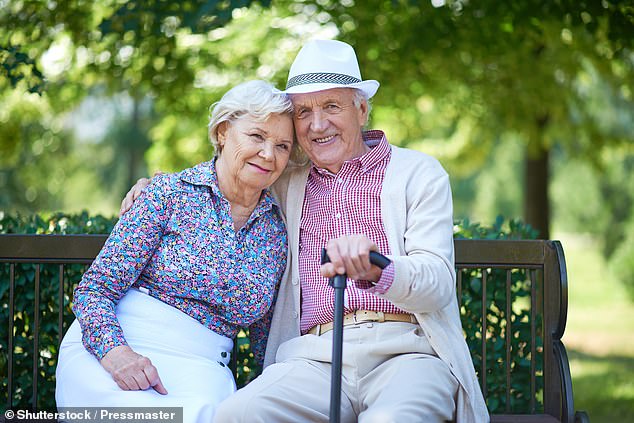 Scientists at the University of Exeter did experiments on flies to track how genes change after the female body stops preparing to reproduce – the menopause.

They found because women no longer need to pass on their genes after middle age, they don’t produce as many which would keep them healthy in later life.

Whereas men remain fertile for longer so might need to pass on their genes at any time, meaning they are programmed to stay healthy and prepared to have children.

Past research has found women tend to feel worse in old age, even though men have shorter lives and are more likely to die at any given time.

This is called the male-female health-survival paradox.

‘Selection is trying to push females and males in different directions, but the shared genome means each sex stops the other from reaching its [optimum].

‘Basically, certain genes will make a good male but a bad female, and vice versa.

‘However, after females reach menopause, they no longer reproduce to pass on their genes which means reproduction on females is greatly weakened.

‘So, after that point, any genes that improve late-life male fitness will accumulate, even if they harm female fitness.’

The researchers said understanding why men’s and women’s health is different in old age is key to keeping people healthy as they live for longer, The Times reported.

Professor Hosken said it was important to note that survival and health are not the same thing.

The study found when flies of both sexes were bred to make sure the males were strong and fertile in old age, the females became sicker as a result.

And data from this experiment supported findings of mathematical models the scientists made to use on humans.

This showed genes that are better at late-life male reproduction tend to be worse for females’ health.

MILLENNIALS WILL BE HIT BY BACK PAIN, DIABETES AND DEMENTIA WHEN THEY RETIRE

Unhealthy lifestyles mean people in England can expect to spend their entire retirement in poor health, according to a report published last year.

Experts warned increasing numbers are suffering a ‘toxic cocktail’ of back pain, diabetes and dementia.

Today’s generation of children will spend more than a fifth of their lives in a state of bad health, Public Health England warned.

Bosses said obesity, lack of exercise and smoking are driving the problem – and warned that people need to take more responsibility for their own health.

Overall life expectancy is growing – with women now expected to live until 83 and men until 79.

But people are now expected to spend the better part of two decades at the end of their life suffering from health conditions.

And girls on average will be healthy until 64.1 and will then be ill for another 19.1 years.

The public health body’s Professor John Newton said: ‘A significant proportion of our population cannot expect to live to their pension age in good health.’