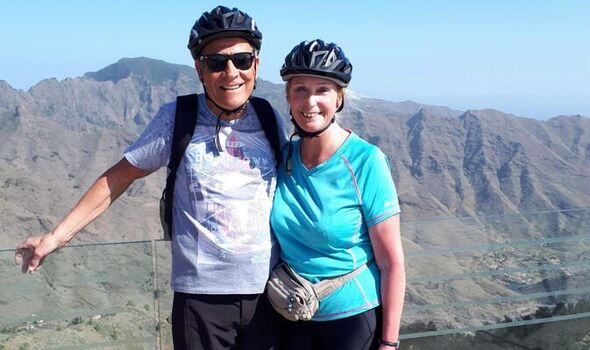 Margaret Donlon was rushed from the scene by air ambulance after being left with six broken ribs, a torn liver and a collapsed lung. The 67-year-old claims “they would have killed me” had her husband not been there to get the animals away and lead her to safety.

The couple are warning people about the dangers of cows just days after the death of a dairy farmer, reports The Mirror.

And retired GP Ruth Livingstone, who runs the website “Killer Cows”, is calling for all cattle owners to be insured so victims can sue.

Margaret, 67, and her husband Martin were on a public footpath in a field with Barney, their seven year old Cocker Spaniel, when she was attacked.

She said: “A lady was coming the other way and she said ‘there are cows in the next next field but they are alright, I’ve given them a wide berth’.

“I’m wary of cows so I had a look in and quite a few of them were laid down.

“I kept my dog close to me on a short lead, away from the cows.

“We had gone about 50 yards and this cow came up to me and I was trying to shoo it away.

“I noticed a big brown cow got up from a lying down position and that came over also.

“The next thing I knew I had been head butted to the floor. I had these two cows pounding their hooves into my side.

“My husband was also head-butted to the floor but he managed to get up and he was fighting and punching and shouting at these two cows.” 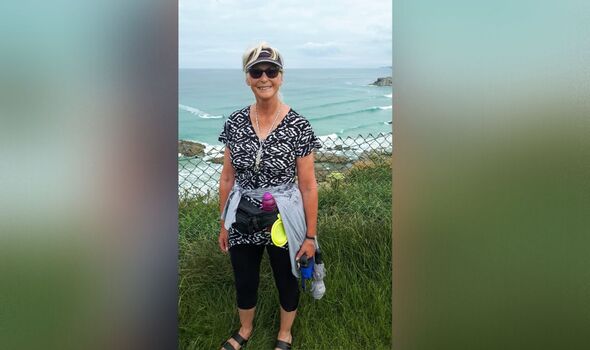 She added: “They were just in a total frenzy. They pounded their hoofs into me and were bellowing. It was horrendous.”

Martin, 68, a chimney sweep, who also received cuts and bruises in the incident, said: “I was trying to do whatever I could to get them off her.

“I was kicking and screaming and shouting and punching at one of them. I was frightened. It did not last that long, 20, 30 seconds maximum and then they left us.”

Margaret, a retired midwife from near Pontefract, West Yorks, was injured near West Burton in the Yorkshire Dales and airlifted to James Cook Hospital in Middlesbrough, where she stayed for five days after last month’s attack.

“I had six fractured ribs, I’ve got a deep laceration to my liver, a collapsed lung and really bad bruising.

“One of the bruises on my hip was actually hoof-shaped” she said.

“People have got to be made aware, I don’t want this to happen to anyone else,” she said.

“Cows which have got new calves are aggressive and protective, they are new mothers. I don’t blame the cows.” 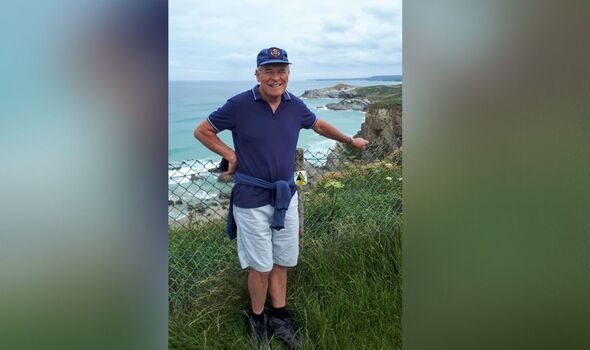 In the past five years she has received 430 reports of people coming face to face with angry bovines.

“Seven per cent are significant injuries, broken bones or head injuries requiring hospital admission, and an additional three per cent are very serious, possibly fatal, basically either punctured lungs or ruptured internal organs, or a coma,” she said.

Dr Livingstone added: “We would like to see compulsory public liability insurance for all farmers so that when people are injured, they can sue.

“We would also like there to be a central data base to record all incidents of cattle attacks.”

According to the Health and Safety Executive, 22 people were killed by cattle between 2015-2020. All but four were farm workers.

In February, farmer Christopher Paul Sharp, 50, received a suspended jail sentence for breaching health and safety laws after the death in 2020 of retired teacher David Tinniswood, 82, who was trampled to death by cattle in the Yorkshire Dales.

In the same year teacher and dad of three David Clark, 59, was trampled and killed in the Dales.

On Sunday dairy farmer Derek Roan, 71, died after being attacked by a cow near Colvend on the Solway coast, Scotland.