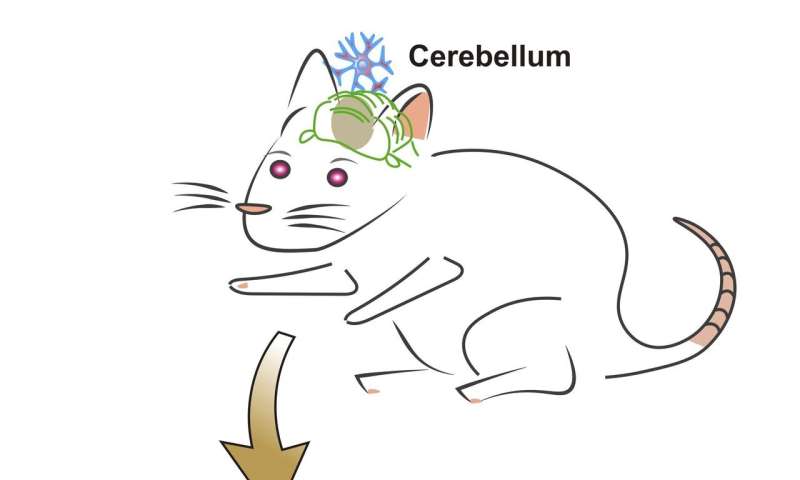 The cerebellum, located in the lower back of the skull, plays a key role in regulating voluntary movement like balance, motor learning and speech.

Recent evidence shows the cerebellum involved in higher-order brain functions, including visual response, emotion and motor planning. And now, a team from Kyoto University has found another link: depressive behavior.

Writing in Cell Reports, the research team reports on a series of experiments with rats, finding that acute cerebellar inflammation puts the structure in an “overexcited” state, resulting in the animal developing a temporary decrease in motivation and sociability.

Team leader Gen Ohtsuki of Kyoto University’s Hakubi Center for Advanced Research explains that the investigation began in an effort to understand how the brain’s immune system can change its activity. In fact, literature has shown correlations between cerebellar dysfunction and certain pervasive developmental disorders such as autism and depression.

“Even though we now know more about the cerebellum’s role in higher-order brain functions, the detailed signal transduction machinery remains a mystery. We know even less about what happens in the brain during excessive immune activity,” explains Ohtsuki. “So we conducted series of experiments where we activated the immune cells in the cerebellum and observed the results.”

The brain’s immune cells are known as microglia, and they respond to bacteria and viruses to mitigate damage. That response results in inflammation. Utilizing electrophysiological techniques, the team found that microglia caused neurons to fire at an increased rate, a phenomenon known as intrinsic plasticity. This in turn caused the cerebellum to go into a hyperexcited state.

This immune-triggered response was shown to change behavior. When rats were induced with acute cerebellar inflammation, their sociability, free searching and motivation dramatically decreased.

“These behavioral modulations are signs of depression-like behavior. Once the inflammation subsided, they were back to normal,” Ohtsuki continues. “Moreover, the phenotype can be rescued if the rats are treated with neuro-immunity suppressants and inflammatory cytokines. We also investigated whether higher-order brain regions were affected. fMRI studies on the rats show a clear increase in activity in the prefrontal cortex, highlighting the interconnectedness of the cerebellum to higher order brain regions.”

The team is encouraged by their results, but further investigation is needed.