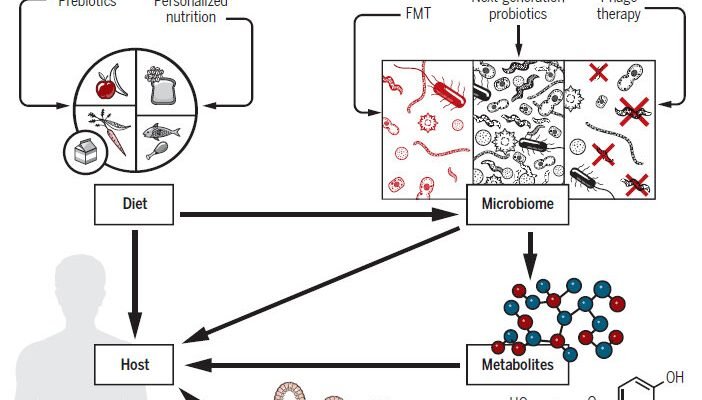 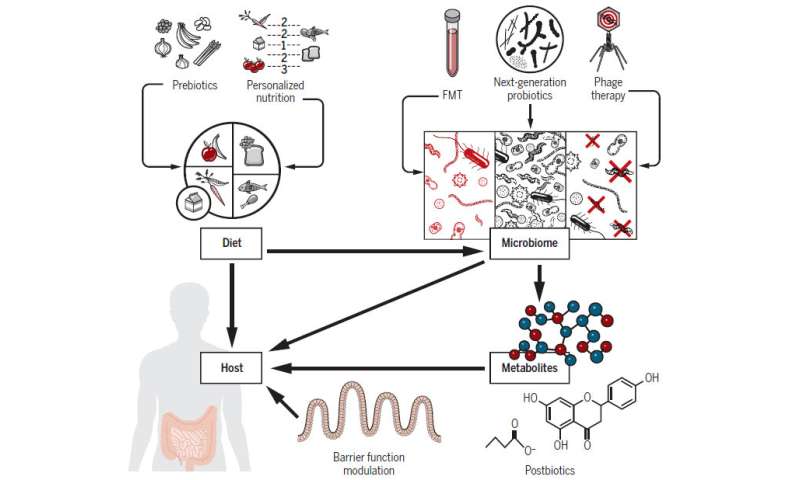 A trio of medical researchers, two with Tel Aviv Sourasky Medical Center, the other with the Weizmann Institute of Science, has published a Focus piece in the journal Science Translational Medicine as part of the journal’s 10th anniversary celebration. In their paper, Eliran Soffer, Eran Elinav and Niv Zmora give a brief history of microbiome research and then outline four main areas of study.

The microbiome is the population of microscopic organisms that live in the digestive tracts of animals, including humans. The authors note that study of the microbiome became more serious in recent decades as researchers found that it played an important role in the health of the host. Early on, it became apparent that some gut bacteria are beneficial and some are toxic, and figuring out which is which has been the subject of much recent study. Researchers hope to solve this puzzle using new tools such as genetic sequencing of the bacteria that live in the gut. In their paper, Soffer, Elinav and Zmora highlight four main areas of ongoing research that they believe constitute the future of microbiome study.

The first is diet, an area of study that has been ongoing for thousands of years. But as the role of the microbiome becomes clearer, scientists are looking at how food impacts the biome and if there are changes that could make people healthier.

The second area of study is the role that probiotics might play within the biome. Currently, it is not clear if consumer supplements actually do any good. But in the future, they might be customized for individuals to promote the growth of good gut bacteria that is having trouble competing with bad bacteria.

The third area of study, the authors suggest, could involve the introduction of bacterial metabolites into the biome as a therapy to modulate the microbiome.

And fourth, they suggest, is fecal microbiome transplantation—taking fecal material from a healthy person and putting it into the gut, rectum or intestines of a person with a bowel condition in the hopes of restoring a healthy bacterial balance.