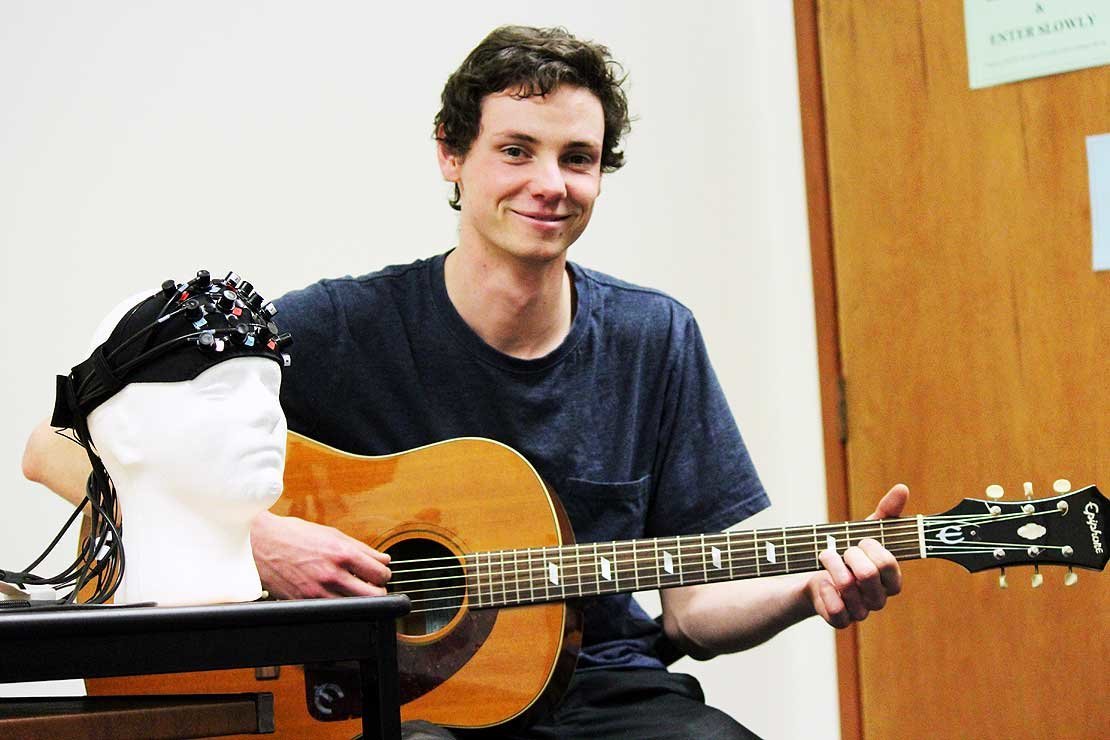 Ryan Sutcliffe loves to play the guitar, and writes and performs his own songs. Now, the doctoral psychology researcher has a dream project combining his musical and academic interests in a study to test whether music lessons can help maintain brain health in ageing.

Mr Sutcliffe is seeking 60 people aged over 60 years in the Manawatū region to take part in a study to determine if learning a musical instrument in later life can affect cognition, and act as a way of slowing the inevitable decline in brain function and, perhaps, even defer the onset of dementia.

He will be offering free guitar lessons and a free guitar to 30 people randomly assigned to one group. The other 30 in the control group will take part in a music club involving listening to and discussing a wide variety of music, sharing favourite music and doing music quizzes.

“What I’m interested in is how we can use music in successful brain ageing,” says Mr Sutcliffe, who is based in the School of Psychology at Massey University. “The rationale for this study is that by learning a musical instrument, we can reduce chances of having further brain degeneration than already might occur in healthy ageing.”

How does strumming lead to successful brain ageing? “When you’re learning an instrument, it’s the motor aspects [using your hands], it’s the listening aspect, it’s the visual aspect, and also the concentration. When you tie all of these things together, you’re actually really exercising your brain, which is important for the maintenance of healthy brain function.”

Pleasure also has a cognitive impact through feeling rewarded by making progress in learning how to make music. The idea is that music tuition could be an early stage intervention to bolster the brain’s inherent neuroplasticity.

As far as he’s aware, this is the first study anywhere to teach music to an older group of participants and to record brain activity.

Both groups will undergo a non-invasive neurological session before and after the music lessons or club activities. During those tasks he will record brain activity, using an imaging method called functional near-infrared spectroscopy (fNIRS).

“In this session, people will be asked to label the emotion in music clips and faces, and complete some questions tapping into verbal and non-verbal reasoning while wearing a head cap which uses light to measure blood flow throughout the brain surface,” he says. The session will last roughly one and a half hours. 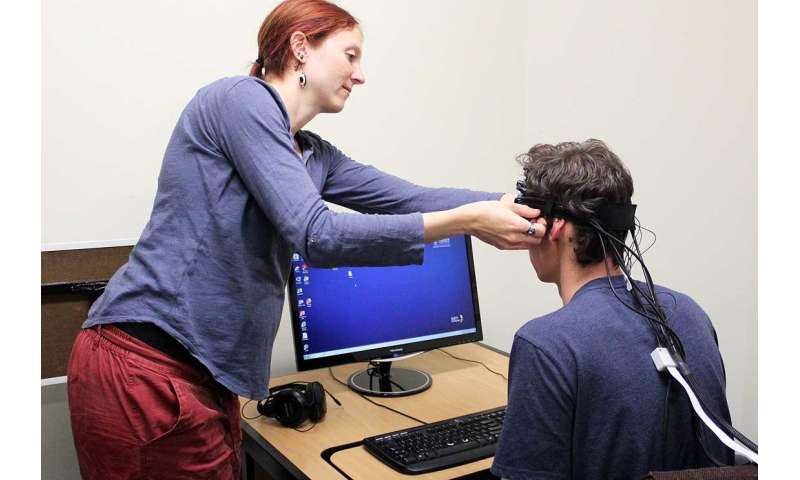 Prospective participants must be free of any history of head injury, stroke or other neurological impacts (including neurodegenerative conditions such as Parkinson’s and Alzheimer’s disease). Depending on which group participants are assigned to, they will receive either a new guitar to keep, or a gift card of equivalent value. Participants must not currently play an instrument, currently consider themselves a musician, or have had more than three years of earlier music training (including self-teaching, formal lessons, or otherwise).

Those who agree to take part in this project will first be asked to complete an online questionnaire to collect demographic information. Following this, participants will be asked to attend one of two weekly groups – either the music appreciation and discussion club or the guitar learning programme. “These lessons will provide participants with a basic introduction to contemporary guitar playing, with an emphasis on song-learning and performance, as opposed to music theory,” he says.

“The most valuable outcome of the proposed research would be that late-life music learning prevents declines in brain health and consequently, cognitive, mental, and social abilities. Learning a musical instrument could therefore be a simple, inexpensive, and non-invasive method for reducing older adults’ likelihood of developing age-based neurodegenerative diseases,” Mr Sutcliffe says.

“Group music lessons could be implemented in rest homes and community groups, with the goal of easing the societal pressure associated with increasing aged populations.”

Mr Sutcliffe knows the power of music since he picked up guitar at age nine. He took lessons and has played and written songs ever since, including in a high school jazz group and more recently, a gig in Palmerston North.

“Because music is a big part of my life and I listen to music all the time, I’ve always been interested in the psychological side of it. It’s really cool that I’ve been able to incorporate playing the guitar into a Ph.D. in psychology.”

He is currently seeking volunteers for this project and encourages anyone interested to contact him for more information or to register for the study: E: [email protected] or M: 027 267 1235