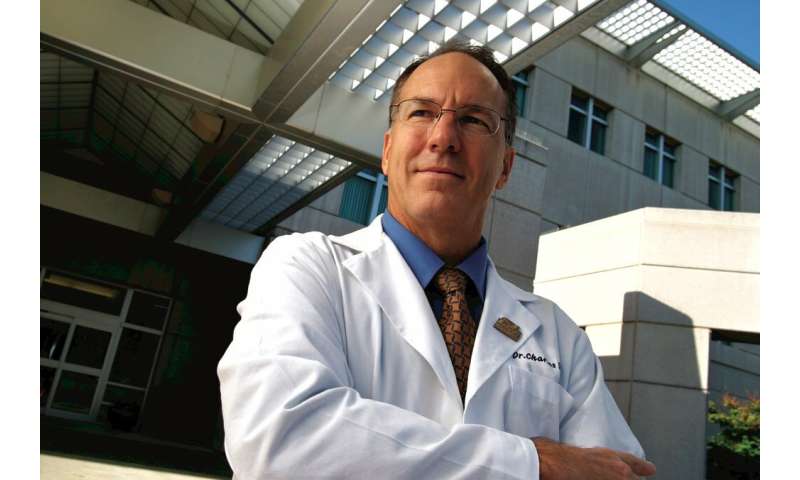 A major new study from the UC Davis Alzheimer’s Center has uncovered dramatic differences in the brains of Hispanics with a dementia diagnosis compared with those of non-Hispanic whites and of African Americans.

Published today in the Journal of Alzheimer’s Disease, the findings may help explain the higher rates of dementia among blacks and Hispanics, and point to the importance of treating each patient based on their individual risk factors.

“If you are Latino and diabetic or black and hypertensive, you are probably at higher risk for dementia and these risks should be addressed aggressively,” said Charles DeCarli, director of the Alzheimer’s Disease Center and principal investigator on the study. “It’s a way to tailor our approach to the individual, and it’s something we want to do as early as possible.”

DeCarli, recognizing a need to broaden the range of individuals being evaluated by physicians for dementia, began the research 15 years ago. He said because most of the people who have historically sought help for memory problems were non-Hispanic whites, any research based on this population carries implicit bias.

“Our idea was to move from just a clinic-based referral system to then create a community-based recruitment system, where we could broaden the range of people who are being evaluated and include those who have very low socio-economic status and low education.”

DeCarli and his colleagues had two hypotheses; first, that they would find some common biological pathways among people with dementia, and second that there may be differences that are meaningful and remediable.

“There is fairly decent evidence today that there are similarities and differences, and that it’s never good to have the brain shrink, particularly around the temporal lobe, but the cause of this dementia seems different depending on whether you’re white, black or Latino,” he said. “These differences can be due to numerous factors including cultural, social, economic, and/or behavioral influences.”

For this study, researchers analyzed brain tissue from 423 people who had died after a dementia diagnosis. All of the individuals, who had agreed previously to donate their brains for dementia research, had been seen at one of the two UC Davis Alzheimer’s Disease Center clinics. Among them were 360 non-Hispanic whites, 35 blacks and 28 Hispanics. All of the participants were assessed annually prior to their deaths, receiving physical and neurological exams, and giving detailed health histories.

Studies of each brain specimen involve a complex and lengthy process of dissection, tissue staining, processing, analysis, synthesis, diagnoses and cataloging, said neuropathologist Brittany Dugger, assistant professor in the Department of Pathology and Laboratory Medicine and corresponding author on the paper.

Dugger and her colleagues looked at different regions of the brain such as the frontal cortex, hippocampus and cerebellum for amyloid plaques, which are markers of Alzheimer’s disease, and appear as sunbursts outside of the cell. They also looked for neurofibrillary tangles inside the cell that appear under the microscope as tiny balls of “tangled” hair, and that can also indicate Alzheimer’s disease. To tease out cerebrovascular disease, they used special stains that reveal infarctions to the trained eye, the pathologic manifestations of a stroke.

DeCarli cautioned that the study is relatively small and is limited because almost all of the participants came into the clinic with memory loss, so the results cannot be extrapolated more broadly in these populations.

“But it looked very clear to us that vascular disease plays a much stronger role in the Latino population, and is a contributing factor in the black population and that it may account for an overall higher incidence of dementia in these groups.”