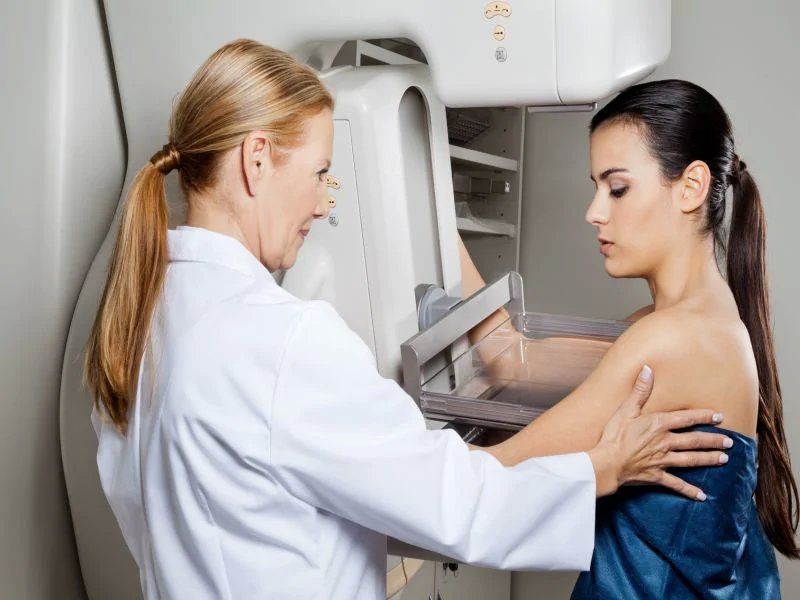 (HealthDay)—For many breast cancer patients, removal of lymph nodes in the armpit area is a common procedure, due to worries that the tumor has spread to these tissues.

But the operation can also bring the difficult long-term side effect of lymphedema, a painful arm swelling.

Now, new Dutch research suggests that for early stage breast cancer patients, radiating the lymph nodes may bring about as good a chance of long-term survival as full removal—perhaps sparing women those tough side effects.

All things being equal, many women may now opt for radiation only and spare themselves lymphedema, said one U.S. oncologist.

“If, in fact, the rate of recurrence in the breast or armpit is basically the same with radiation as compared to removal of lymph glands, this would make radiation very interesting as an alternative,” said Dr. Lauren Cassell, who wasn’t involved in the new study. She directs breast surgery at Lenox Hill Hospital in New York City.

The new research involved 1,425 women with early stage breast cancer that had spread to their armpit lymph nodes and was found by biopsy. Each patient was randomly assigned to have either surgery (744 women) or radiation therapy (681 women).

Overall survival rates after 10 years were 81.4 percent for the radiation patients and 84.6 percent of those who’d had lymph nodes removed, Donker’s team found.

Dr. Emiel Rutgers, a surgical oncologist at the Netherlands Cancer Institute in Amsterdam, was the lead investigator of the new study. “Patients with early stage invasive breast cancer who have no clinical evidence of local spread of disease to axillary (armpit) lymph nodes, meaning that palpation or ultrasound shows no sign of disease spread, undergo a sentinel lymph node biopsy,” he explained in a meeting news release.

However, “data from another recent clinical trial suggested that there may be some patients who do not need axillary treatment even if they have a positive sentinel lymph node biopsy,” Rutgers added.

The new study seems to reinforce that view, at least for some patients, he said.

“Moving forward, we need to better tailor treatment for each individual patient. Some will still need axillary treatment, and our data indicate that axillary radiotherapy is a good option here,” Rutgers concluded.

One other U.S. expert was encouraged by the new findings.

“As breast surgeons, many of us have been excited about and eagerly anticipating the results,” said Dr. Alice Police, regional director of breast surgery at Northwell Health Cancer Institute in Sleepy Hollow, N.Y.

The notion that some patients can avoid lymph removal “is very appealing as a surgeon and as a human being,” she said. Police noted that in recent years, removal of just one or two so-called “sentinel” lymph nodes has become routine. Surgeons use these sample nodes to assess if (and by how much) breast cancer may have spread, before deciding on whether to remove more nodes.

Already, the number of full lymph-removal surgeries has been reduced by using this sentinel node approach, she said.

And with the results of the new Dutch trial, “we now know that even with one positive lymph node, more patients can have radiation therapy instead of more surgery,” Police said.

“Radiation therapy has fewer complications and is generally easier on patients,” she said. “This is wonderful news for breast cancer patients who can rest assured that radiation instead of more surgery will not increase their mortality rates or recurrence rates with only a small amount of [lymph node] disease. I am happy that for some patients we can make this an easier journey.”