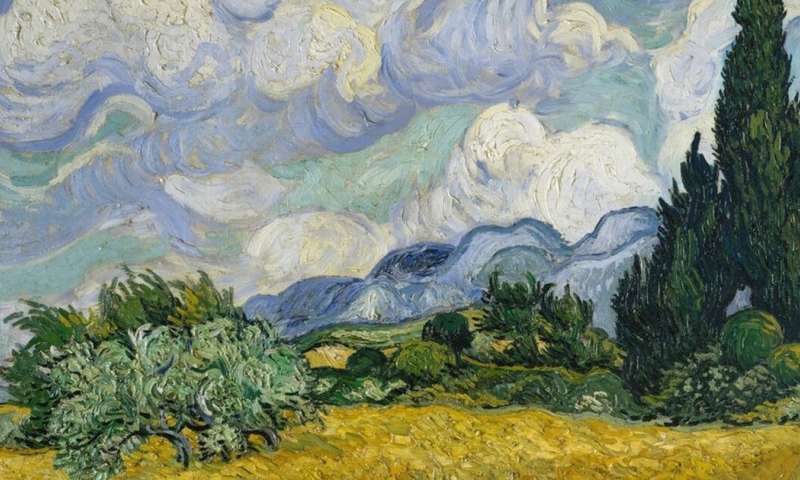 There are plenty of famous artists who have produced highly creative work while they were deeply unhappy or suffering from poor mental health. In 1931, the poet T.S. Eliot wrote a letter to a friend describing his “considerable mental agony” and how he felt “on the verge of insanity”. Vincent Van Gogh eventually took his own lifet, having written of “horrible fits of anxiety” and “feelings of emptiness and fatigue”.

Most of the research so far seems to indicate that a positive mood enhances creativity. But others have challenged this argument, suggesting a more complex relationship.

For example, a large study in Sweden found that authors were more likely to suffer from psychiatric disorders compared to people from non-creative professions. Even in the corporate world, it has been suggested that negative emotions can spark creativity and that “anxiety can focus the mind”, resulting in improved creative output.

Meanwhile, the psychologist Mihaly Csikszentmihalyi conducted extensive research on creative individuals across many disciplines, which found a common sense among all the people he interviewed: that they loved what they did, and that “designing or discovering something new” was one of their most enjoyable experiences.

It seems, then, that research to date supports a variety of different views, and I believe one of the reasons for this relates to time scale.

A key factor that affects creativity is attention. In the short term, you can get people to pay attention using external rewards (such as money) or by creating pressure to meet urgent deadlines.

But it is much harder to sustain creativity over longer periods using these approaches—so the role of happiness becomes increasingly important. My experience of working with a large number of commercial organisations in Wales (and my own career in the public and private sectors) is that creativity is often not sustained within an organisation, even when it is encouraged (or demanded) by senior management.

Typical reasons for this lack of sustained creativity are pressures and stresses at work, the fear of judgement, the fear of failure, or employee apathy. One way to tackle this might be to aspire to psychologist Paul Dolan’s definition of happiness as the “experiences of pleasure and purpose over time”.

He describes purpose as relating to “fulfilment, meaning and worthwhileness” and believes we are at our happiest with a “balance between pleasure and purpose”.

Therefore, if your work is meaningful, fulfilling and worthwhile it helps in supporting your happiness. It also has the added advantage of making you want to engage and pay attention (rather than having to).

Bringing purpose and creativity together helps provide the intrinsic motivation for undertaking creativity, what has been called the “energy for action”, and enables creativity to be sustained.

So, if you want to be creative in the long term, the key questions to ask yourself are whether you are doing work that is interesting and enjoyable for you, and is that work of value to you? Or, as the American academic Teresa Amabile puts it, do you “perceive your work as contributing value to something or someone who matters”.

Another question to ask yourself is: are you helping others gain that “energy for action”, whether you are a manager in a company or a teacher in a school.

In situations where creative work has not been associated with happiness, such as the example of some prominent artists and authors, it might well be that their creative work was still driven by a sense of purpose and that other factors made them unhappy.

Another common element affecting the happiness of many creative people is the pressure they put on themselves to be creative, something I have often seen with my own students. This kind of pressure and stress can result in creative blocks and consequently perpetuate the problem.