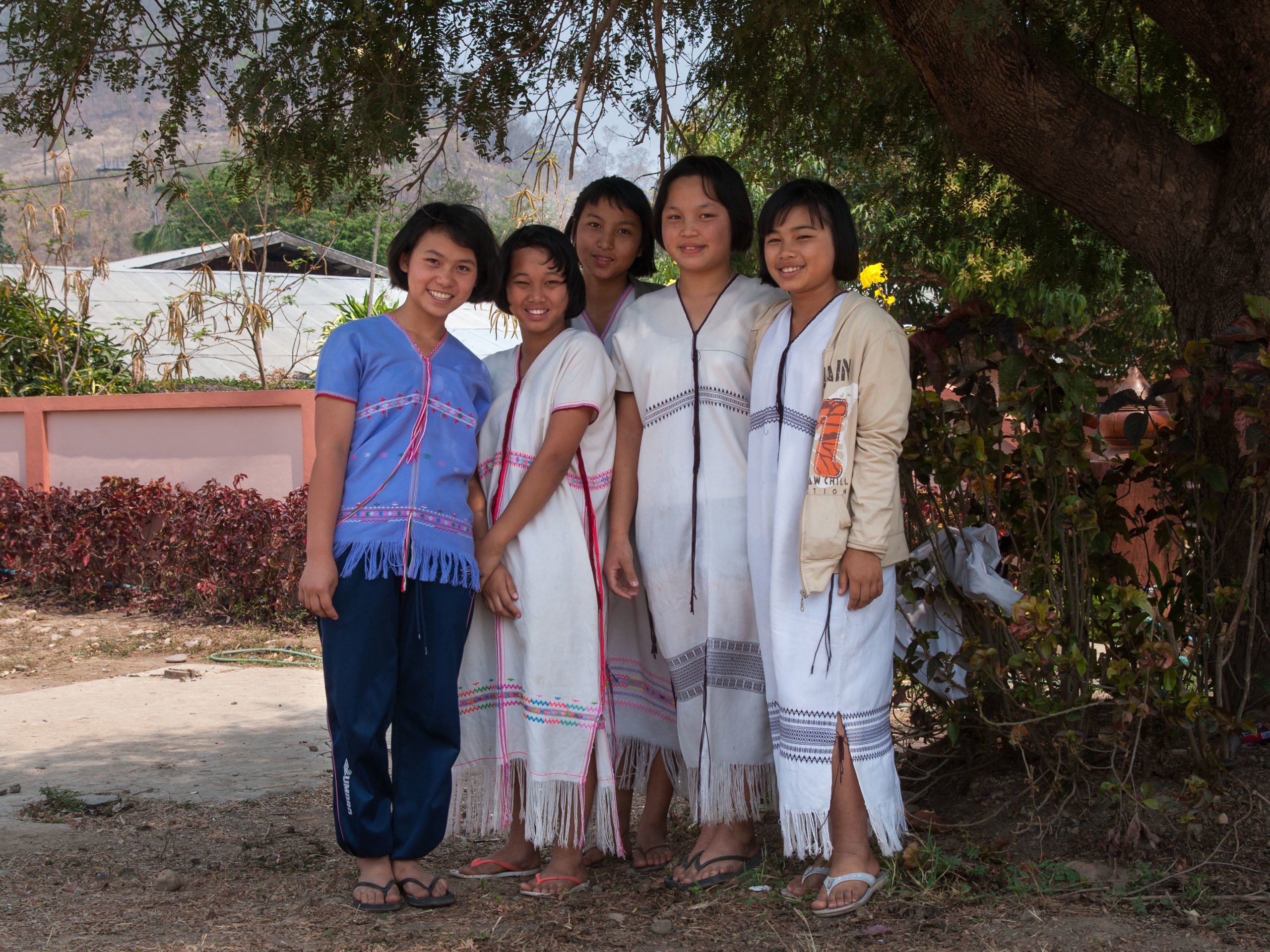 Have you ever lived long enough in another country to see changes in your overall health? Or perhaps, you have noticed that after a friend moved to the U.S. his health seemed to deteriorate.

Many immigrants arrive in the U.S. healthy. But after living in this country for about a decade, they are at a very high risk of developing obesity. This is not just because these immigrants change their diets or increase caloric intake. Something else is going on. We believe that that part of the problem is a change in the trillions of microscopic creatures that live inside us all – the human microbiome.

In our lab at the University of Minnesota, we study the world of microbes that live in the digestive tract, called the gut microbiome, because these invisible creatures are very important for human health. They help us break down foods that we can’t digest ourselves, help train our immune systems and help us fight off infections. Changes in the gut microbiome are now associated with nearly every major chronic human disease. In fact the data suggest that the microbiome, and changes to it, can cause many of these diseases, including obesity.

Our recent research study, the Immigrant Microbiome Project, explores what happens to people’s gut microbiomes and their health when they move from a developing country to the U.S. We also want to know whether any of these changes may cause obesity.

Gut microbiome diversity falls after move to US

Having many different species of microbes in the gut is associated with good health. Just as a rainforest with a diverse range of species is more healthy and resilient, a diverse gut microbiome is equipped with a wide variety of tools – genes – to fight against, and recover from, various threats and disturbances. For example, when antibiotics deplete a microbiome, the gut may be colonized by the pathogenic microbe Clostridium difficile.

In our study, we found that the diversity of the gut microbes declined across generations of Hmong and Karen in the U.S. And individuals who were obese had an even greater decline in diversity. 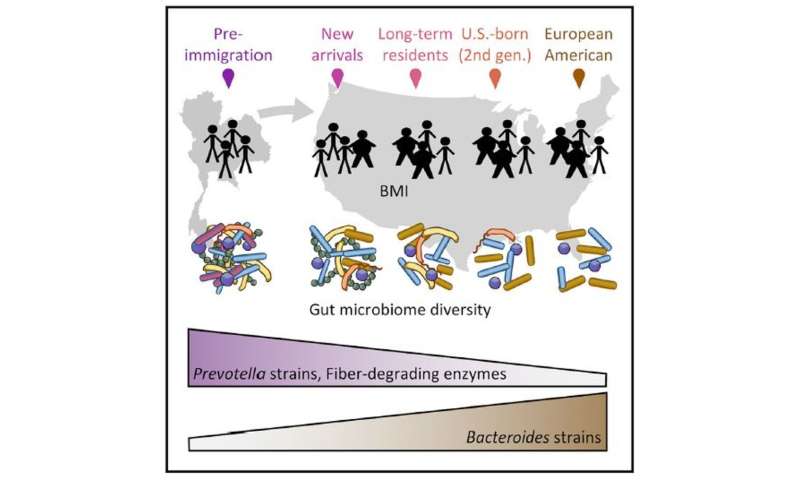 We know from previous studies that in general, obese individuals have a lower microbe diversity in their guts than their lean counterparts. But obese Asians still had higher diversity than Asians who had immigrated to and were now living in the U.S. We also found that the children of immigrants had even fewer species of gut microbes than their parents. This suggests that the modern lifestyle in the U.S. may be causing each generation to lose more of their ancestral microbes.

In addition to just logging the number of different species, we were also interested in knowing the identity of the different types of bacteria living in the guts of our participants. We were particularly interested in two bacterial groups: Bacteroides, which is commonly found in individuals in Westernized countries, and Prevotella, which is common in individuals in non-Western countries.

These two bacteria are not necessarily good or bad; they’re simply dominant members of the gut microbiomes in different populations around the world. When we examined the gut microbiomes of everyone in our study, we found that, as expected, all of the individuals who were residing in Asia had very high proportions of the non-Western Prevotella. But what we discovered next was surprising.

We discovered that immediately after immigrants moved to the U.S., Bacteroides strains started to replace their native Prevotella strains. After about a decade, first-generation immigrants are no longer dominated by Prevotella, but rather by the U.S.-associated Bacteroides.

Diet explains some changes to the gut microbiome

The obvious explanation for all of these changes is diet, since it is one of the strongest drivers of what species of microbes live in a person’s gut. We found that immigrants who lost Prevotella strains also lost highly specialized enzymes carried by those Prevotella for breaking down certain types of plants. These included palm, coconut, konjac and tamarind, which are commonly eaten in Southeast Asia. It is likely that the immigrants we studied had stopped eating some of these traditional foods after immigration, and the microbes that relied on those plant nutrients failed to grow and multiply and died off.

Although some of the microbes that U.S. immigrants begin to lose seem to be clearly related to changes in diet, we found that many species in the gut microbiome changed much faster and more drastically than their diet changed. We could not explain all of the changes in the gut microbiomes using dietary data alone, suggesting that there are likely other factors that are also affecting the microbiome. These factors could include water sources, antiparasitics or antibiotics, other medications, physical activity, mental health and other environmental exposures.