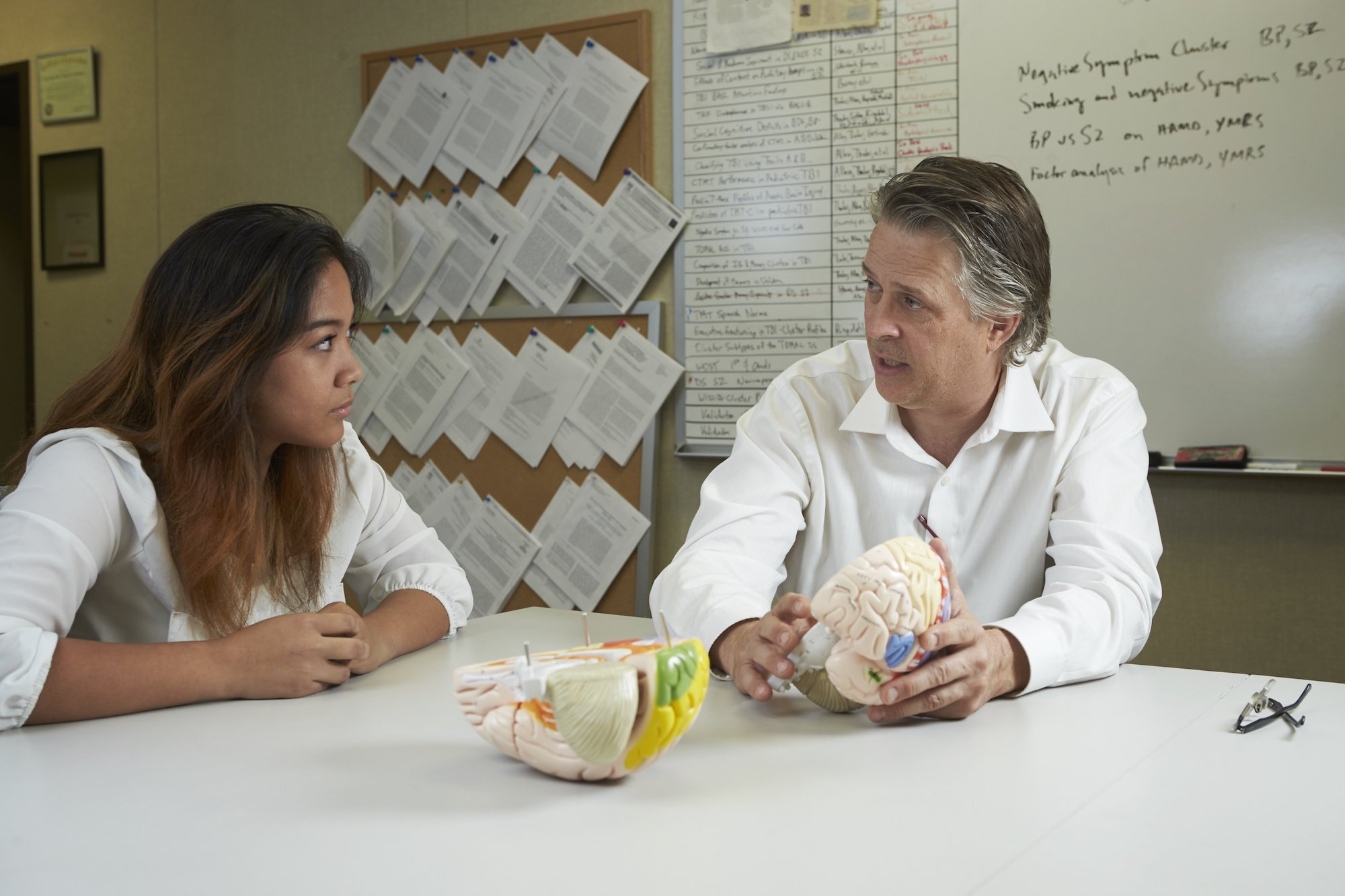 The onset of schizophrenia in young adults can put an immediate halt to life goals, with one set of symptoms being particularly debilitating.

Negative symptoms in schizophrenia can be so disabling that they interfere with a person’s ability to attend school, begin a fulfilling career, and even live independently.

In a recent study published by JAMA Psychiatry, UNLV psychology professor Daniel Allen and colleagues suggest a new way to classify the negative symptoms of schizophrenia, which may influence research and treatment in years to come.

Previous literature suggested that the negative symptoms of schizophrenia should be placed into two categories. Allen and his colleagues suggest that that view is too simplified. To reflect the complexity of the disease, and to hone in on more specific treatments, Allen suggests that the symptoms be placed into five categories.

Allen says it is important to understand the symptoms of schizophrenia so we can measure them accurately. “Correctly measuring these symptoms allows us to judge whether or not the person is improving or getting worse,” Allen said. “Or whether or not we’re developing medications that are actually helpful for the disorder that they have, or not helpful.”

Measuring symptoms in schizophrenia and other mental disorders can be difficult because it is heavily dependent on what people tell their doctors about the symptoms they are experiencing. It differs from a disease like cancer, where the effectiveness of treatments can be measured against the size of a tumor, and whether it’s shrinking.

His study, which he wrote with Gregory P. Strauss—his former UNLV student and current assistant professor of psychology at the University of Georgia—highlights the complexity of the disease and its symptoms.

“People with schizophrenia will continue to have these persistent, negative symptoms that interfere with their ability to function, live independently, hold a job, get married, and other important life goals and activities, and we need better treatments for them,” Allen said. “It’s one of those areas in schizophrenia where there’s a lot of recent research interest in how to develop new medications or behavioral interventions that can remediate these symptoms so people can begin to live normally.”

What are negative symptoms?

Schizophrenia is a serious mental disorder. Most people associate schizophrenia with unusual or bizarre symptoms, including hearing voices or seeing things that do not exist, delusional beliefs, and disorganized thinking and behavior. But other symptoms, referred to by scientists as negative symptoms, represent normal behaviors and abilities that the person has lost. These symptoms usually lead to long-term functional impairment.