Will this become the instruction we receive upon entering clinics, schools, apothecaries and ports of entry throughout the globe?

One of the main factors enabling the continued transmission of malaria are individuals who are free from symptoms but carry the malaria parasite in their blood. However, the parasite numbers in the blood are so low they cannot be detected by current diagnostic tests. Since these individuals are not sick and do not visit a clinic, the true size of this parasite reservoir in the human population is unknown.

Globalization complicates the situation further. Individuals with asymptomatic infections can now unwittingly carry malaria parasites across borders, on airplanes, ships and trucks. As individuals who carry the malaria parasite frequently move in and out of countries that are malaria-free, there is always the risk of mosquitoes biting these infected individuals, picking up the parasite and triggering local transmission of the disease.

If the parasite is in the blood and it can’t be detected, then is there hope that we can reduce global malaria by greater than 90 percent within the next 10 years? My colleagues and I at the UF Emerging Pathogens Institute have recently developed a new test that can detect evidence of the malaria parasite using saliva rather than blood.

Making it to your fifth birthday

Every two minutes, a child under the age of 5 dies from malaria. Every year, more than 400,000 deaths occur because of malaria, a disease caused by a parasite that is spread by mosquitoes and has co-evolved with human society for millennia.

Since much of the disease burden occurs in sub-Saharan Africa, it is something that those of us in developed nations seldom hear, and rarely worry about. But more than one-third of the world’s population is at risk for becoming infected.

Since 2007, the world has been engaged in a lofty endeavor to eliminate if not eradicate this disease for good. Elimination is local or regional; eradication involves eliminating the disease worldwide. As a malariologist and vector biologist working in this discipline for almost two decades, I was fortunate enough to be part of the “think tank” that informed the global malaria eradication road map.

Working in disease endemic countries in sub-Saharan Africa, I have seen the daily toll on parents as they see their children, their little baby girl or boy, succumb to this disease. I recall a particularly moving incident not too long ago, as I was chatting with a little girl outside of a clinic in Cameroon. She was the same age as my own 5-year-old daughter and the clinicians were treating her brother for malaria. 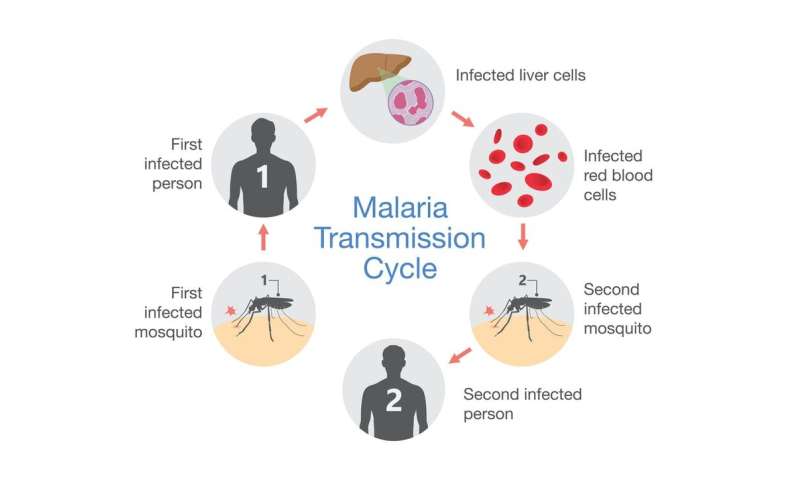 As I listened to her animated effort to speak to me in “American English,” I was suddenly overwhelmed. It was a powerful reminder of why the rest of the world cannot ignore the horrible toll this disease takes on the very young. This among many memories strengthened my conviction to keep contributing in some form to malaria eradication.

Despite the concerted global effort that has resulted in a significant decline in the number of deaths from 2 million to less than half a million each year, residual transmission of the parasite remains.

An innovative diagnostic tool can now identify children infected with malaria parasites but who are not yet sick. Through early detection, public health workers can now provide early treatment and essentially prevent the symptomatic cascade towards malaria.

Current malaria diagnostic tests have a problem. That problem is blood. Every single parent who has brought their child to a health care provider knows what hell-raising howls a needle or sharp lancet will bring. For some adults, giving blood as a child causes lifelong trauma.

But why does it have to be blood? By understanding the fundamental biology of the parasite in its human host and with a bit of serendipity it became clear to me that noninvasive options for detecting the parasite exist.

After a routine six-month cleaning at the dentist, wherein the hygienist nicked me accidentally, I realized that perhaps the barrier between blood and saliva is a low one—especially if you have a gum disease called gingivitis (common in countries with poor overall health care). Was it possible, I wondered, that the parasite, secretes a molecule that we can detect in saliva? It turns out that this was indeed the case.

My team and I in Florida developed a mobile prototype of the conceptualized rapid (five- to 20-minute) test, which we describe in Science Translational Medicine. Our device uses only 10 microliters – 1/478th the volume of a teaspoon – of saliva to detect a new protein called PSSP17 that is secreted by the parasite. We tested it using the saliva of 5- to 15-year-old children in Cameroon, Zambia and Sierra Leone who are free of malaria symptoms.

The saliva test basically works like other blood-based malaria rapid diagnostic tests that have a test strip inside a plastic cassette, similar to a pregnancy test. It is important to note that the portable saliva test is almost as sensitive as a molecular diagnostic test, which are only available from a laboratory.