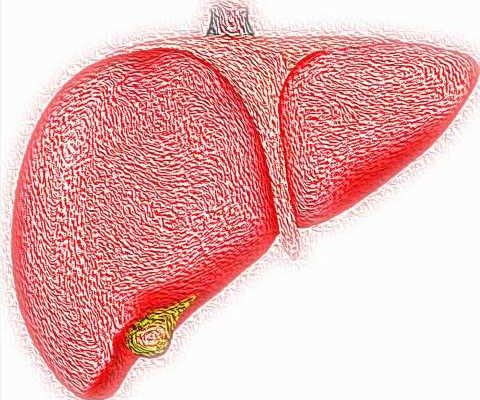 The U.S. Centers for Disease Control and Prevention (CDC) estimates that there are 4.5 million adults in the U.S. diagnosed with liver disease every year. Nonalcoholic fatty liver disease, or NAFLD, can evolve to a more serious condition known as inflammatory steatohepatitis, or NASH, which can lead to chronic inflammation, scarring of the liver, and cirrhosis and eventually to hepatocellular carcinoma. While NAFLD can be reversed in the early stages with weight loss and dietetic adjustments, it becomes intractable in later stages.

There is no standard therapy for NASH, albeit many drugs are being evaluated in clinical trials. Because of the now epidemic state of the liver disease, researchers at Georgetown developed a small molecule able to inhibit the activity of a key gene, Slc25a1, that they hypothesized plays an important role in fatty liver disease.

“Our research takes on a definite urgency when you consider that about 25 percent of adults in the U.S. have NAFLD,” said Maria Laura Avantaggiati, MD, associate professor of oncology at Georgetown Lombardi. In addition, while NAFLD can be reversed with dietetic adjustments, it is difficult for these individuals to undergo dramatic life-style changes, posing a challenge to halt NAFLD evolution to NASH.”

One of the investigators’ key steps was to administer the new drug, CTPI-2, as a preventive treatment in mice fed the high-fat diet before NASH developed, or as a reversion treatment in mice with significant liver damage. This latter setting reflects what is seen people who seek medical advice when the disease is already present. The administration of CTPI-2 was able to nearly completely prevent the evolution to NASH and obesity in mice on the high-fat diet, compared to mice that did not receive the drug. At later stages of the disease, CTPI-2 also reversed liver damage, induced weight loss and restored the glucose metabolic profile.

“The results were quite dramatic as the livers of most of the mice that received CTPI-2 nearly resembled the normal livers of animals fed with a regular diet,” said Avantaggiati. “In addition, CTPI-2 normalized glucose metabolism, leading us to hypothesize that the drug could also have applications in the treatment of diabetes, but this aspect will need further study.”

To confirm their findings, the investigator developed a genetically modified mouse with Slc25a1 inactivated in the liver. Mice with the inactive Slc25a1 gene were partially protected from fatty liver disease as if they were treated with CTPI-2, confirming the importance of this gene in liver damage induced by the high-fat diet.