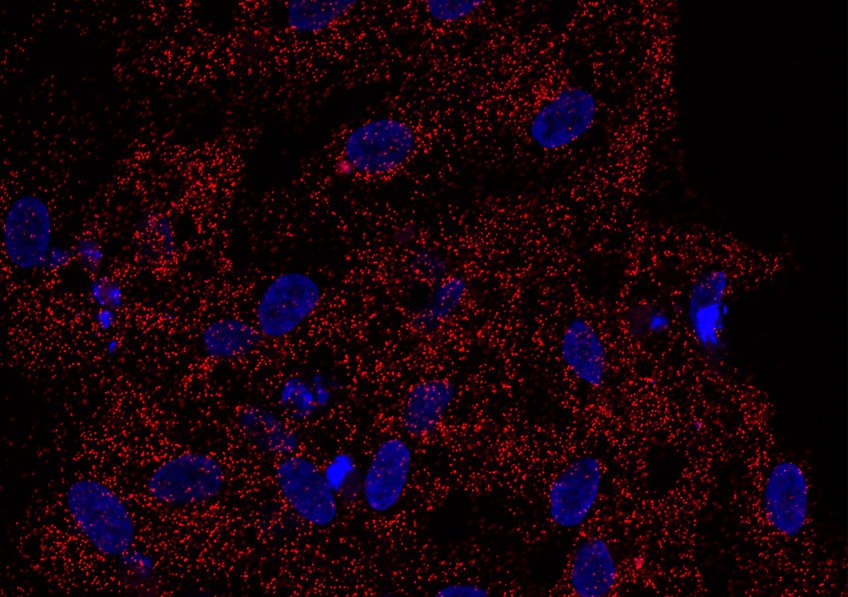 Restoring the action of insulin is one of the keys to fighting type 2 diabetes. Researchers from Inserm led by Dominique Langin at the Institute of Cardiovascular and Metabolic Diseases (Inserm/Université de Toulouse) are developing a therapeutic strategy that uses the properties of an enzyme (hormone-sensitive lipase) which, when stimulating fatty-acid synthesis in the fat cells, has a beneficial effect on insulin action. This research has been published in Nature Metabolism.

Diabetes is a disease in which blood sugar levels are high over a prolonged period (hyperglycemia). In the case of type 2 diabetes, this phenomenon which is caused by a disruption of the glucose metabolism develops progressively and insidiously. In France, the prevalence of diabetes is estimated at over 5 percent of the 2015 population, with type 2 accounting for 90 percent of cases. These figures do not include those who are unaware of their condition, particularly among the overweight or obese.

Hormone-sensitive lipase (HSL) is an enzyme that converts fats into fatty acids and releases them into the bloodstream. In obese patients, these fatty acids trigger the gradual insulin resistance at the origin of type 2 diabetes. Previous research by the Inserm team of Dominique Langin had shown that a decrease in HSL expression in the adipocytes led to a better response to insulin, a sign of good health for these cells.

Surprisingly, the researchers observed that the beneficial effect of a reduction in HSL was not actually due to the reduced release of fatty acid. It was explained by the increased synthesis of oleic acid, the principal fatty acid component of olive oil. This initial observation gave a glimpse of an interesting avenue for treating obese patients who are at greater risk of developing type 2 diabetes.

To envisage a therapeutic strategy, it therefore had to be elucidated how reducing HSL exerted this beneficial effect on the action of insulin. The group of Prof. Langin discovered the existence of a physical interaction between HSL and a transcription factor responsible for the synthesis of fatty acids, ChREBP. HSL, when binding to ChREBP, blocks its activity. As such, a decrease in HSL leads to the release of this factor in the nucleus, promoting its activity, oleic acid synthesis and sensitivity to insulin.