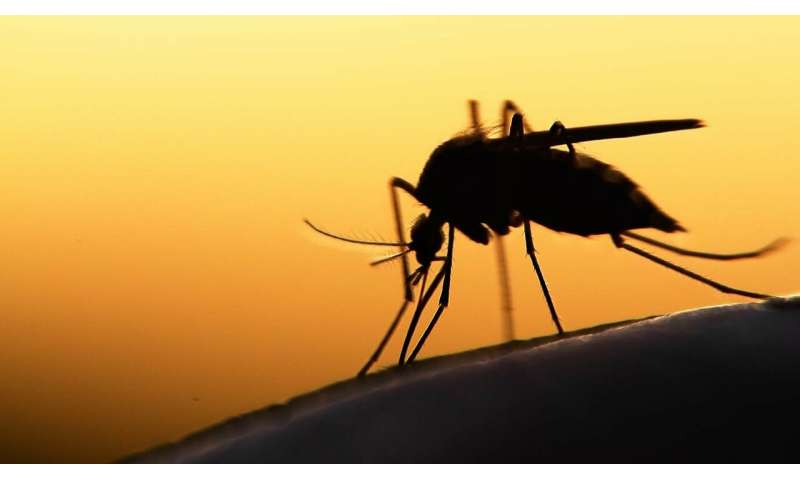 Researchers at the Institute for Molecular Engineering at the University of Chicago have developed an innovative new system for delivering a malaria vaccine that shows promise in its effectiveness. By developing a vaccine that targets specific cells in the immune system, they have seen a much greater immune and antibody response to the vaccine.

Though a vaccine for malaria exists, it is only effective in 30 percent to 50 percent of patients, and malaria is still responsible for nearly 500,000 deaths annually, according to the Centers for Disease Control.

“When compared to the current malaria vaccine option, our results are extremely exciting,” said Jeffrey Hubbell, the Eugene Bell Professor in Tissue Engineering, a pioneering researcher and early entrepreneur in the field of tissue engineering. Hubbell co-authored a paper that was recently published in Nature Materials. “This work could potentially have applications in vaccinations against complex infections and cancer.”

Effective vaccines for many complex infections, like malaria, remain elusive because they require both protection against pathogens and specialized immune cells to clear infected cells. But immunoengineering is a specialty of the IME, which is helping shape the emerging field of molecular engineering to address global challenges from the molecular level up.

Though vaccines are routine in public health, they do not all work the same way. Researchers have developed several strategies for generating immunity in patients.

One of the safest and easiest vaccine platforms is the subunit vaccine. Researchers take proteins derived from the pathogen, called antigens, and formulate them with a compound called an adjuvant that induces a pro-inflammatory response. In the body, the antigen introduces the disease to the immune system, while the adjuvant activates pathogen-specific T cells, which help clear infected cells. This type of vaccine is used for whooping cough, HPV and malaria.

While the field has developed subunit vaccines with effective antigens, researchers have found less success with adjuvants, mainly because it is difficult to localize their delivery to the right location within the body. If such molecules aren’t targeted, they can cause inflammation throughout the body, which can be fatal.

Hubbell and his colleagues approached this problem as a delivery issue. To deliver the vaccine to its intended target, they developed a vaccine platform made up of a polymeric adjuvant—which contains multiple adjuvant molecules connected like pearls in a necklace—coupled with an antigen. This platform can easily drain into the secondary lymphoid tissues.

To make sure it found its way to the intended site, they incorporated mannose, a type of sugar, into the polymeric adjuvant. Because viruses and bacteria tend to have a lot of sugar on their surfaces, the dendritic cells in the lymphoid tissues have several sugar receptors that help in the recognition of pathogens.

So once the mannose-laden vaccine is injected into the body, it targets specific immune cells called dendritic cells, which in turn activate T cells. By specifically targeting dendritic cells, this new technology prevents systemic inflammation while efficiently activating an immune response.

“It’s a targeting material, but it is also inherently therapeutic,” said D. Scott Wilson, a postdoctoral researcher in Hubbell’s lab and first author on the paper.

When tested, the vaccine system had a higher antibody response than the malaria vaccine currently on the market. It also provided a cellular response—clearing the infected cells—which the current vaccine does not do.