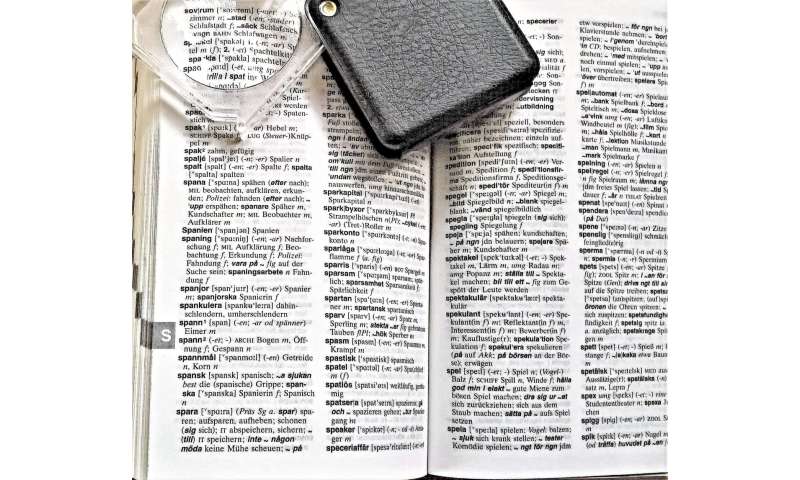 A pair of researchers, one with the University of Rochester the other the University of California has found that combining all the data necessary to store and use the English language in the brain adds up to approximately 1.5 megabytes. In their paper published in the journal Royal Society Open Science, Francis Mollica and Steven Piantadosi describe applying information theory to add up the amount of data needed to store the various parts of the English language.

As infants, humans begin acquiring and speaking the language of those around them—how it happens is still a mystery, but scientists know that it entails much more than storing words alongside definitions like a dictionary. There are associative clues with words, for example, such as the concept of flight with the word “bird,” or even “wing,” or “robin.” There is also information that tells the brain how to pronounce a word and how it can and cannot be used with other words, and the sounds that make up a word when spoken. In the new effort, Mollica and Piantadosi undertook the task of converting all of the ways our brain might store a language into data amounts. To do so, they used information theory, a branch of mathematics that focuses on how information is coded via sequences of symbols.