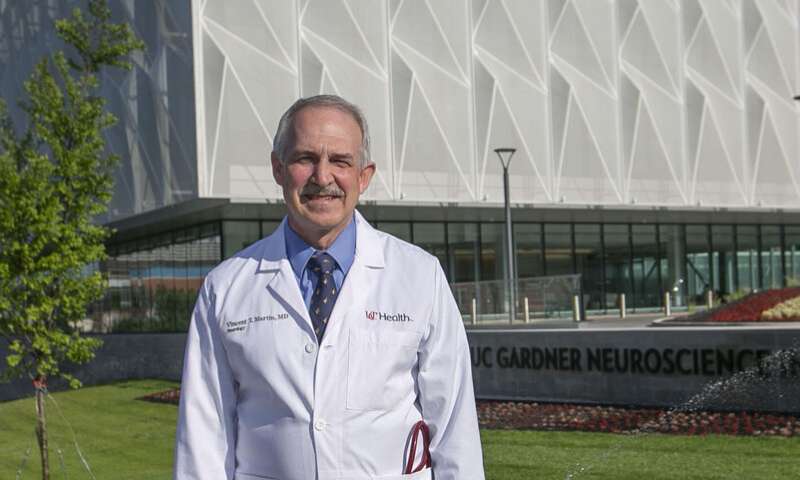 Adolescent girls who reach puberty at an earlier age may also have a greater chance of developing migraine headaches, according to new research from investigators at the University of Cincinnati (UC) College of Medicine.

“We know that the percentage of girls and boys who have migraine is pretty much the same until menstruation begins,” says Vincent Martin, MD, professor in the Division of General Internal Medicine and director of the Headache and Facial Pain Center at the UC Gardner Neuroscience Institute. “When the menstrual period starts in girls, the prevalence goes way up, but what our data suggests is that it occurs even before that.”

The findings will be presented by Martin at the American Headache Society 61st Annual Scientific Meeting Saturday, July 13, in Philadelphia.

Nationally, about 10 percent of school age children suffer from migraine, according to the Migraine Research Foundation (MRF). As adolescence approaches, the incidence of migraine increases rapidly in girls, and by age 17, about 8 percent of boys and 23 percent of girls have experienced migraine, the MRF reports.

Martin and a team of researchers were part of a longitudinal study looking at 761 adolescent girls from sites in Cincinnati, New York and the San Francisco Bay area. The girls ranged in age from 8 to 20 and study took place over a 10-year period beginning in 2004. Girls enrolled in the study at age 8-10 were examined during study visit every six to 12 months. Researchers determined when they showed initial signs of thelarche (breast development), pubarche (pubic hair growth) and menarche (start of menstrual periods).

Girls answered a headache questionnaire to find out if they suffered from migraine headache, no migraine or probable migraine—the latter is defined as meeting all the diagnostic criteria for migraine except one. The average age at which they completed the survey was 16.

Of those surveyed, 85 girls (11 percent) were diagnosed with migraine headache while 53 (7%) had probable migraine and 623 (82%) had no migraine, according to Martin, also a UC Health physician specializing in migraine.

“There was a 25 percent increase in the chance of having migraine for each year earlier that a girl experienced either thelarche or menarche,” says Susan Pinney, Ph.D., professor in the UC Department of Environmental Health and lead investigator on the study. “This suggests a strong relationship between early puberty and the development of migraine in adolescent girls.”

The age of onset of thelarche, pubarche or menarche did not differ between those with probable migraine and no migraine, says Pinney.

Previous research suggests that migraine often starts with the onset of menstrual cycles during menarche in adolescent girls. But this study looks at earlier stages of puberty such as thelarche and pubarche, explains Martin.

“To suggest the origins of migraine may occur actually before menstrual periods begin is pretty novel,” says Martin. “At each of these stages, different hormones are starting to appear in girls. During pubarche, testosterone and androgens are present, and during thelarche, there is the very first exposure to estrogen. Menarche is when a more mature hormonal pattern emerges. Our study implies that the very first exposure to estrogen could be the starting point for migraine in some adolescent girls. It may be the Big Bang Theory of migraine.”

So is there anything that one can do to prevent an early puberty?