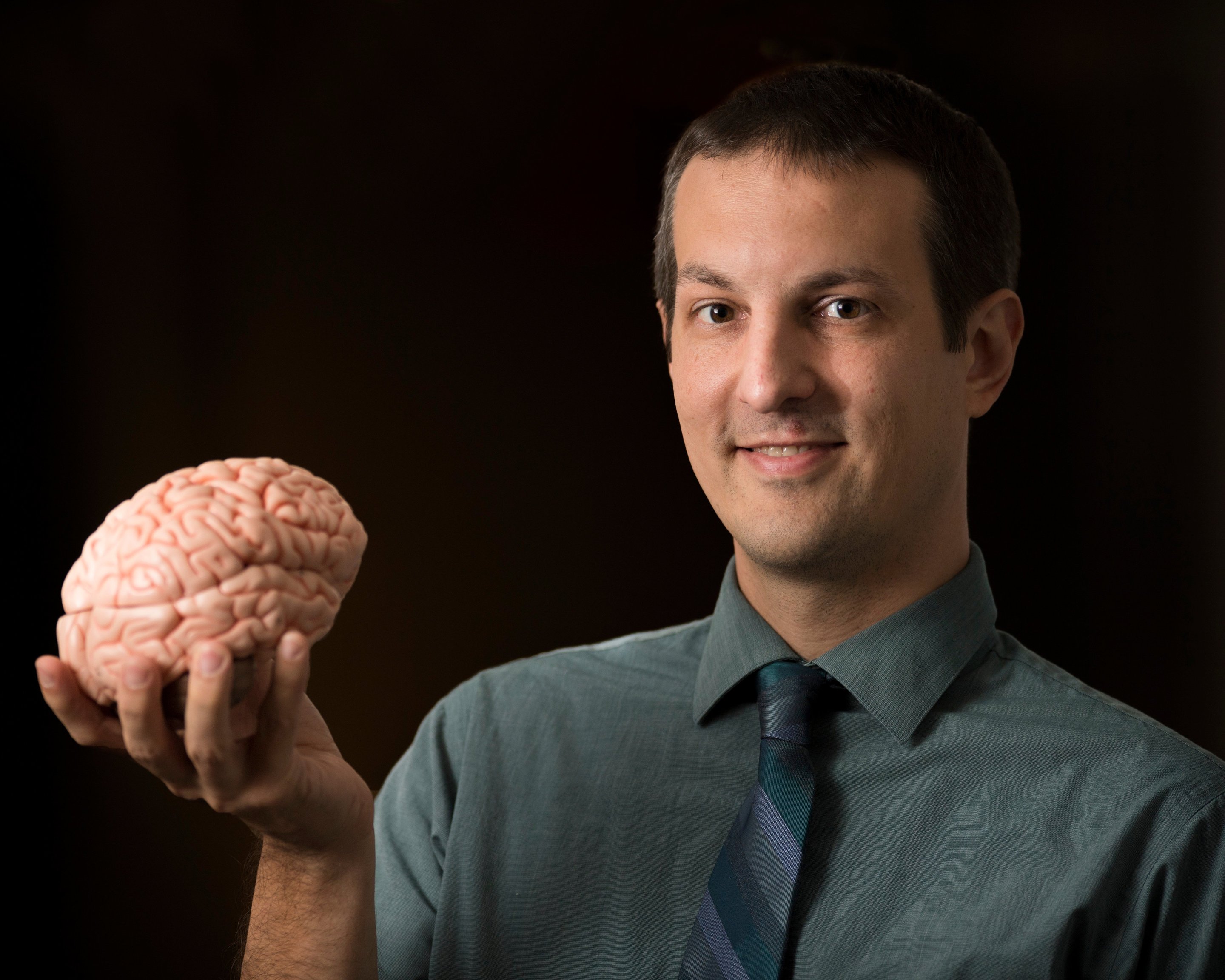 With a finding that will “rewrite neuroanatomy textbooks,” University of Iowa neurologist Aaron Boes, MD, Ph.D., and his colleagues show that the thalamus is not a critical part of the brain pathway involved in keeping humans awake and conscious.

The finding upends decades of medical dogma that placed the thalamus as a critical relay point for the signals originating in the brainstem and ending in the cortex that maintain consciousness (wakefulness). The new study, published online Nov. 12 as a preprint in the Annals of Neurology, provides the first systematic evidence from humans that questions the routing of this critical pathway. The study evaluates patients with strokes of the thalamus and shows that even extensive injury to the thalamus does not severely impair consciousness.

“Beyond just challenging a long-standing dogma that has persisted for decades, what’s really exciting about this finding is that it has implications for clinical care for patients,” says Boes, UI assistant professor of pediatrics and neurology and a member of the Iowa Neuroscience Institute. “Based on the old understanding, people have tried to stimulate the thalamus for disorders of consciousness without much success. Our results suggest that was the wrong target to go after and that the hypothalamus or basal forebrain would be better targets.”

Consciousness has two main elements—wakefulness and awareness. The more basic of the two, keeping the brain in a state of wakefulness, is what the UI team focused on in the current study. When this basic function is lost the result is coma, or loss of consciousness.

Despite a lack of concrete evidence, this pathway subsequently became textbook knowledge for students learning neuroanatomy. However, recent work in animals has shown that the thalamus may not be a critical part of the pathway, challenging the model.

To evaluate the role of the thalamus in the neural circuitry of arousal in humans, the UI team led by Boes and Joel Geerling, MD, Ph.D., assistant professor of neurology, searched medical records to identify 33 patients who had had a stroke that affected the thalamus. They used the patients’ MRI images to map the precise brain areas damaged by the stroke and assessed the level of consciousness for each patient within the first 12 hours of the stroke.

There were four patients with severely impaired arousal (coma, or stupor), all of whom had damage that extended beyond the thalamus into the hypothalamus and brainstem. In contrast, none of the patients with damage confined purely to the thalamus experienced severe impairment of arousal (wakefulness).

“It looks like the pathway most critical for maintaining consciousness runs from the brainstem through the hypothalamus and basal forebrain into the cortex,” Boes says. “I hope future studies will now focus on this new pathway. I think that could change the management of patients in a coma, and those with other disorders of consciousness.”

The new study is part of a larger effort by Boes and Geerling to investigate the brain pathways critical for maintaining consciousness. The researchers think that the other pathway (brainstem to thalamus to cortex) might have more of a role in attention and awareness.

“A key aspect of our study is identifying a similarity between the human brain and basic neuroscience findings in other mammals, mice included,” says Geerling, who also is a member of the Iowa Neuroscience Institute. “This means human wakefulness probably emerges from a network with the same basic wiring principles that evolved in other mammals, which suggests that our detailed studies of this network in mice or other model species will help identify new ways to treat human patients.”

An accompanying editorial written by Nicholas Schiff, professor of neuroscience at Weill Cornell Medical College, suggests that other neurologists also find the study convincing. Boes is hopeful this might mean that the next edition of neuroanatomy textbooks explaining disorders of consciousness will update the pathway to account for the new findings.