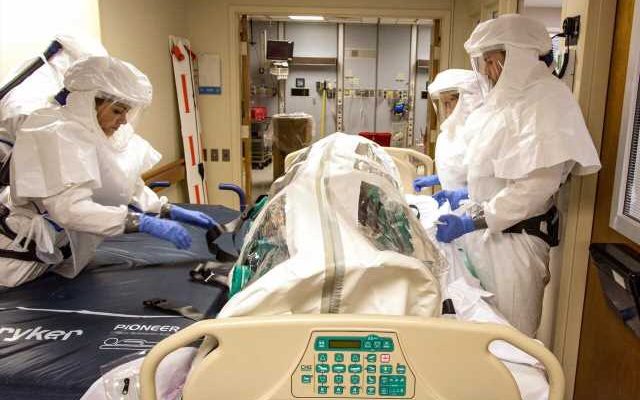 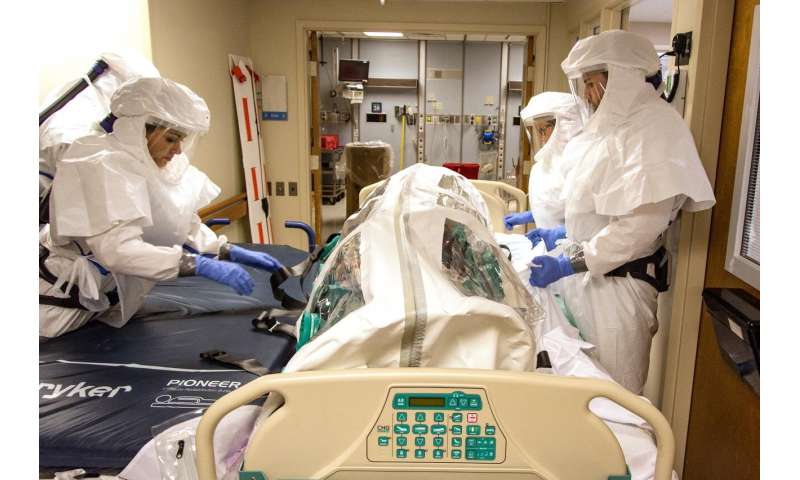 Rwanda has shuttered its frontier with Ebola-hit Democratic Republic of Congo after a third case of the deadly virus was detected in the border city of Goma, the Congolese presidency said Thursday.

The announcement coincided with the first anniversary of an epidemic that has claimed more than 1,800 lives, stoking dread that the disease may spread from eastern DRC to vulnerable neighbours.

In a statement, President Felix Tshisekedi’s office condemned a “unilateral decision by the Rwandan authorities” that affected citizens from both countries who had to cross the border as part of their daily life.

Goma, a city of two million people and a major transport hub, shares the border with the Rwandan city of Gisenyi, which has a population of more than 85,000.

Many people have jobs on the other side of the border while others have homes or put their children in schools in the neighbouring city.

“On the basis of a unilateral decision by the Rwandan authorities, Rwandan citizens cannot go to Goma and Congolese cannot leave Gisenyi but are prevented from going home,” the statement said.

“This decision harms a number of Congolese and expatriates who live in Gisenyi but work in Goma.”

It added: “The Congolese authorities regret this kind of decision, which goes against the recommendation of the World Health Organization.”

“Response teams are continuing to ensure that the city of Goma is out of danger,” it promised.

An AFP reporter in Goma and a resident in Gisenyi each confirmed the frontier had been closed. In Rwanda, a government official, speaking on condition of anonymity, said “it is closed”, without giving further details.

Just hours earlier, a third case of Ebola was announced in Goma, adding to two fatalities.

Health workers are racing to find people who have had contact with these patients.

In an urban setting, density of population, anonymity and high mobility make it far harder to isolate patients and trace contacts compared to the countryside.

Goma is the capital of North Kivu province, which has borne the brunt of the year-old epidemic, followed by neighbouring Ituri province.

Fifteen people have also been placed in quarantine in South Kivu province, which has so far escaped the epidemic.

The 15, including a mother and her six children who had come from Goma, were isolated in a hospital at Birava, the hospital’s chief doctor, Ciza Nuru, said.

South Kivu Governor Theo Ngwabidje Kasi told the press Thursday that tests on the 15 were negative.

The first death in Goma, reported on July 16, was of an evangelical preacher who had travelled from Goma to Butembo, one of the towns hardest hit by the outbreak.

During his stay there, he preached at seven churches and regularly touched worshippers, including the sick, and then returning to Goma by bus, investigators said.

The second Goma fatality had no connection with the first, according to their inquiry.

He was a gold miner who had been working in Mungwalu in Ituri province and had returned to his wife and 10 children at their home in the poor district of Kiziba.

He showed symptoms of Ebola on July 22 and went for outpatient treatment at a private clinic before going to hospital on July 30, which transferred him to an Ebola treatment centre.

His one-year-old daughter then fell ill and tested positive for the disease on Wednesday, according to investigators.

The day after the preacher’s death was announced, the WHO declared the epidemic a “public health emergency of international concern”—a move that prompted a surge in funding pledges.

Ebola is named after a river in northern DRC, then named Zaire, where the virus was first identified in 1976 by a Belgian-led scientific team.

The disease is spread by contact with infected body fluids and is fought with time-honoured but laborious techniques of tracing contacts and quarantining them.

Nurses and doctors have to dress in full-protection biohazard suits and respect intensive disinfection measures.

There is no medical cure for Ebola, although an unlicensed but tested vaccine has been widely deployed to help protect frontline workers.