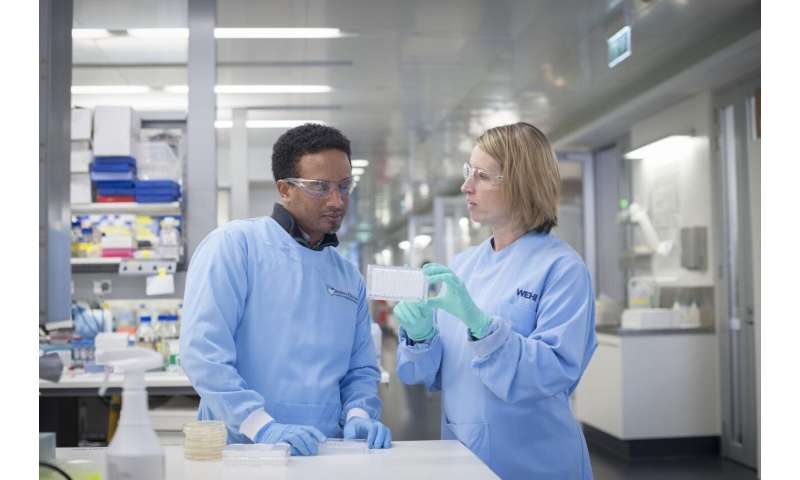 Researchers have narrowed down the malaria proteins and disease-fighting antibodies that could be used to develop a vaccine against the most severe forms of malaria.

Associate Professor Alyssa Barry, who was recently appointed to lead the Systems Epidemiology of Infection unit within the Deakin School of Medicine, said the findings from her most recent project were a major step towards developing a viable vaccine for the disease.

There were 219 million cases of malaria worldwide in 2017, leading to an estimated 435,000 deaths, according to the latest figures from the World Health Organization.

“As part of their survival strategy within the human host, malaria parasites use PfEMP1 to stick to the walls of blood vessels, and this can cause blockages to blood flow and inflammation, leading to severe disease,” she said.

“Malaria parasites change these proteins to escape from developing immune responses, and every strain has a different set of proteins, making the identification of vaccine targets like finding a needle in a haystack.”

The research team managed to pinpoint which antibodies were most effective in fighting the most severe forms of malaria, by using antibody measurements from hundreds of different variants of the PfEMP1 proteins.

The team—a collaboration between Associate Professor Barry, the Walter and Eliza Hall Institute of Medical Research (WEHI), James Cook University and malaria experts from Papua New Guinea, France and the US—collected hundreds of PfEMP1 proteins from malaria strains from children in PNG who had been naturally infected by the disease.

“It’s the first time anyone has shown this. For years, researchers have thought that developing a malaria vaccine based on PfEMP1 would be virtually impossible, because the proteins are just so diverse,” Associate Professor Barry said.

“It’s similar to the flu vaccine, where you have to keep adjusting and updating it as the virus strains evolve from year to year. Malaria is even more diverse than influenza—one village in a country such as PNG could contain thousands of possible PfEMP1 variants.

“But in malaria-endemic areas, children who are repeatedly infected develop immunity to severe malaria by the time they’re about two years old, so we know antimalarial immunity is possible, and it can develop after exposure to only a few strains.”

Associate Professor Barry, who also heads the Translational Genomics Group at the Burnet Institute, said while immunity to milder forms of malaria presented a “formidable obstacle”, immunity to severe malaria targets only a small subset of proteins that have many similarities between strains—making the essential components for a vaccine much easier to identify.

“Using genomic sequencing, we collected PfEMP1 proteins from different strains of malaria, measured antibodies to those proteins to identify the protective antibody—the biomarker of immunity—that protects kids against disease,” she said.

“We were able to identify these antibodies by monitoring for patterns of disease, following the children in PNG for 16 months to determine which of them were susceptible to the more severe forms of the disease, and those who were protected and only experienced milder forms of the disease.

“It’s been a long road, and has involved a large team, but it’s a major step forward, and this provides hope that creating a vaccine might be possible.”

The research was led by Associate Professor Barry and her then-Ph.D. student Dr. Sofonias K Tessema, while they were both at the Walter and Eliza Hall Institute. Dr. Tessema is now a postdoctoral scholar at University of California San Francisco.