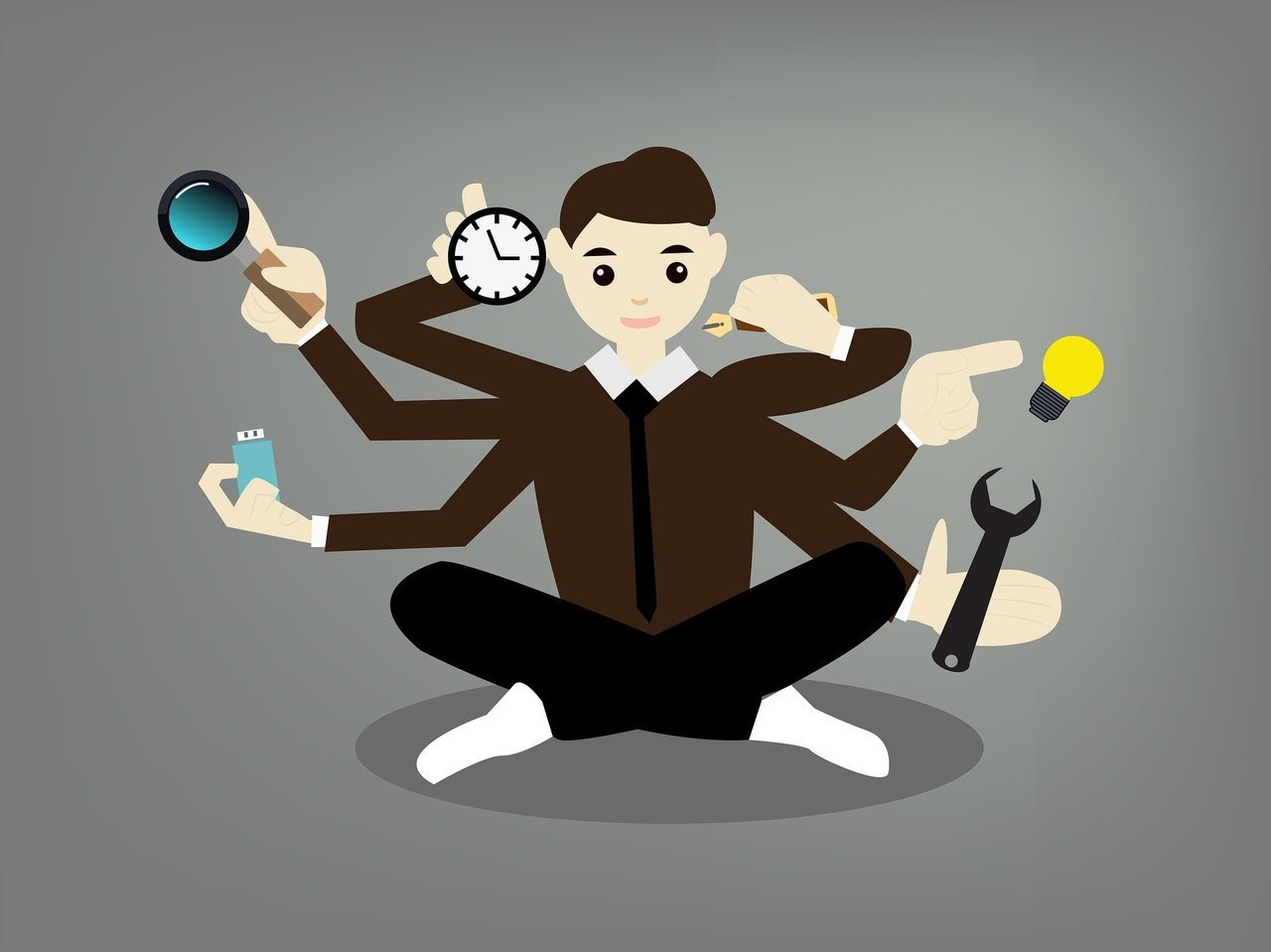 Our ability to do things well suffers when we try to complete several tasks at once, but a series of experiments suggests that merely believing that we’re multitasking may boost our performance by making us more engaged in the tasks at hand. The findings are published in Psychological Science, a journal of the Association for Psychological Science.

“Multitasking is often a matter of perception or can even be thought of as an illusion,” explains researcher Shalena Srna of the Stephen M. Ross School of Business at the University of Michigan. “Regardless of whether people actually engage in a single task or multiple tasks, making them perceive this activity as multitasking is beneficial to performance.”

Evidence suggests that humans are actually incapable of paying attention to multiple tasks at the same time—we may think that we’re multitasking, but we’re actually switching back and forth between tasks.

Importantly, our perception of multitasking is flexible. We might perceive sitting in a meeting as a single task, Srna says, but we may actually be engaged in two tasks: listening to the person speaking and taking notes. When we are clothes shopping, we could view it as looking for the best deals or we could see it as simultaneously browsing the clothing racks and comparing competitors’ prices.

Srna and colleagues wanted to find out whether shifting our perceptions about multitasking could change how we engage with the task(s) at hand.

In a lab-based study, 162 participants watched and transcribed an educational video from Animal Planet. Half of the participants believed they’d be completing two tasks, a learning task and a transcribing task; the other half believed they’d be completing a single task testing their learning and writing abilities. In other words, both groups completed the exact same activities, the only difference was their belief about how many tasks were completing at one time.

The results were revealing: Participants who believed they were multitasking transcribed more words per second, wrote a greater number of words accurately, and scored better on a comprehension quiz.

The researchers saw a similar pattern of results in an online note-taking study: Participants who believed they were multitasking took higher-quality notes with more words compared with those who believed they single-tasking.

In another online study, the researchers investigated whether a more subtle manipulation would influence perceptions of multitasking. All participants completed two word puzzles presented on screen at the same time. Some saw puzzles that were supposedly part of the same study and were displayed against the same background; others saw puzzles that were supposedly part of two different studies and were displayed against different background colors separated by a vertical line.

As expected, participants who saw the puzzles as part of different studies rated the activity as more like multitasking than did those who believed they were completing tasks for a single study. Again, the multitaskers submitted more words per second and more correct words compared with their single-tasking peers. These results replicated across 30 experiments in which participants received monetary rewards based on their performance.

But why would perceiving an activity as multitasking enhance performance? Srna and colleagues hypothesized that it might come down to participants’ engagement in the tasks.

To test this, the researchers conducted lab-based version of the word puzzle study, using eye-tracking technology to measure participants’ pupil dilation as they worked. Not only did participants in the multitasking condition submit a greater number of correct words, they also showed greater average pupil dilation during the activity, suggesting they were exerting more mental effort to stay engaged.  Although the multitaskers did switch more often between the puzzles, this did not appear to hamper their performance.

To be clear, these findings do not suggest that we should all start multitasking to improve our performance. Rather, the research indicates that for a given activity, it’s the belief that we’re multitasking that can influence how well we do.