Bachelor couple Arie Luyendyk Jr. and Lauren Burnham revealed in a heartbreaking YouTube video on Saturday, May 30, that she miscarried their second child.

“A little over a month ago, we got the most exciting news and we found out that we were pregnant with our second baby,” the pair captioned the video on their YouTube channel. “We made so many plans. We bought a new house with more space, we planned how we wanted to tell you all and we envisioned our future with Alessi’s little brother/sister.” 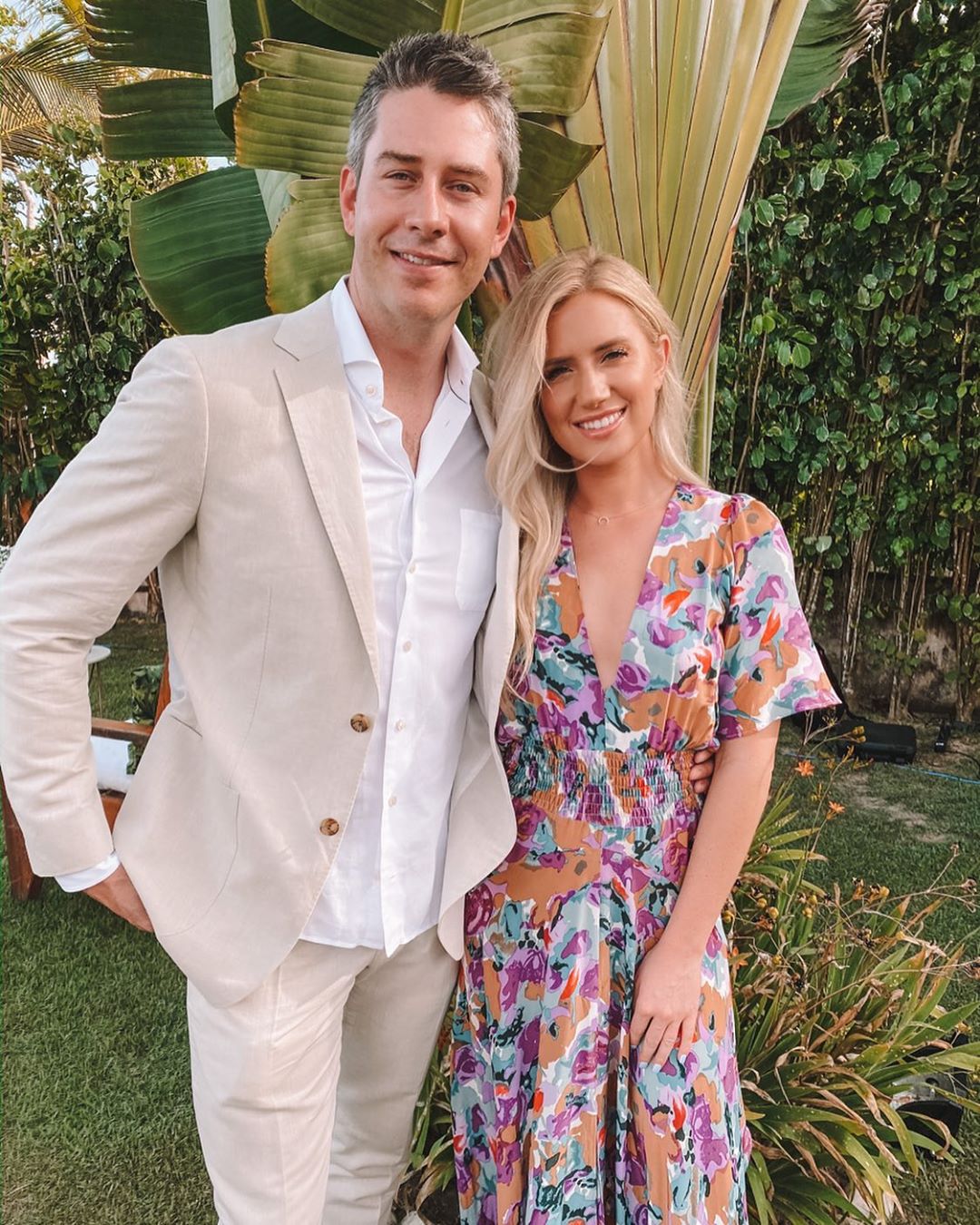 “We were planning to share our journey through pregnancy with you, but unfortunately we didn’t get the happy story we had hoped for,” they continued. “We decided to share this part of our journey with you, because well, we share everything with you! But also because we hope that by talking about this we can make other couples going through these times a little less lonely.”

The 27-minute video begins with Burnham, 28, revealing that she has “a little secret surprise” and is planning to buy two pregnancy tests, sneak them into the bathroom, mark one as positive and try to prank the race car driver, who’d accused her of being pregnant because she was “so mean” to him lately.

But the joke is on her when the other test reveals that she is actually pregnant. “Oh, my god!” she exclaims as Luyendyk, 38, holds up the test.

After doing another test to confirm it, Burnham has tears in her eyes as she says, “That took a turn that we did not plan for,” and tells their daughter, Alessi, 12 months, “You’re going to be a big sister.”

Then after showing an ultrasound, she says that they “didn’t get the best of news” as her husband says he “is still processing.”

In a more somber moment, the pair sit on their bed and talk about the past few weeks as they made plans to move into a new house with their growing family.

The pair shared a video of Burnham’s first check-up at the OB/GYN’s office while Luyendyk waits outside due to coronavirus restrictions. He talks to his toddler in the car, telling her, “Can you believe you’re going to have a brother or a sister? It’s blowing my mind still. But if we have one just like you, we’ll be so lucky.”

In the doctor’s office, the ultrasound reveals that her baby is only the size of a 5-week-old fetus, when Burnham is in fact eight weeks along. Blood tests reassure the couple that her hormone levels are rising. “It’s the best news ever,” Luyendyk says as he grabs his wife’s belly.

But in a follow-up appointment two weeks later, another ultrasound reveals that the baby hasn’t grown as much as it should have.

At a third appointment — on Thursday, May 28, the day before Alessi’s 1st birthday — they learn that Burnham had a missed miscarriage, when the body doesn’t recognize the pregnancy loss or expel the pregnancy tissue, so hormones continue to be released.

“It’s been a roller-coaster of emotions,” Luyendyk admits as his wife admits that trying to act as if nothing was happening on social media was so difficult. “Going from scared at first a little bit, because it was so soon, then happy, then just worried for weeks on end and then obviously today was the bad news. It’s something you can never really prepare for.”