Well, it’s July 4th again. While I’m planning to share with my son the story of how America came to be, and the significance of Independence Day in our nation’s history, I’m not going to sugarcoat the bad and the ugly when it comes to U.S. history. I’ll be spending the 4th of July teaching my kid the hard truths about the United States of America. 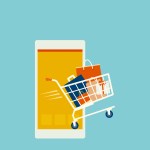 Appliances, Furniture & Mattresses Are Deeply Discounted for the 4th of July & These Are the Best Deals

It wouldn’t be an accurate story about our nation’s first days without highlighting that Black people were enslaved by the nation’s “founding” fathers, and are still preyed upon by a prison system that strives to keep them in a different kind of enslavement to this day. It wouldn’t be fair to our country’s legacy — and to my son’s developing sense of self — to neglect to mention that the Constitution wasn’t written with women in mind (nor did it consider people of color, including the Native Americans who lived on this land before white folks decided to claim it as their own).

I am patriotic. I want my son to be a proud American, too, if he so chooses. I am grateful to be born into a time and place where I feel I can fully be myself — as a lesbian mom in New York City — and I don’t want my child to take that freedom for granted. But patriotism is about much more than blindly waving my nation’s flag and getting mad at anyone who doesn’t like us, or who says something negative about America.

The “land of the free, home of the brave” takes on a very different meaning if you’re a straight, white, educated Protestant male than if you’re a Muslim immigrant, a queer Jew, or a Black trans woman who didn’t go to college.

I celebrate the country that has granted me my voice through our First Amendment rights — a voice that I use to speak my mind, including to criticize the places where America has failed. I am privileged that this country has gifted me with an education so that I can both sharpen my intellectual skills and support my family through work and writing.

I am in awe of this beautiful country that has built some of the most diverse cities in the world. There are very few places on the planet where Muslims and Jews can sit next to each other in peace on the train, where two moms can raise their own child proudly, where a Black boy born in the projects can go on to become a billionaire entrepreneur.

America truly is the land of opportunity. I want my son to feel that — and hopefully to get to live that dream. 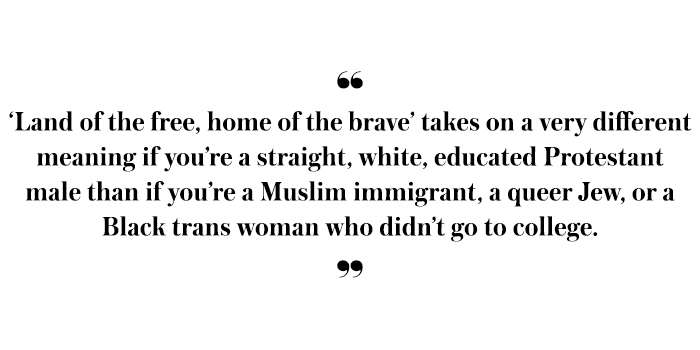 America is the country that promised its people “life, liberty, and the pursuit of happiness,” and which backs that promise up with Constitutional Amendments that have grown in number with time to extend that promise’s reach to corners of the population who were formerly excluded. It’s the land that erected a great copper statue in its harbor with a powerful poem etched at its base: “Give me your tired, your poor, your huddled masses yearning to breathe free… Send these, the homeless, tempest-tossed to me.”

I will teach my son that we are a country that has long opened its arms to help others in need, a reflection in part of what the founders of America faced when they fled religious persecution and the imperialist rule of England.

It would be a dishonor to America, and to the next empire poised to rise in our dust, to omit the clear and simple truths of this nation’s ugly past and present. Most of all, on this Fourth of July, it would be a lie to tell my son that we wave our flag free from guilt.

In fact, we can wave the red, white, and blue with genuine pride and celebrate the extraordinary lives we’re privileged to live — but we hold this truth to be self-evident that not all men and women (and certainly not those who identify as neither) are considered equal in America today. It simply means that my generation, my son’s, and the ones that come after must continue to fight for this country to be the truly inclusive place it aspires to be.

A version of this story was originally published in July 2019.

Before you go, check out these celebrity parents who talk to their kids about racism: