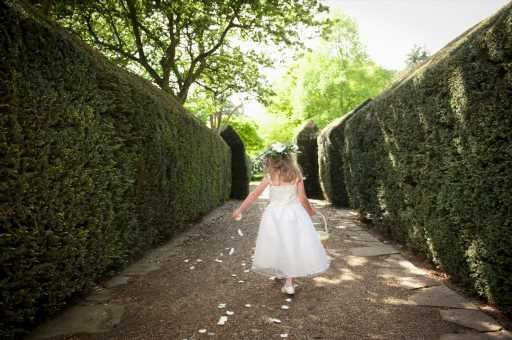 What is it about weddings that can turn completely sane, caring women into total bridezillas? A father of two — one biological child, and one stepchild – has found himself questioning if he should skip the wedding since his sister is adamant that his stepdaughter is not allowed to come. The stressed dad took to Reddit to see whether or not he was in the right for considering skipping his sister’s wedding.

“I have two daughters, my biological daughter Alicia (6) and my stepdaughter Marissa (14). I started dating my wife Natalie two and a half years ago, and we have been married for seven months. Marissa’s father is, to be blunt, a narcissistic a—h— and Natalie works long hours. So while there were some issues at first we’ve gotten really close. Plus Alicia completely loves and looks up to her big sister,” explains the OP, setting the scene.

“My sister, May, has been planning her wedding. I’m the best man. She wanted Alicia to be her flower girl and our nephews are both involved. They want a childfree wedding, but made an exception for every niece and nephew aside from Marissa. I understand not having Marissa in the wedding party, but having all the cousins but Marissa at the wedding isn’t right.”

This dad’s concerns are completely reasonable. Raising a blended family is difficult, no matter which way you slice it, and othering stepchildren is a one-way ticket to a tense home environment.

“I tried to talk to May about it, but it’s gone poorly. She thinks it’s fine, that Marissa doesn’t have a role so there no reason to bring her, that she doesn’t want more children at the wedding, that she ‘barely knows’ Marissa so it’s ‘not the same’ as Alicia,” he continued. Hold up — don’t adults usually get plus-ones to weddings? Is the bride checking all of her friend’s dates, too? The logic doesn’t hold up.

“So it would be me, Nat and Alicia there, as well as all the cousins, but Marissa has to stay home. While I can kind of see where she’s coming from, I don’t agree at all. I told May that if she excludes Marissa, Alicia and I won’t be coming. She’s furious about me not supporting her, losing the flower girl and best man and thinks I’m being selfish,” the clearly-exasperated dad concluded. 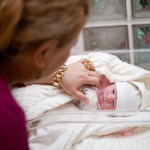 Reddit was firmly in the dad’s corner, labeling his sister TA. “May definitely is TA. ‘No children’ is fine. ‘No children except nieces and nephews’ is fine but ‘no children except nieces and nephews but not including that one’ is ridiculously arbitrary and just plain nasty,” noted one user. People part of blended families commented that they don’t even distinguish between bio- and step- children in their extended families at all.

Others also found it off-putting that the sister didn’t include her brother’s stepdaughter in the bridal party in the first place. “The caring thing to do would’ve been to include Marissa in the bridal party… the decent thing to do is to let her enjoy the day… the AH move is to exclude her… it is the bride’s choice… she’s chosen to not include her you’ve chosen to be a good dad and a decent human…” summed up another.

“[S]he’s not supporting you by trying to exclude just your step-daughter,” commented another, who then added, “What is it about weddings that makes so many brides, grooms and mothers of the bride/groom go all irrational!” Many others chimed in with their own experiences of being at the receiving end of a bride-to-be’s wrath.

Listen, every bride deserves the magical wedding of her dreams. But it’s hard to imagine how excluding her 14-year-old niece simply because they are not related by blood could possibly enhance said dream wedding. Every bride is beautiful, but that decision could really make things ugly.

These celeb parents know how to throw an epic birthday bash!