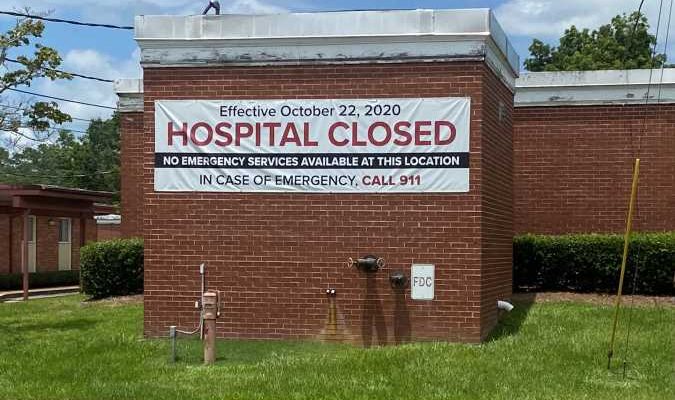 The 33-year-old woman with multiple health conditions was in respiratory distress and awaiting an ambulance. About 20 minutes after the emergency call, it arrived.

The Cuthbert home where Gipson lived was less than a mile from Southwest Georgia Regional Medical Center, but the ambulance couldn’t take her to the one-story brick hospital because it had closed three months earlier, in October 2020.

Instead, the EMTs loaded Gipson into the ambulance and drove her more than 25 miles to the hospital in Eufaula, Alabama, where she was pronounced dead.

“They said it was a heart attack,” said Keila Davis, who, along with her husband, lived with Gipson. “If the hospital was still open, it could have saved her.” 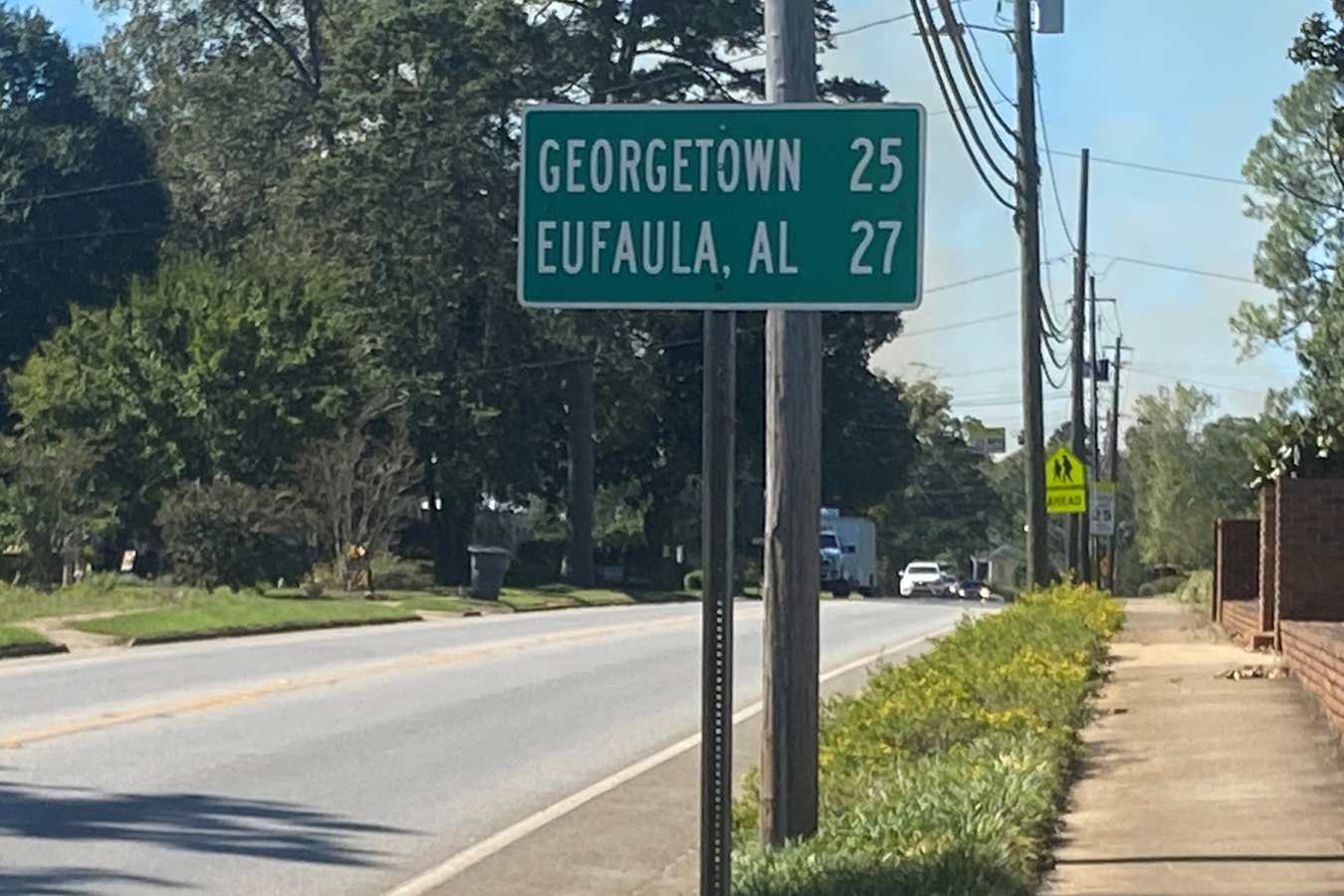 The Cuthbert hospital was one of 19 rural hospitals in the U.S. that closed in 2020. That’s the largest number of such facilities to shut down in a single year since 2005, when the Cecil G. Sheps Center for Health Services Research at the University of North Carolina began tracking the data.

In the past 10 years, eight rural hospitals have shut down in Georgia; only Texas and Tennessee have had more closures. The center’s data shows that 86 of the 129 hospitals that closed in that time were in Texas and the Southeast.

Health care experts and recent studies say Medicaid expansion helps keep hospitals afloat because it increases the number of adults with low incomes who have health insurance. None of the eight states with the most rural hospital closures since 2014, when Medicaid expansion was first implemented through the Affordable Care Act, had chosen to expand the insurance program by the start of 2021. In several of those states, including Georgia, Republican-led governments have said such a step would be too costly.

Georgia’s inaction on Medicaid expansion “hurt us probably more than anybody else,” said Cuthbert Mayor Steve Whatley, a Republican who lost his reelection bid in the city of about 3,400 people in November.

A hospital closure may be felt more in some communities than others. The one in Cuthbert, Whatley said, “is unbelievably impactful.” Not having an emergency room nearby means that each response by an ambulance takes it offline for two to three hours, said Whatley, who is also the chairman of the Randolph County Hospital Authority.

Clifford Hanks, 78, of Cuthbert had to drive to Eufaula’s ER recently when he was experiencing sharp back pain. “The ambulance is too slow and not available,” Hanks said while sitting in a store on the Cuthbert square. The drive, he said, was rough.

Several factors have contributed to the hospital closures nationally, according to the Sheps Center. Struggling rural hospitals treat high numbers of uninsured patients and people with chronic disease, said George Pink, a senior research fellow at the center. “They have a high level of uncompensated care,” Pink said, and not enough patients with private insurance, which reimburses hospitals at higher rates than Medicaid and Medicare do.

The population in rural areas tends to be older as well, which would lead to increased costs of care.

Pink also said that recruiting physicians to rural counties, many of which have shrinking populations, is difficult. And many of the hospitals that have closed were experiencing infrastructure problems as funds for maintaining buildings and equipment declined.

“These hospitals have been losing money for years,” Pink said.

University of Washington researchers have found that rural hospital closures led to increased mortality for inpatient stays in that region, while urban closures had no measurable effect. Among the reasons they cited were the increase in the time people had to travel to get hospital care and that some medical providers leave communities when hospitals close.

Federal covid relief funding has tempered the rate of hospital closures this year, according to Brock Slabach, chief operations officer at the National Rural Health Association. Still, the group estimates that 453 rural hospitals, or about a quarter of the total, are at risk of closure.

“We could see eight to 10 rural hospitals close in Georgia in the coming years,” said Jimmy Lewis, CEO of HomeTown Health, a rural hospital association in Georgia. “They’re going to run out of cash.”

More than 60% of Randolph County residents are Black, and the surrounding counties, whose residents used to travel to Cuthbert for hospital care, have Black populations of 47% or above.

In the region, Black Americans, especially older people with diabetes and high blood pressure, are very concerned about the hospital closing, said Charisse Jackson, an employee at the CareConnect health center across the street from the hospital.

The community hopes to get some medical care back, if not a total revival of the hospital. The hospital authority, locally based Andrew College and a Mississippi management firm are working together on a bid for U.S. Department of Agriculture grants of $1 million and $10 million. The vision is to have a stand-alone emergency room with a handful of beds. The hospital authority, Whatley said, still has “a couple million dollars” to support the funding if it is approved. “Fifteen million dollars would do it,” Whatley said.

In downtown Cuthbert, the history of Southwest Georgia Regional Medical Center unfurls in a mural on the walls of Randolph County’s old courthouse, which now houses the Randolph County Chamber of Commerce.

Local pharmacist Carl Patterson’s family founded the hospital in 1916 as Patterson Hospital. After the facility’s closure, Patterson said, Randolph County does not have a physician in full-time practice.

Supporting the hospital financially was always tough. It needed $10 million in upgrades, and surgery, a profitable service at some facilities, was not done there.

“Our hospital wasn’t the greatest, but it was a means to get you stable. It helped a lot of people,” said Brenda Clark, who was born at the hospital and now works in a Cuthbert wellness center across the street from the shuttered facility. Older people who need care “can’t get into their cars and drive to Eufaula or Albany,” she said.

The hospital closure has been “devastating” for businesses, said Rebecca White, executive director of the county chamber of commerce. About 25% of Randolph County residents already lived below the poverty line.

“No doubt in my mind, that hospital was a lifesaver,” said Dr. A.S. Ghiathi, a family physician who worked at Southwest Georgia Regional Medical Center for more than 20 years. Ghiathi, 64, still lives in Randolph County but works mainly at a Mercer Medicine clinic in nearby Clay County’s Fort Gaines. That county also has no hospital.

The closure of the Randolph County hospital “was like a death,” he said. “People grieved over this loss. We wanted to pass this hospital on to the next generation.”

Some residents of Randolph County say the loss of the hospital has been a factor in medical tragedies, such as the death of Lacandie Gipson, and could cause others.

Jeanette Love, 67, who lived in the Randolph County town of Shellman, died while waiting for an ambulance, her sister Susie Jackson said. It had been called because Love was having a hard time breathing.

The Randolph County ambulance was tied up, Jackson said, so one from another county had to be dispatched to pick up Love, who had chronic obstructive pulmonary disease and diabetes. The delay grew longer when that ambulance went to the wrong address.

“It took an hour and a half or longer,” Jackson said.

“It’s about 15 to 20 minutes to Cuthbert,” said Jackson, who drove from her home in Shellman to Love’s house that July day to help her. “I had a car. I could have taken her to the hospital. She may have been saved.”

Instead, while the sisters waited, Jackson said, Love “sat by me, laid her head on my shoulder and died.”

On the medical situation in Randolph County, Jackson said, “We are better than this.”