After years of rising deaths from accidental drug overdoses, the body count in North Carolina is finally going down.

New data, announced by Gov. Roy Cooper on Friday, shows that overdose deaths dropped by 5% in 2018. It was the first time in five years that the number of overdose deaths hadn’t increased.

“This is a major milestone for North Carolina but the figures show we have much more work to do to keep people healthy and alive,” Cooper said in a news release.

There were 99 fewer accidental overdose deaths last year, as the fatalities dropped from 1,884 in 2017 to 1,785 in 2018. In addition to roughly 5% fewer deaths, Cooper said, the state also saw 10% fewer emergency room visits for opioid overdoses.

North Carolina has been hit hard by the opioid epidemic. One report, from 2016, named Wilmington as the worst city in the United States for opioid abuse, and also named Hickory, Jacksonville and Fayetteville as among the top 25 worst.

But even though the number of deaths declined from 2017 to 2018, the nearly 1,800 people who died from unintentional drug overdoses last year is still far above the roughly 1,300 deaths around North Carolina in 2016.

Cooper said the biggest thing the state could do to further cut the number of overdose deaths would be to help more people get access to health care—specifically, he said, by expanding Medicaid. There are 1 million North Carolinians who don’t have health insurance, WUNC reported in February.

“Medicaid Expansion is the easiest and most effective step our state can take to continue our fight against this deadly disease,” Cooper said Friday.

He has been pushing to expand Medicaid in North Carolina since he became governor—unsuccessfully, since he needs the state legislature’s approval but Republican leaders have opposed the idea, often citing uncertainty about future costs.

Yet the Democratic governor renewed his push this year, emboldened by the fact that Republicans no longer hold a veto-proof majority in the General Assembly after the elections in 2018.

Cooper vetoed the new state budget, which was supposed to go into place last month, to try to force a compromise on Medicaid expansion. And he used Friday’s news to continue advocating for the plan.

Mandy Cohen, secretary of the state’s Department of Health and Human Services, said that while the declining number of deaths and emergency room visits is promising, “we know far too many North Carolina families are still suffering. We must continue to focus on prevention, reducing harm and connecting people to care.”

Doctors in North Carolina are only prescribing about three-fourths the number of pain pills they were as recently as 2017, Cooper’s office said Friday. That could be in part due to the STOP Act the legislature passed that year, which told doctors to start prescribing fewer pills.

Cooper’s office also pointed to two “opioid action plans” the state DHHS put together, in 2017 and again earlier this year, to target a number of specific issues contributing to the crisis, related to pain pills as well as to drugs like heroin and fentanyl. 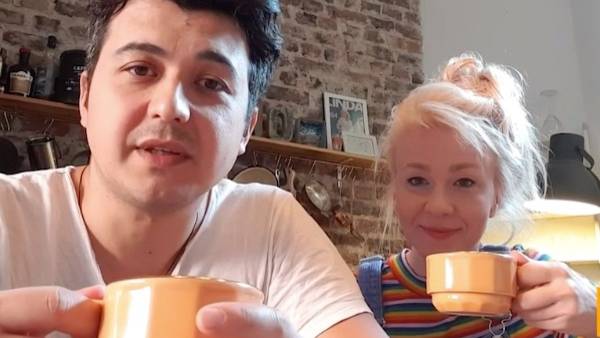 You can see in the Video: Ten pounds in two weeks lose weight? Reporter test the Thonon diet. (Source: RTL.de)