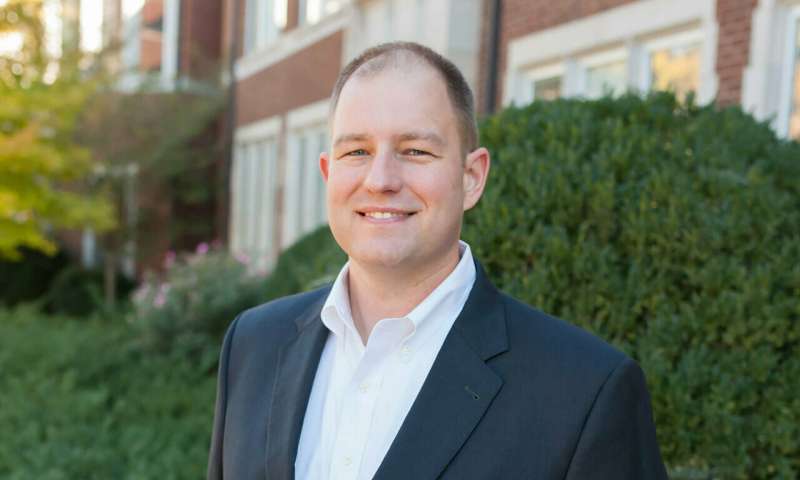 Prescription opioids may be negatively affecting labor force participation and unemployment nationwide, according to findings in a new study co-authored by economists at the University of Tennessee, Knoxville, and published in The Journal of Human Resources.

The study, measuring causal effects of opioids on the labor force, is the first of its kind to be published in a peer-reviewed journal, said Matt Harris, assistant professor in UT’s Boyd Center for Business and Economic research and co-author of the study.

“The effects are really large,” said Harris. “Prescription opioids may explain up to half of the decline in labor force participation since 2000.”

Harris co-authored the paper, “Prescription Opioids and Labor Market Pains,” with UT’s Larry Kessler, Matt Murray, and Beth Glenn, now a postdoctoral scholar at Tulane University. The researchers were prompted to investigate a link between labor markets and opioid usage after employers began asking why no one was applying for job openings.

“We found that opioids have this strong adverse effect on labor force participation but only a marginally significant effect on the unemployment rate, which leads us to believe that opioids are leading individuals to exit the labor force entirely,” said Kessler.

Tennessee is among the states with the highest number of heavy opioid-prescribing practitioners. On average, providers in Tennessee write 1.4 opioid prescriptions per person per year. At the average dosage per prescription, this rate is equivalent to prescribing 80 opioid doses to every man, woman, and child in Tennessee each year.

The researchers emphasize that addressing the opioid epidemic is going to require considerable funding and an increased focus on treatment therapy. In addition to quelling the adverse health effects of the epidemic, they said, there are considerable economic gains to be attained from addressing the core issue of addiction.

“The results suggest that in Tennessee, you could effectively boost income among residents by $800 million per year if you reduce opioid usage 10 percent,” said Harris.

Other key findings include:

* The detrimental effect of prescription opioids on labor markets holds true for both rural and nonrural counties.