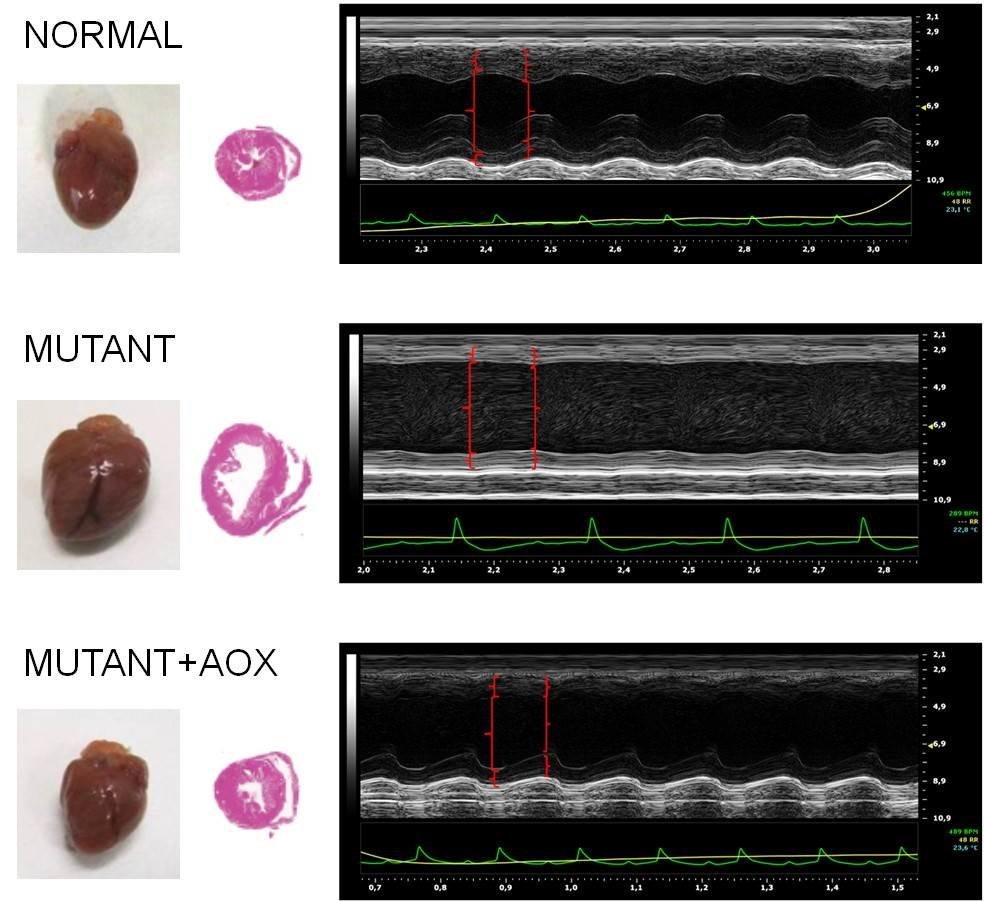 Researchers at the University of Helsinki and Folkhälsan Research Center have, together with their collaborators, demonstrated in a mouse model that the partial restoration of respiratory chain function in mitochondria, which serve as cellular power plants, may be sufficient to prevent all symptoms of a severe mitochondrial disorder.

The model employed in the study was based on the cross-breeding of two mouse strains: one developed by Professor Vineta Fellman’s research group, carrying the human GRACILE syndrome patient mutation, and mice expressing alternative oxidase (AOX), which was provided by Professor Howard Jacobs and Dr. Marten Szibor. GRACILE syndrome is a currently untreatable mitochondrial disease belonging to the Finnish disease heritage.

Mammals do not normally have the AOX gene, but since mitochondria are so similar in all organisms, it maintains its function even after being transferred from a sea squirt (Ciona intestinalis) to mice. AOX is a mitochondrial enzyme that has the ability to improve electron flow in the respiratory chain when a part of the chain, complex III in this case, becomes dysfunctional due to a disease-causing mutation.

“The AOX transgene extended the lifespan of the mice dramatically by enhancing respiration in the tissues that require the most energy, such as the heart. Of course, such a transgene cannot be used to treat humans, but our remarkable findings encourage further investigations in this and other mouse models for mitochondrial diseases. An interesting experiment would be, for example, to use a virus to express AOX in the sick tissues,” Kallijärvi notes.

Mitochondrial diseases are inherited disorders of energy metabolism. They can manifest at almost any age and in any tissue of the body. Modern molecular genetics often allow correct diagnosis at an early stage, but treatment options remain scarce. Diseases caused by a mutation affecting the third complex of the mitochondrial respiratory chain are extremely rare. One of these, GRACILE syndrome, does, however, occur specifically in Finland, which makes it part of what is known as the Finnish disease heritage.

Neonatologist Vineta Fellman described this serious neonatal disease in 1998, and in collaboration with the late Professor Leena Palotie, published the underlying mutation in 2002.

About a decade ago, Professor Fellman’s group generated a mouse model carrying the human patient mutation to conduct further studies of this disease.