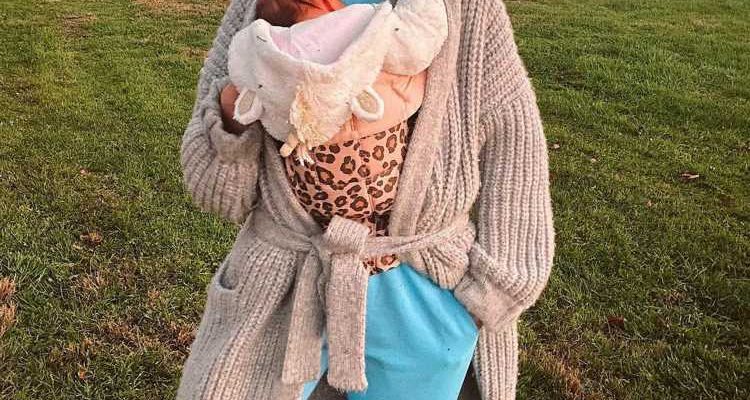 The supermodel, 25, opened up about her life as a mom on Thursday when she revealed to fans that has returned to two months after welcoming her daughter with boyfriend Zayn Malik.

In a video shared to her Instagram Stories, Hadid captioned, "would say back 2 work BUT bein a mama is a job like no otherrrr."

The clip showed the new mom filming herself while sitting on a black leather sofa.

"BACK IN THE OFFICE," she added in the caption. Hadid and Malik, 27, welcomed their first child together in September, sharing separate posts on social media about the arrival of their baby girl.

The "PILLOWTALK" singer was first to confirm her arrival with a Twitter message on Sept. 23, writing, "Our baby girl is here, healthy & beautiful," alongside a photo of the baby holding onto his finger. "to try put into words how i am feeling right now would be an impossible task."

"The love i feel for this tiny human is beyond my understanding.Grateful to know her, proud to call her mine, & thankful for the life we will have together x," he added at the time.

Hadid followed suit on Instagram, sharing another photo of Malik's hand resting on their daughter's blanket.

"Our girl joined us earth-side this weekend and she’s already changed our world. So in love🥺💕," she wrote in the caption.

Since then, Hadid — who held off on posting photos of her baby bump during her pregnancy — began sharing glimpses of her journey to motherhood on social media.

Recently, the new mom posted a series of never-before-seen photographs taken during her final leg of pregnancy back in August. One shot featured Hadid striking a pose in a form-fitting dress, while another showed Malik gently resting his chin on her baby bump.

"August, waiting for our girl 🥰🥰🥰😭," she captioned the pictures. In the sweet photo, the model smiled as the former One Direction member cradled their newborn in his arms — who was dressed as a tiny Incredible Hulk.